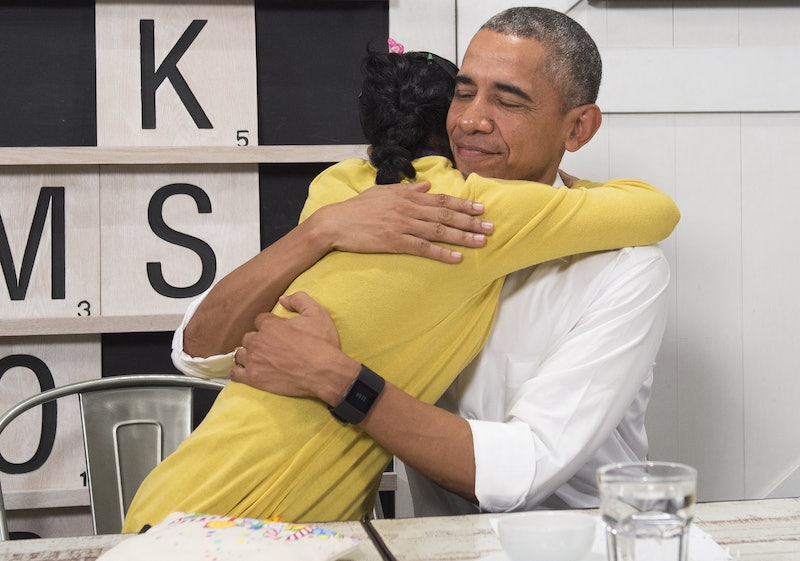 This is a devastating thing to write, and I say that as a person who isn't even American: We now have to say goodbye to the Obamas, and to the most feminist president that ever held the office of commander in chief. And that's a hard thing to do.

It's been a long, weird slog for gender equality in the top spot at the White House, from John Adam's condescending response to his wife's plea to "remember the ladies" when giving the rights of representation (he said jokingly that "Depend upon it, We know better than to repeal our Masculine systems," because "in Practice you know We are the subjects" to "the Despotism of the Petticoat") onward. The Obama White House, by contrast, was willing to put its money and its laws where its mouth was, to put gender equality into action, and to stir the pot along the way. Facing an uncertain future, we must assess this legacy as historically remarkable.

They've also been open to dissenting voices from women. Malala Yousafzai, feminist heroine to an entire generation for surviving a shot to the head by the Taliban while attempting to get an education, met the Obamas to make criticisms of drone warfare, for example. Now that President Donald Trump has taken office, I, for one, hope that the sheer precedent of feminist triumph in his predecessor leaves him a little bit cowed, and a little less prone to take away the freedoms Obama gave women.