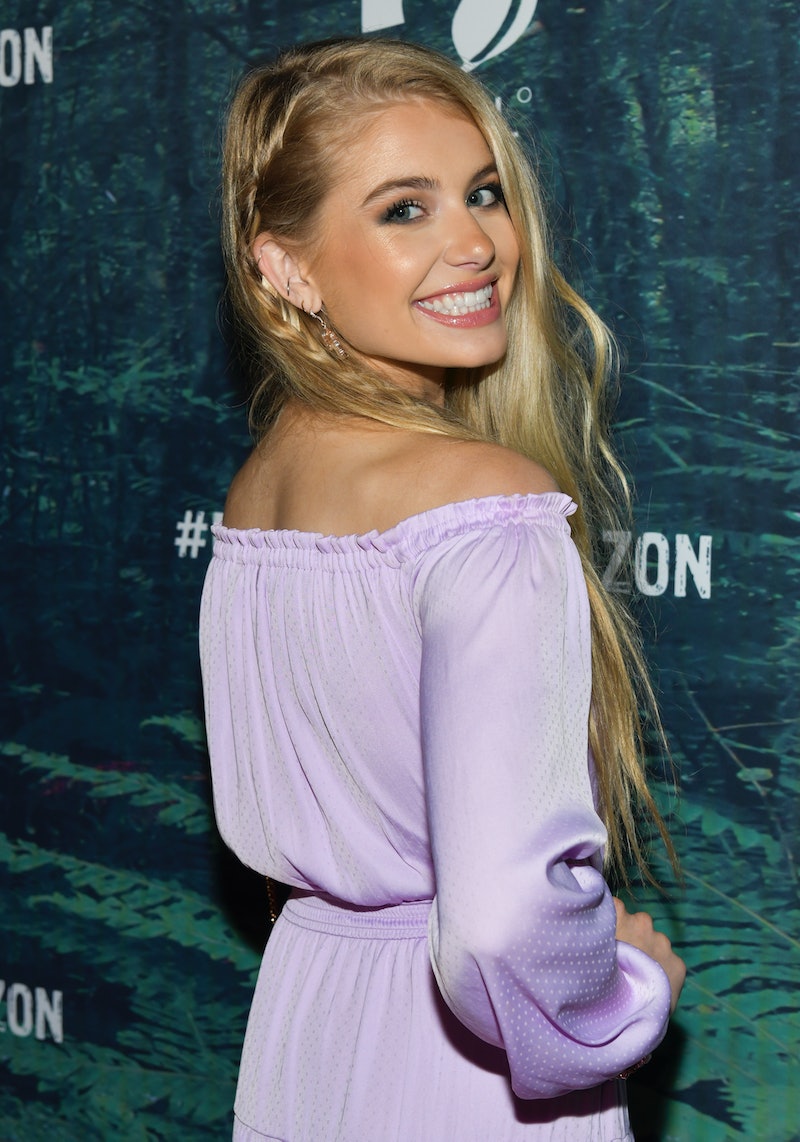 Is there a budding new romance in Bachelor Nation? Several months after calling off her engagement, The Bachelor's Demi Burnett has a new boyfriend, or at least that's what her Instagram seems to indicate. While out celebrating her 25th birthday on Friday, Feb. 21, Demi posted a photo of her kissing a man with the caption: "The present I never knew I needed." The BiP alum tagged Los Angeles-based musician Slater Davis in the pic. Bustle reached out to Demi's rep for confirmation but did not hear back at the time of publication.

The same image was among the photos and videos from the bash that posted to his Instagram Stories. An earlier post showing a "thirsty" Demi in a restaurant with several glasses of juice and a couple champagne flutes placed in front of her seems to indicate they had kicked off the day at a boozy brunch. He can also be seen in the background of other Instagram Stories taken at her birthday party pre-game shared to hear official account.

While it isn't totally clear how the pair met, there's a pretty good chance Demi's Bachelor in Paradise costar Katie Morton had something to do with it. "Yo million dollar match maker," Katie, who was also part of the birthday festivities, commented under Demi's Instagram post. Other Bachelor Nation pals giving their seals of approval in the comments section included: Tracy Shapoff, Onyeka Ehie, Caitlin Clemmens, and Elyse Dehlbom.

Demi and girlfriend Kristian Haggerty had previously gotten engaged on the summer 2019 BiP Season 6 finale, before announcing their split on Oct. 31. "With a heavy heart full of love for one another we have decided it is best for us to take a step back from our relationship," Demi captioned an Instagram post about their breakup. "We ultimately want what is best for us in the long run and for us right now, that means being apart and growing individually." (Kristian posted the same message on her own Instagram account, too.)

Bachelor mainstay Nick Viall and Demi, who walked the 2020 Golden Globes red carpet together, had also recently sparked dating rumors, though both have denied them. During an episode of the former's Viall Files podcast back in Nov. 2019, Nick called Demi a "dear friend" with whom he'd become very close. "I care very much about her," he said on air.

Demi's birthday kiss with Davis should certainly put the kibosh on that speculation, as her 25th year seems to be about new beginnings.