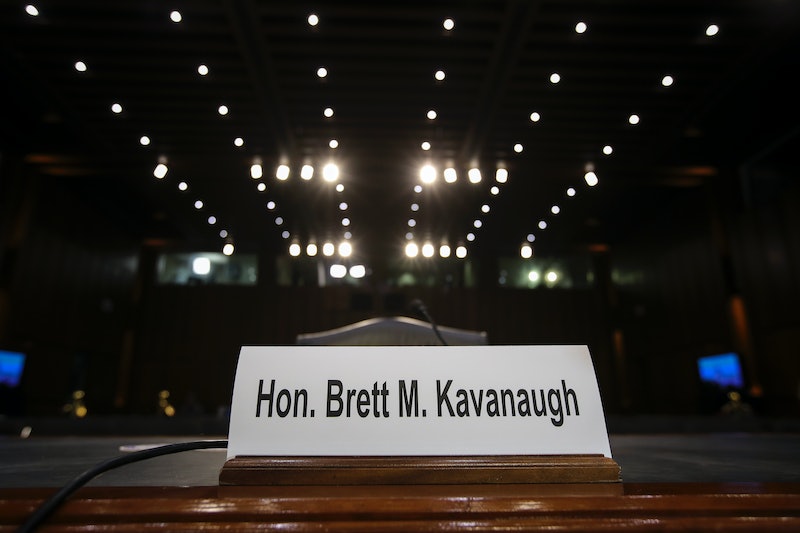 Confirmation hearings for President Donald Trump's new U.S. Supreme Court nominee got off to a rocky start. Brett Kavanaugh's hearing began with Democratic senators moving to adjourn on Tuesday, Sept. 4, speaking over the Senate Judiciary Committee's chairman as he tried to proceed.

"We have said for a long period of time that we were going to proceed on this very day, and I think we ought to give the American people the opportunity to hear whether Judge Kavanaugh should be on the Supreme Court or not," said Sen. Chuck Grassley (R-IA), the committee's chairman, in an attempt to quiet Democratic senators. The minority party was voicing concerns that thousands of documents related to Kavanaugh's time serving in the Bush administration were turned over hours before the hearing began, as The Washington Post reports.

Booker continued: "What is the rush? What are we trying to hide by not having the documents out front?"

But Democrats specifically took issue with the documents from Kavanaugh's time serving as a lawyer for former President George W. Bush. After 42,000 pages were given to senators the night before Tuesday's hearing, Sen. Chuck Schumer (D-NY) tweeted that "not a single senator will be able to review these records before tomorrow." Those concerns were brought up on Tuesday morning as Democrats called for a vote on whether or not to postpone the hearing.

Democrats in protest of the hearing also pointed out that former President Obama's Supreme Court nominee wasn't even granted a hearing, while they believe President Trump's nominee is being rushed through the confirmation process.

"When Justice Scalia died, Republicans refused to even a meeting in their office with President Obama's nominee and held the seat open for more than a year. Now, with a Republican in the White House, they changed their position," Sen. Dianne Feinstein (D-CA) said at the hearing.

Democratic senators weren't the only ones speaking out against Kavanaugh's confirmation hearing — other protesters could also be heard shouting "vote no" in videos of the proceedings. Kavanaugh sat quietly as the commotion somewhat died down and Grassley told protesters that they would be escorted out if they interrupted the hearing.

As committee members continued to debate among themselves, Harris tweeted: "We cannot possibly move forward."