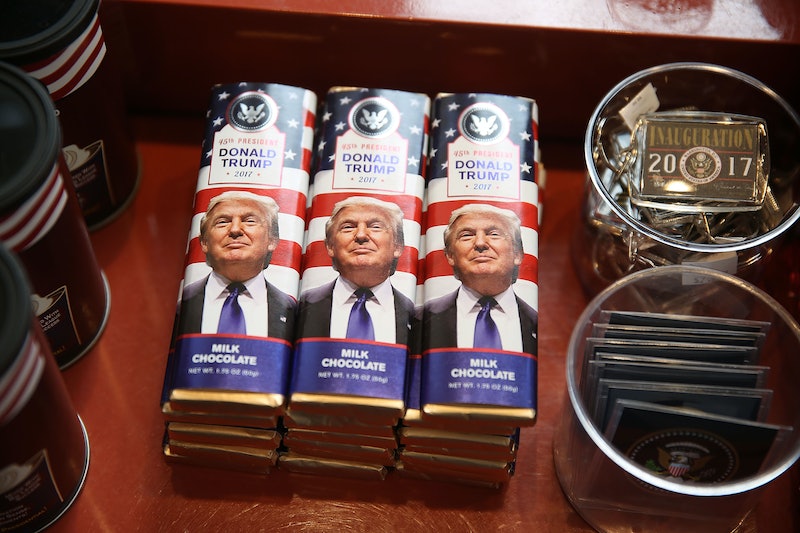 The newly-minted Trump administration is off to a rocky start. First there was the whole lying directly to the press thing, then the "alternative facts" thing, and now a liberal organization will test whether Trump's "alternative facts" can actually hold up in court. Specifically, they're doing what's been expected for a while and going after his foreign business ties. The group, called Citizens for Responsibility and Ethics in Washington (CREW), is alleging that Trump's foreign business dealings create multiple conflicts of interest and open him up to foreign influences. (The president has repeatedly denied that he has any conflicts of interest.) The group is not suing for money; instead, they're asking the court to order Trump to not accept payments from foreign government bodies.

The group is basing their claim on the much-discussed Emoluments Clause of the U.S. Constitution, which bars any person holding a government office from accepting any monetary payments, or emoluments, from foreign government entities. In their view, Trump is allegedly in violation of the Constitution. (Trump says he has relinquished control of all of his Trump-branded businesses, although ProPublica could find no record of the paperwork.)

Trump and his team have tried to get out ahead of lawsuits like this one. Their defenses have ranged from Trump saying that "the president can't have a conflict of interest", to his lawyer, Sherri Dillon, saying at the press conference prior to his inauguration that paying for a hotel room didn't count as an emolument.

However, the group of Constitutional scholars and lawyers behind the lawsuit have some "alternative facts" for the defenses that the Trump has attempted to put up. The Emoluments Clause, they say, refers to anything of value, and the founders included it there because they had paid attention to rulers in history who were easily bought out by foreign powers. They point to the ease with which foreign governments could allegedly attempt to influence Trump by staying at his hotels as one example of how he's violating the Constitution. The president denies that this could ever be the case.

Another key point of the lawsuit? The team behind it will use it to try to get a copy of Trump's tax returns. They would be extremely relevant to the case, as it's still unclear what Trump's foreign monetary ties are. Trump and his team have claimed over and over that he is under audit and that the documents would be released when that's done, but that reasoning absolutely doesn't hold water — no matter how many times he and Kellyanne Conway trot it out. No matter what happens with the lawsuit, this could potentially be the most important part of it.

Trump has lied so many times that it gets tiresome to keep talking about this propensity of his, but his lies have never actually been addressed in a court of law. If this lawsuit — or one of the many others that are reportedly brewing — is accepted, then all of that could change. If all continues to work as expected, then Trump and his team should be warned that courts tend to rely on the real facts and not on the alternative ones.