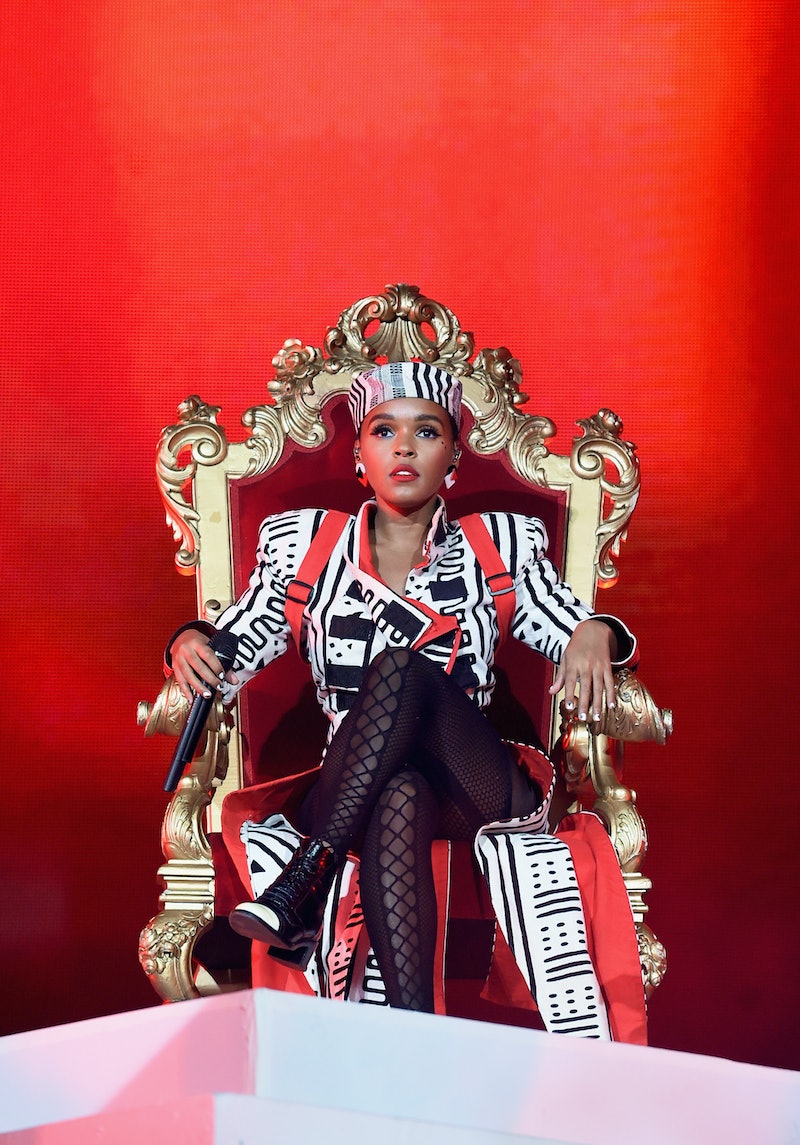 Janelle Monaé has proven herself to be an important voice against injustice, racism, and homophobia, especially on her Grammy-nominated album Dirty Computer. And now, she's about to tackle some racial problems within an entirely new world: Disney. Janelle Monáe is creating new music for the Lady and the Tramp remake, which will include a new, and presumably less racist, version of “The Siamese Cat Song."

As reported by Variety, Monáe will record two original songs for the highly anticipated live-action reboot, which will also feature a voice role from the artist herself. In addition to playing Peg in the film, Monáe's musical collective Wondaland will reportedly be “reinventing” the problematic “Siamese Cat Song” song for the film. The famous track was originally recorded by Peggy Lee and sung by feline duo Si and Am in the original 1955 film.

“The Siamese Cat Song” and its most catchy lyrics, “We are Siamese if you please / We are Siamese if you don’t please”, as well as the pair of siamese cats that sing it, have drawn significant controversy for its embodiment of problematic Asian stereotypes over the years. The animated film depicts the cats as sneaky and almost evil creatures, a false and harmful stereotype of East Asians, complete with the racist depiction of narrow eyes and very thick accents.

Luckily, it seems that Disney is looking back on this as an ill-advised move and is doing what they can to repeat past mistakes in the new remake. In fact, Variety reported that the felines in the new film will not even be Siamese cats, but the new breed is still yet to be confirmed.

Wondaland contributors Nate “Rocket” Wonder and Roman GianArthur are working on a new song for the pair of famous cats. “We’re dealing with Wondaland, her team of incredibly creative writers and producers that she works with. So our director has engaged with her in terms of what the storytelling [of] the song needs to be,” Kaylin Frank, vice president in Creative Music and Soundtracks at Disney, said to Variety.

Frank also told the outlet that Monáe’s personal sound will be represented in the new film, in conjunction with the original film’s 1920s feel and heavy use of blues music. While still unconfirmed, there’s reportedly also a big chance that Wondaland will create a fresh take on another one of the film’s signature tracks, "He’s A Tramp."

A revamp of “The Siamese Cat Song” would be a welcome change for the upcoming film, and it wouldn’t be the first inclusive or culturally sensitive upgrade Disney has given its live-action reboots. The “exclusively gay” moment in the new Beauty and the Beast with Josh Gad's character LeFou was an utter delight to watch. Additionally, the upcoming live-action remakes of Aladdin and Mulan also aim to accurately depict their characters’ racial identities and cultural heritages.

Disney's new Lady and the Tramp film stars Justin Theroux and Tessa Thompson in the lead voice roles, and will premiere on Disney’s upcoming streaming service, Disney+. It has not yet been confirmed if the film will be available upon the service's launch in November or shortly after, but regardless, it should give songwriters enough time to clear up any lingering racism.

More like this
Craig David Is Still Slicker Than Your Average
By Olivia-Anne Cleary
The Spice Girls Just Dropped A Brand New Music Video
By Sam Ramsden
20 Years Later, Kelly Clarkson & 'American Idol' Judges Reunite For Her Hollywood Walk Of Fame Star
By Radhika Menon
20 Photos Of The 'Hocus Pocus' Cast Then & Now
By Radhika Menon
Get Even More From Bustle — Sign Up For The Newsletter