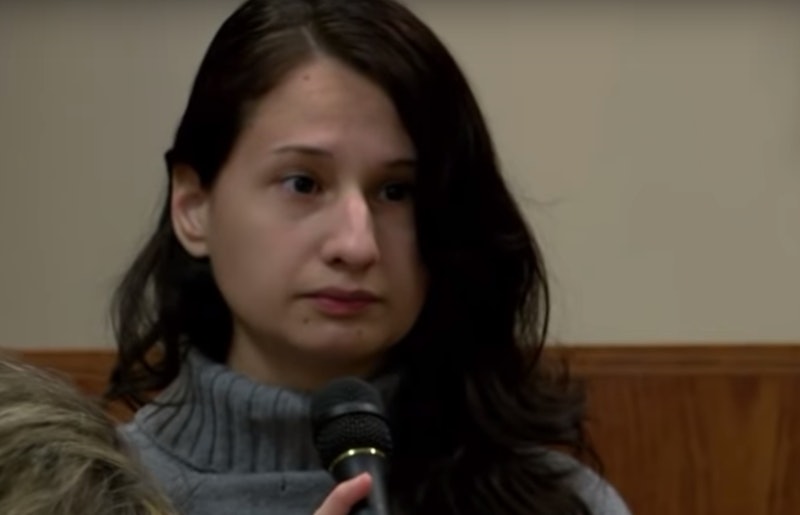 Spoilers ahead for the Season 1 finale of The Act. In the Season 1 finale of Hulu's The Act, Gypsy Rose Blanchard and Nick Godejohn are arrested and sent to the county jail to await their trials. The reality of the situation isn't lost on Gypsy, but it seems to be at least a a little lost on Nick. He tells Gypsy they will get through it together, like Bonnie and Clyde. But when Gypsy learns that the infamous couple died together, she tells Nick she doesn't want that. And when her court case is separated from his (meaning they'll be tried as individuals), Nick looks devastated. The show is, of course, a dramatized retelling of the real case, but now, almost four years after Dee Dee's murder, do Gypsy and Nick still talk IRL? Or have their lives stayed as separate as Gypsy seemed to want them to in The Act?

Today, Gypsy is halfway through a 10 year prison sentence for her role in her mother Dee Dee's murder. Godejohn, who carried out the actual killing, is in prison for life without parole. There's no evidence that the pair are still in communication. Gypsy did testify at Godejohn's trial in November 2018, but as they're both in prison, that's the last time the pair saw each other. They didn't speak directly at the trial, but they were both in attendance, as you can see in the image below.

Fancy Macelli, who is reportedly handling press for the Blanchard family, claimed to InTouch that Godejohn does want to talk to Gypsy. "He did send her a letter and she just threw it away," Macelli claimed. "I don't think they're supposed to communicate, but she just has no interest in that part of her life."

Gypsy has moved so far on, in fact, that she's now reportedly engaged to another man. "They are very happy," Macelli told People of the pair, who she said met through a prison pen pal system. "You can hear excitement in her voice." (Bustle reached out to Gypsy for comment on the engagement reports, but did not receive a response).

According to People, Gypsy and her reported fiancé have known each other for a year and a half, though they have yet to meet in person. Her fiancé first wrote Gypsy following the HBO release of Mommy Dead and Dearest, People continued. The documentary also explored Dee Dee's and Gypsy's story.

Godejohn told ABC News' 20/20 in 2018 that, following the murder and their arrests, he felt "betrayed" by Gypsy. "I loved Gypsy to the point where I would ... do anything for her. I've proven that with what I did," Godejohn said. "Unfortunately, because of how far I went, I feel as if she's betrayed me. I feel that she's abandoned me."

He also said he still loved Gypsy, who he met on a Christian dating website in 2012. "I truly believed that she was, like, my soulmate," Godejohn said. "There is a part of me that will probably always love her, but she's hurt me so badly ... I guess you could say my feelings got the best of me. I ended up loving someone way too much."

Gypsy told 20/20 that she now thinks Godejohn shared traits with her mother. "Both of them were very controlling," Gypsy claimed. "I feel like I was trained my whole life to do as I was told, and I feel like he wanted that for a girlfriend."

Between Godejohn's general hurt over the whole thing and Gypsy's new relationship, it doesn't seem like there's much for Gypsy and Godejohn to talk about now. She's moving forward with her life, which is all she wanted to do in the first place.