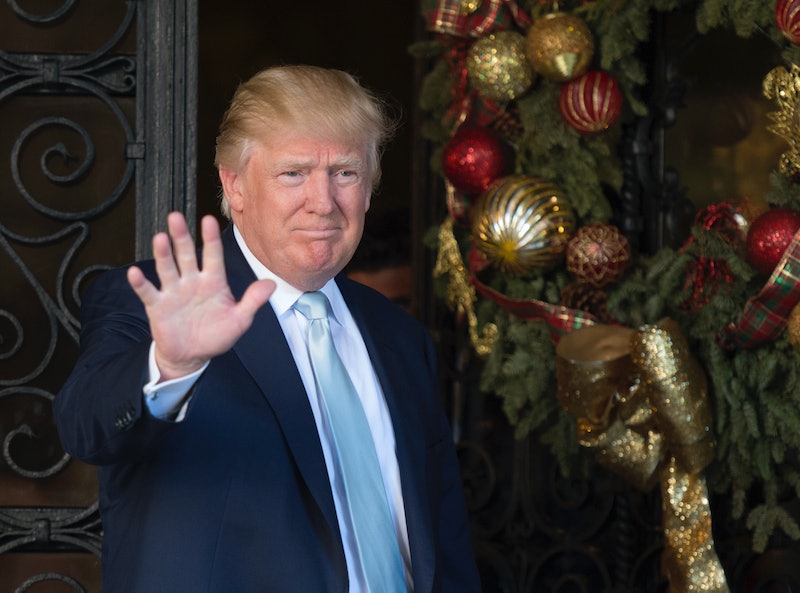 On Jan. 20, 2017, the presidential inauguration will commence, and Donald Trump will be sworn in as the 45th president of the United States. Afterward, the traditional post-ceremonial party will begin, aka the Inaugural Ball. Many people may be wondering if they need to pay to get into the Inaugural Ball, and other relevant attendance policies.

As per the American tradition, hundreds of thousands of people flock to the capital city to witness and celebrate the White House's biggest event. In order to attend the actual inauguration, which takes place on the West Lawn of the U.S. Capitol, you need to apply for a ticket via your senator's office. This complicated ticketing for the daytime event has left a lot of people confused about the details of attending other nighttime events related to the inauguration, and the answer is complicated.

First of all, there's more than one Inaugural Ball. Each year, there are a few different official celebrations, including one for the armed forces and first responders. But the ball that everyone pays the most attention to is the American Ball, the one with music acts and celebrities — and you better believe Trump is going to be attending this one. You also better believe there will be a lot fewer celebrities and impressive musical acts than at President Obama's inaugural balls — understandably so.

The ball to be at is at the Hyatt Regency, and tickets cost a whopping $350. But, if you're really dying to go to this party, you can buy your tickets in advance for only $250, though only a limited amount of the discounted tickets remain. Here's what your money will get you at the American Ball.

A Glimpse Of Host Buzz Aldrin On Earth

Yes, for some reason, Buzz Aldrin is hosting the event.

Some Tunes By Beau Davidson

Beau Davidson is apparently a country star, and he'll be singing at the party.

The Reagan Years, an '80s cover band, will take the stage.

Performances By A Wedding Singer

Not the wedding singer — rather, The Mixx, a band that often plays at weddings, will perform.

The invitation promises multiple open bars for the sake of shorter lines. So that's a thing.

Basically, they want you to eat dinner first.

More like this
Mel C Wants You To Know That Margaret Thatcher Wasn’t A Spice Girl
By Darshita Goyal
Will Archie & Lilibet Attend The Queen's Funeral?
By Sam Ramsden
Here’s Everything You Need To Know About Operation London Bridge
By Bustle UK
Two UK Cities Are Now In The Running To Host Eurovision 2023
By Sam Ramsden and Rachel Mantock
Get Even More From Bustle — Sign Up For The Newsletter