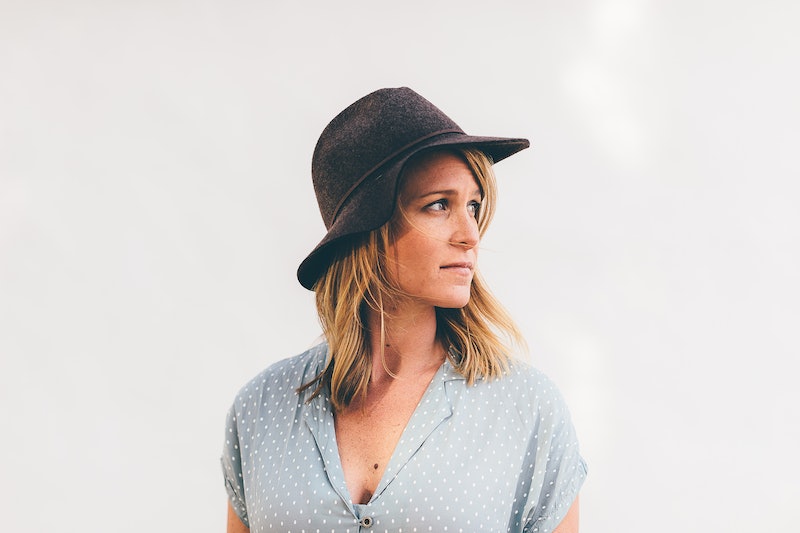 When I first got my period in July 2001, my mom scrambled to find pads, and my dad attempted to comfort me while I sobbed in the guest bedroom of the friend’s house where we were staying. “Well,” he said, patting me stiffly on the shoulder, “You’re a woman now.”

At 10 years old, I was decidedly not a woman. I still played with toy horses, and had a night light, and it would be years before I could correctly spell "Wednesday" or "February". Culturally and historically however, he wasn’t entirely wrong. A woman’s identity has long been so inextricably connected to her period — when she gets it, how she acts on it, when she doesn’t get it because she’s pregnant, when she stops getting it — that only recently have people begun to ask whether getting a period is actually necessary.

Science is increasingly embracing the idea that no, a monthly period is not necessary. As Alyssa Dweck, an assistant clinical professor of OB/GYN at Mt. Sinai School of Medicine in New York told The Atlantic: “There is no medical reason why a woman has to menstruate every month, and there is nothing wrong with tweaking the system if bleeding is difficult for women.”

In fact, one of the only reasons birth control was designed to allow women to bleed once a month was because women asked for it.

“When people were designing the pill, they asked women what they wanted, and women said they wanted to have a period to confirm they’re not pregnant,” said James Segars, director of the division of reproductive science and women’s health research at Johns Hopkins University’s department of gynecology and obstetrics. “The period you have on birth-control pills is totally pharmacologic.”

Some experts also believe that because on the doctors who invented birth control was Catholic, he designed them so women would still get periods because he thought that may make the Pope see them as more natural. (It did not.)

So, great! We can all say goodbye to our periods now, right? Well, not so fast, according to some medical professionals. While there is no evidence that suppressing one's menstrual cycle affects fertility, some doctors say we still don't know enough to confirm the practice is 100 percent safe, especially among teens.

Prior also cautions against approaching periods like a problem that needs to be solved, instead a naturally occurring cycle experienced by women and some trans men.

"I think there is value in understanding and appreciating our own intrinsic hormonal cycles," Prior says. "It's our identity."

Indeed, many women feel their periods are something to be celebrated and embraced. And given that, for far too long, periods have been seen as taboo, unclean, and just generally icky, this is a valuable point of view. (That day in July 2001 was both the first and the last time my father and I ever discussed my period. Now whenever I ask my mom for a tampon he groans and slams his hands over his ears.)

That being said, the choice of whether or not to have a period should be up to the person having it, and no one else. A 2012 study found that, given the option, one third of women would choose to continue with their periods, and two thirds would choose to suppress it — and those numbers may be even higher today given the increasing prevalence of birth IUDs, contraceptive injections, and other birth control methods that lighten the period, or stop it altogether.

So, whether you want to celebrate your period or suppress it, the choice is yours. As far as doctors are concerned, both options are fairly healthy. Just make sure to review all of your options and talk to a medical professional before you decide what's best for you.

More like this
This Psychological Effect Might Be Keeping You From Hitting Your Goals
By Lexi Inks
I Tried The Air Up Water Bottle, Which Flavors Your Drink With Scents
By Carolyn Steber
How Yin Yoga Delivers TLC To Tight Muscles
By Carolyn Steber
All The Benefits You Get From Sitting In A Sauna
By Carolyn Steber
Get Even More From Bustle — Sign Up For The Newsletter