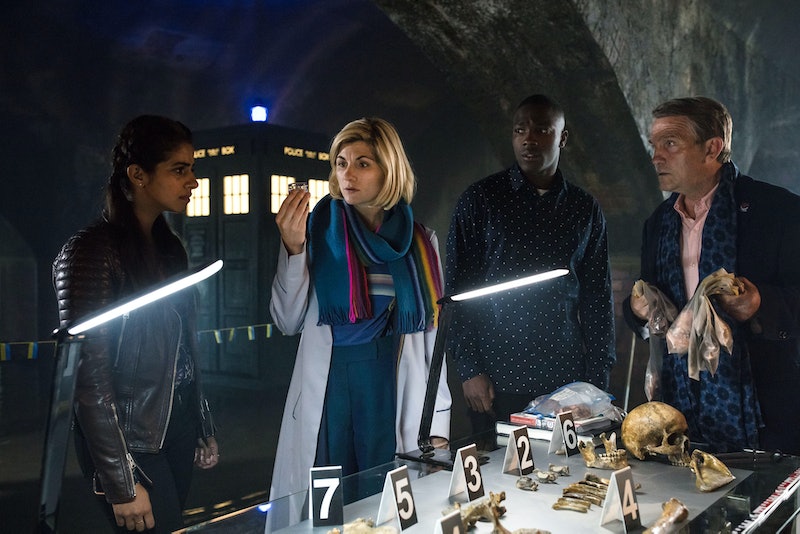 It's likely that quite a few shows will take a leaf out of Black Mirror's 'Bandersnatch' book. No matter what you thought of it, the interactive episode was one of the first of its kind, and it's set a high standard for all the TV that has to follow it. You might have known for a while now that Doctor Who is trying out the interactive episode experiment for itself, but it's seen Black Mirror's 'Bandersnatch', and is raising the game. That's because Doctor Who's interactive episode will involve virtual reality, as the BBC is encouraging the nation to put on a headset.

The interactive, virtual reality episode was announced by the BBC on earlier this year, as they revealed in a statement: "The new original story set in the TARDIS will see Jodie Whittaker reprise her role as the Doctor in animated form. It will run for around 12 minutes and will be available on selected VR headsets in the coming months."

In this episode, with the aid of a VR headset, you'll be playing the part of the Doctor's champion as you come face to face with a deadly threat from inside the Tardis. In fact, it's all part of the BBC's initiative to bring VR to the mainstream.

As Zillah Watson, the BBC's head of VR said: “Our team at the BBC VR Hub has been creating new experiences with the goal of helping to usher virtual reality into the mainstream, and Doctor Who is exactly the sort of series that can help more people to try this new technology. The show has been pushing boundaries for over 55 years, and VR enables Doctor Who to explore a whole new dimension of storytelling.”

The Guardian gave fans a little taste of what to expect in their review of the episode. As the paper reports, the episode's titled 'The Runaway,' and it'll see you and the Doctor attempting to transport an alien back to its home planet.

The paper praises the episode for the "witty monologue" delivered by Whittaker, and how the animation — intended to be Pixar-like, according to the BBC's press release — "gives the clearest view to date inside the Thirteenth Doctor’s Tardis, as it is much more brightly lit than it has been on the TV show." As Digital Spy writes, Whovians who don't have headsets at home needn't worry, as the episode's going on tour, and it could come to a library near you.

The list of libraries screening "The Runaway" with VR headsets will be updated weekly on this website, so make sure to keep checking in if you don't see your local one on there. Or, if you're feeling too impatient to wait, and even more intrigued by VR because of this Doctor Who curveball, then you could opt to buy a VR headset for yourself. While they vary in price, some a far more cheaper than you'd think. This decent model from Samsung is currently going for less than £19.00 on Amazon Prime, so plug in.