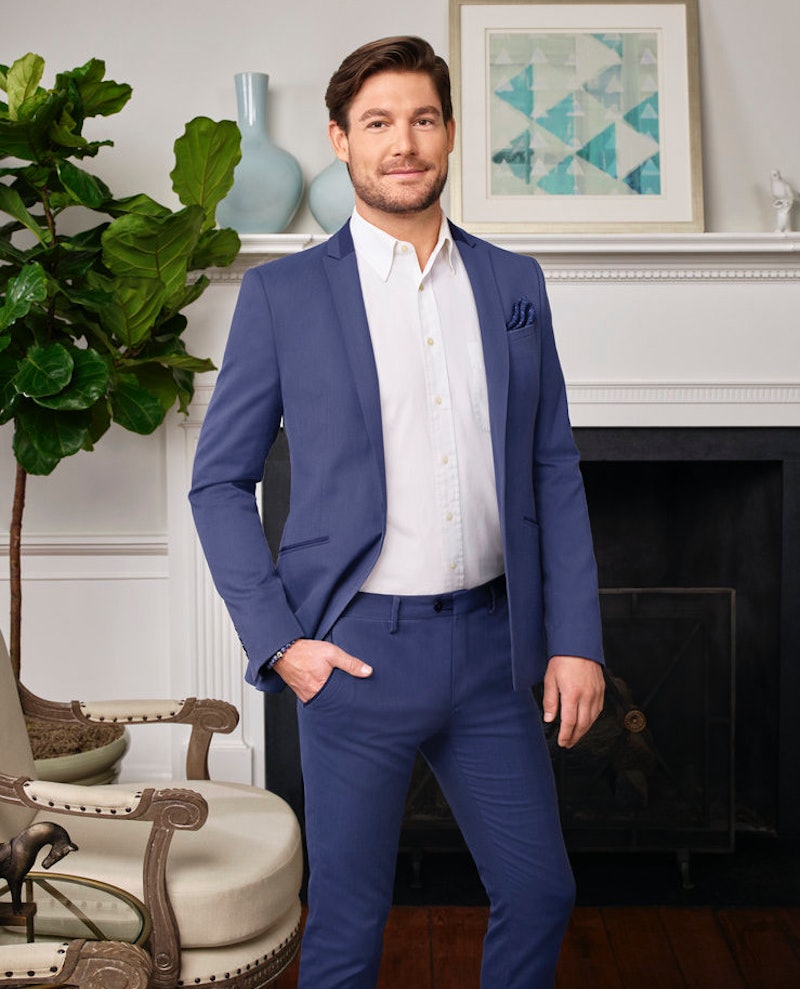 The Southern Charm cast members gave Craig Conover a lot grief for his interest in sewing. That isn't the only thing they've made fun of Craig for, unfortunately. The guy can't seem to catch a break. Hopefully, that changes during Season 6, but what about his sewing career? Does Southern Charm star Craig Conover still make pillows?

During Southern Charm Season 5, Patricia Altschul wanted Craig to make a special pillowcase for her, but he was not able to finish the project in time. As a result, Patricia was disappointed in Craig and Craig felt terrible about not coming through. Ultimately, it just provided more fuel for the castmates' "jokes" about Craig's sewing.

Thankfully, they were able to move past his snafu and she gave him another chance to succeed. This time, their attempt at a joint project resulted in a much better outcome. In fact, Craig and Patricia announced a pillowcase collaboration and the special edition "Craig + Pat Pillow Covers" are available from Patricia's website. They come in two different prints inspired by their shared love for animals.

The collaboration with Patricia isn't Craig's only sewing venture. On March 5, Craig told his Instagram followers, "Big things dropping April 1. Follow @sewingdownsouth for updates and to be the first able to order."

On April 1, Craig announced, "It’s here! To everyone that thought it was an April Fools’ joke — joke’s on you! And to everyone that supported, coached and stood behind me — I can’t wait to continue to create with you."

That's right, haters. Craig has his own lifestyle brand called Sewing Down South. On the brand's website, Craig admitted, "This has been a long time coming and I'm excited you're becoming part of the Sewing Down South family." Then delved into why he loves sewing. Craig shared,

"Sewing has been a point of inspiration, an outlet for creativity, a method to decompress and a way for me to stay true to myself. In the past, I was mocked for enjoying the art and craft of sewing, but now - I'm excited to focus on what brings me and so many others so much joy."

Bravo, Craig. Bravo (pun intended). It's great that he didn't let the doubters bring him down and stop him from pursuing his passion. Aside from the pillowcases, Sewing Down South sells hats, shirts, and tote bags.

Craig even managed to incorporate the joy of sewing and his love for the Bahamas by sewing pillowcases inspired by his experiences there.

It's unfortunate that it was a tough journey for Craig to achieve his goals. However, it seems to be all good now. On April 4, Craig thanked everyone who has loved and supported his new business.

And, yes, that includes support from his fellow Southern Charm cast members. Both Shep Rose and Austen Kroll supported Sewing Down South by holding up new t-shirts from the brand.

For a long time, the Southern Charm star has touted himself as a "new Craig." Now, it seems like he has truly turned a corner. After some teasing from his costars, Craig managed to turn a hobby into a business. Hopefully, Craig's costars will be more supportive from this point forward.

More like this
Are Michael & Sierra Still Together After Bachelor In Paradise?
By Kadin Burnett
Is Salley Actually Going To Be On 'Bachelor In Paradise'?
By Kadin Burnett
What Happened With Justin & Salley Pre-'BiP'? They Fueled Rumors At Stagecoach
By Grace Wehniainen
How Ghosts Inspired Kesha’s New Music
By Jake Viswanath
Get Even More From Bustle — Sign Up For The Newsletter