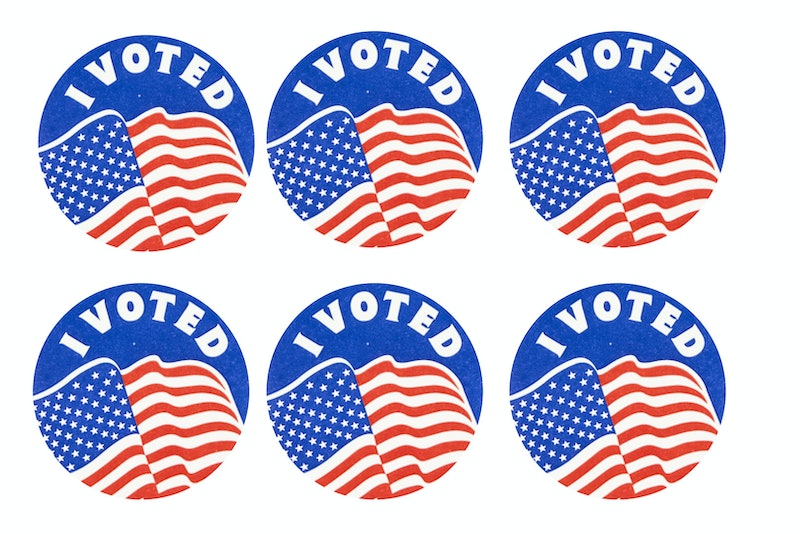 Whether you’re a casual hunter who goes shooting with your parents from time to time or you often find yourself repeatedly tweeting that Onion article about how there’s “no way to prevent” mass violence, you almost certainly have an opinion on gun laws. And you probably know at least one person who has the complete opposite opinion (and you probably keep running into them at family events). But if you’re wondering if things are going to swing your way on gun laws in the midterms, the answer won’t necessarily have you winning future arguments.

In May, CNN reported that there already had been, on average, one school shooting per week in 2018 where there were casualties or deaths. According to in-depth reporting by Vox, there have been over 1,800 mass shootings since the Sandy Hook massacre in December 2012. The United States is alone in these numbers: No other developed country has anywhere near the amount of gun-related deaths that America does.

Adopted in 1791, the Second Amendment states, “A well regulated Militia, being necessary to the security of a free State, the right of the people to keep and bear Arms, shall not be infringed.” Whether those words grant all U.S. citizens the constitutional right to own guns without restriction is a debate that’s been going on for much longer than this election cycle, and the midterms aren’t going to instantly reverse or enshrine gun laws overnight.

But you are voting for the people who make those laws, so your vote does have an effect on policy in the long term. That being the case, you’ll want to do some research on the candidates you’re voting for, their positions, and their voting records on the subject.

It all starts with the Second Amendment. Gun rights activists say it’s self-explanatory: U.S. citizens and residents should have the right to bear arms, end of sentence. Gun control advocates, on the other hand, say that text is centuries-old and argue that firearms and the role they play in everyday life have changed substantially since the Founding Fathers sat down and hashed things out.

The Brady Handgun Violence Prevention Act of 1993 also mandates that anybody who is a licensed firearms dealer must conduct a background check on a prospective buyer. The Protection of Lawful Commerce in Arms Act, signed in 2005, protects gun manufacturers from being hit with civil lawsuits based on crimes committed using firearms. And those are just a few of the federal laws on the books regarding gun ownership and control. As you can see, the conversation has been going pretty much nonstop since 1791, and it doesn’t look likely to end anytime soon.

I thought gun laws were kind of all over the place.

It is left up to each individual state to determine where residents can carry a gun, if they need a permit for their weapon, and whether they're allowed to keep it hidden — that’s called concealed carry.

If you want to find out what gun laws are in your area, there are a number of online tools you can use. If you like getting really into the details, the RAND Corporation, a nonpartisan research organization, released a downloadable database of state firearm laws in 2016. If you’re looking for a more general overview, a team of researchers performed a study, led by the Boston University School of Public Health, in May that also provides a database of state firearm laws.

How can I find out a candidate’s voting record on guns?

In February, NPR published a tool that you can use to find out how the members of Congress who represent your state have voted on major gun legislation over the last 25 years. If you want to find out more about the positions of candidates who haven’t served in public office yet, Vote411 has a personalized ballot tool that includes candidates’ positions on similar issues. If all else fails, you can use one of these tools to find out who your candidate is — and then call them and ask.