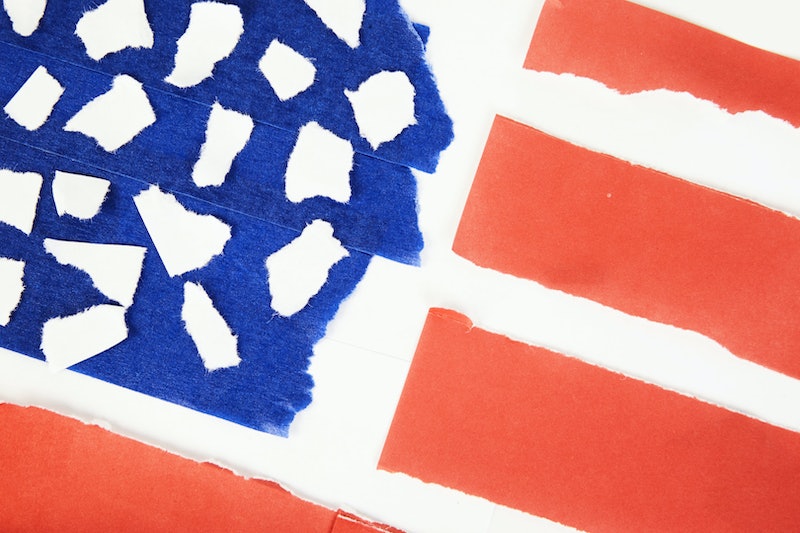 You don't even have to follow the news closely these days to know just how unhappy people are with immigration policy. People on the left aren’t happy, and neither are people on the right. That’s nothing new when it comes to politics — it’s always impossible to please everyone. But if you’re thinking about how you can vote on immigration laws in the midterms, there’s some stuff you should know.

Your vote in the midterms won’t directly affect current immigration law —with one exception, but we’ll come back to that later. Congress has control over most immigration-related regulations because they’re a matter of federal law. But presidents can also use their executive power in this area. Obama issued an executive action expanding immigration protections in 2014 (which the Supreme Court later blocked), and Trump has made several big moves on immigration, like the refugee and travel ban executive order as well as his administration's zero-tolerance immigration policy.

That doesn’t mean your vote won’t indirectly affect immigration law, though. Don’t forget that in the midterms, you’re casting your ballot for members of Congress. They’re the ones who control immigration law, so when you vote in the midterms, you’re voting for the people who make those regulations. If you don’t like the laws that are currently in place, you can vote for a candidate who wants to change or overturn those laws. And if you do like them, you can vote for a candidate who supports current regulations.

Now for that one exception: There is one state where you can directly vote on a ballot measure that has to do with immigration this November. Normally, your state legislature decides whether or not a bill will become state law. But with a ballot measure, voters like you get to decide on policy. So if you live in Oregon, when you head to the polls on Nov. 6, you’ll have the chance to vote directly on whether to repeal or keep a specific immigration law that cements Oregon’s status as a sanctuary state.

In Oregon, law currently prohibits state agencies from using resources or personnel “for the purpose of detecting or apprehending” people who violated immigration law but haven’t broken any other laws. Three Republican members of the Oregon state House of Representatives proposed a ballot measure that would roll back that sanctuary status, and that’s what Oregonians will see on their ballots in November.

Wow, I need to learn more about what my local candidates think about immigration.

If you want your vote in November to have an impact on immigration law, your best bet is to find a candidate who shares your position on the issue and cast your ballot accordingly.

There are some great resources to find out where the candidates in your district stand. VOTE411.org has a tool that will match your location to the races and candidates you’ll encounter on your ballot on Election Day. From there, you can do a little more research and find out where those candidates stand on immigration and what changes they’d push for if elected.