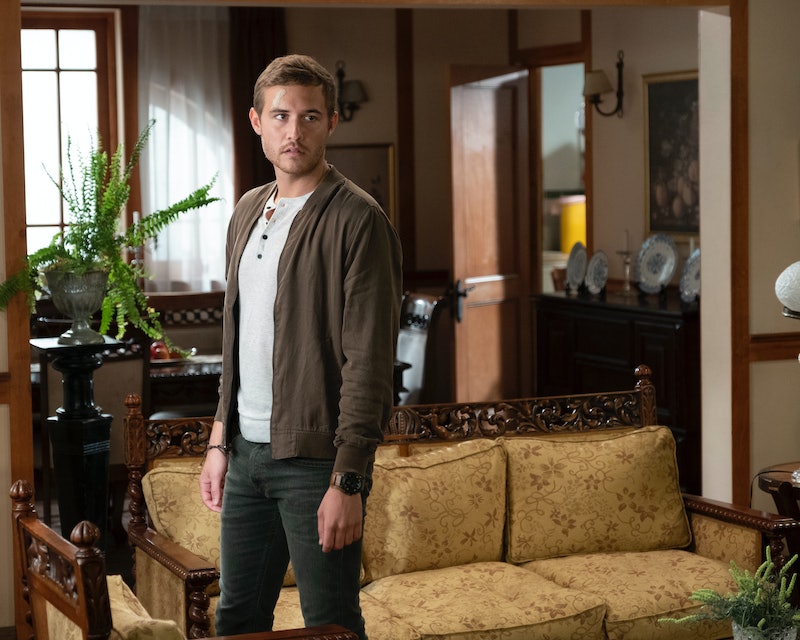 Dealing with so much drama for weeks on end would put a certain level of strain on anyone. But how far is too far until a person is pushed past their breaking point? Because while some fans may be worried that Madison will self-eliminate next week, it's now looking just as likely that Peter could quit The Bachelor instead. The latest promo for the season shows the handsome pilot looking stressed out and concerned over the circumstances he's found himself in, which could be making him question what he's even doing on the show to begin with.

"I am so emotionally drained right now," Peter is shown saying before the footage cuts to the Women Tell All portion of next week's episode. However, it's the section afterward that seems to be the most cause for concern. The final part of the clip teases the actual finale two weeks from now and hints that Peter will find himself feeling more lost than ever before. This also includes him ending one of his remaining relationships, but which one? "I'm so grateful for our relationship, but it's all over," he states in the promo before the clip jumps to a different moment, when he is brought to actual tears. "I don't even know how to do this," he adds. "My heart is like broken right now."

Right at the very beginning of his season, Peter insisted that his Bachelor journey cannot be spoiled. "I’m very confident that no one is going to be able to spoil it," he told The Hollywood Reporter back in January. "There’s a reason I believe that, and obviously can’t say it otherwise it gives it away." Well, Peter quitting his own show would certainly be an unexpected twist, and it would definitely make the season impossible to spoil in terms of who he might end up with. But that's not the only thing that suggests Peter might end up walking away from The Bachelor.

Peter has struggled to figure out what he wants throughout the majority of the season. Some of his decisions have been downright puzzling — like how he eliminated Alayah twice and continues to keep Victoria F. around despite all the red flags, just to name a few. It's undoubtedly difficult to make such important decisions while in the spotlight, and perhaps the pressure becomes too great, prompting him to ultimately walk out the door for good.

Colton Underwood pulled a similar move last year after he iconically jumped the fence and opted to break up with his remaining contestants in order to pursue Cassie. Peter's circumstances are a little different, though him leaving the show could be a way to try and prove to Madison how much he wants to be with her. But even if that isn't the case, Peter may just want out of the whole experience in general. It wouldn't be the happy ending anyone was hoping for, but it could end up being his only option.