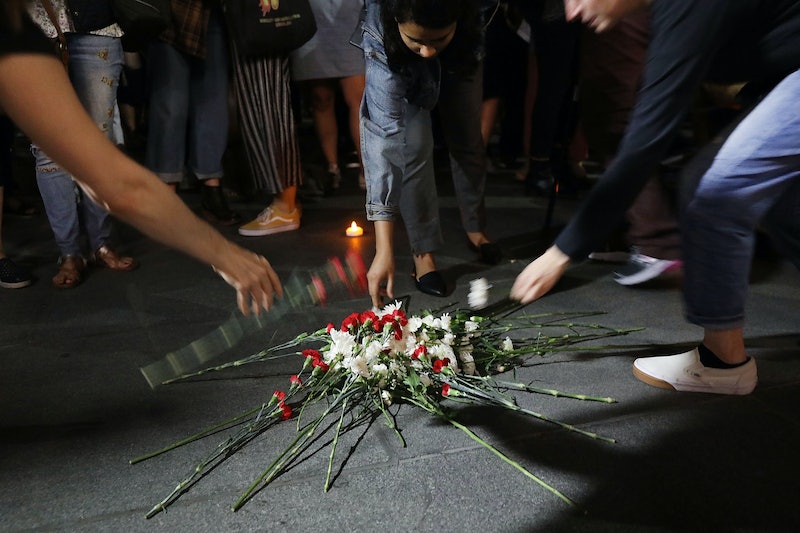 A research paper published in March found that domestic violence murder rates have been rising for years — and guns might be partially to blame. The study found that intimate partner violence, after declining regularly for decades, began rising in 2014, and hasn't stopped rising since.

Between 2014 and 2017, the number of annual intimate partner homicides increased steadily every year, the paper by Northeastern University criminologist James Alan Fox and Ph.D. student Emma Fridel found, and rose by 19% in total during that time. The majority of the victims were women, according to HuffPost; Fox and Fridel's researched showed that on average, four women are killed by their significant others every day.

“Regardless of the whys, efforts to disarm abusers and stalkers are critical,” Fox told HuffPost. “All too often, guns that are purchased and kept in the home, ostensibly for the purpose of self-defense, end up being used against a family member.”

Fox encouraged Congress to reauthorize the Violence Against Women Act, the newest version of which includes a provision banning people who've been convicted of domestic violence or stalking crimes from purchasing guns. Many Republicans have long been opposed to VAWA, and while the House of Representatives reauthorized the law in April, the GOP-controlled Senate has so far refused to do so.

“We need the Violence Against Women Act to be reenacted,” Fox told HuffPost. “And we need more than that.”

Fox and Fridel's research also shed light on exactly why domestic violence murders have declined between 1976 and 2014. That decrease, according to their paper, was mostly the result of fewer women killing their male partners. As HuffPost notes, this could be due to the advent of no-fault divorce laws, domestic violence shelters, and other mechanisms that give women options for escaping abusive relationships that weren't available before the 1970s.

“Ironically, the largest beneficiaries [of the decrease in domestic violence murders] have been men," Fox told HuffPost. “Women are feeling less trapped and less like their only option to get out of an abusive relationship is to pick up a loaded gun."

Existing research has shown that women are far more likely than men to be be fatally shot by their romantic partners. According to government data reviewed by the Associated Press, 6,875 people in the United States were shot and killed by intimate partners between 2006 and 2014, and 80% of the victims were women. According to The Trace, that works out to an average of 554 women fatally shot by their partners every year — or one every 16 hours.