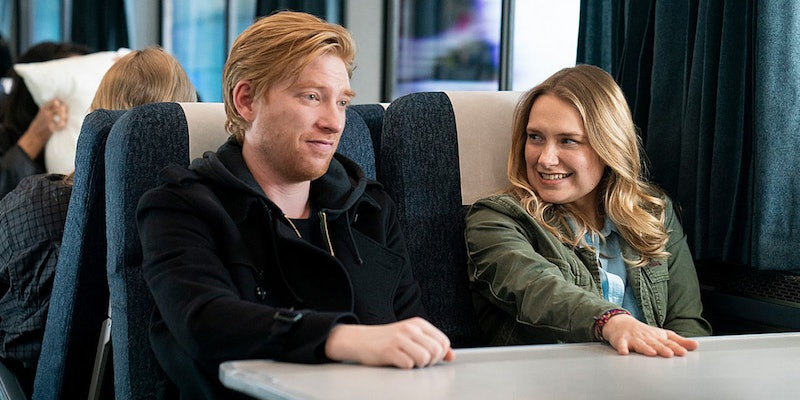 Are there any promises you made way back in your wild and reckless youth that you haven't thought about since? Well, imagine someone from your past resurfaced to hold you to one of the stranger of those promises. That's exactly what happens in Sky's new comedy thriller Run.

Run tells the tale of a woman whose regular not-so-exciting life is sent into a tailspin after receiving a text from her college ex, who has gotten back in touch to collect on a pact they made 17 years previously. The promise was this: if one of them sent the text "Run" to the other, they'd meet at New York's Grand Central Station and go on a journey across America. The text leads to the pair reuniting and embarking on an intense and thrilling journey filled with more twists and turns than your average country road.

The first trailer for the show, which was released on Feb. 17, bodes well for the series ahead. Protagonists Ruby and Bill have the rushed excitement of two individuals who can't quite believe what they're doing. Clearly, a lot has been left unsaid between these two and we're about to see what happens when it all comes out.

Described as rom-com/thriller, Ruby's decision to drop everything and leave her safe life for a second shot with an old flame will almost definitely tempt you to have a peak at your ex's Instagram.

If you weren't already sold on the show, then you should know there are some major names involved. Fleabag's Phoebe Waller-Bridge not only appears in the eight-part series, but executive produced it. Run is written and produced by Vicky Jones, who worked with Waller-Bridge on Killing Eve and Fleabag. Meanwhile in the cast, Merritt Wever of Nurse Jackie stars as Ruby and Domhnall Gleeson of Star Wars: The Rise of Skywalker is Bill. Some may also recognise Gleeson as the lead in Richard Curtis' charming rom com, About Time.