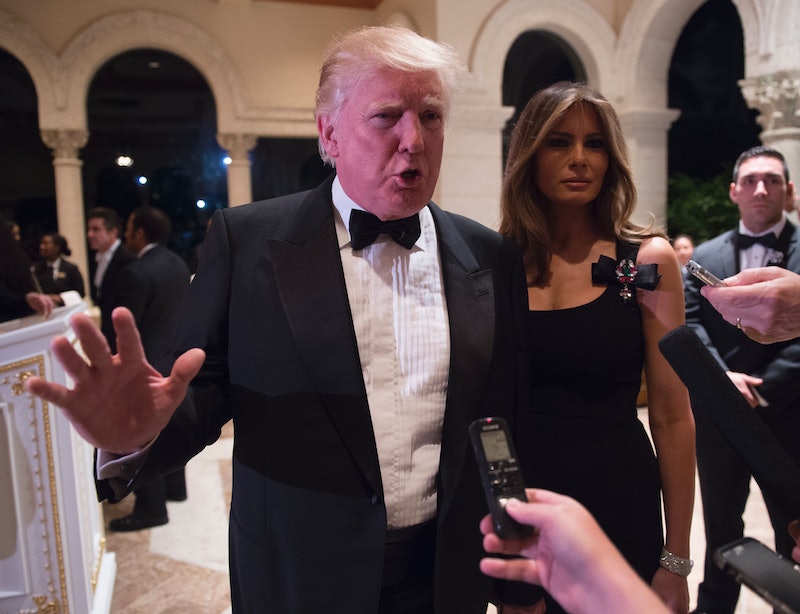 In a press release shared by his transition team on Friday, President-elect Donald Trump appeared to acknowledge Russia's election hacking and its specific attack on the Democratic National Committee. The apparent recognition of Russia's role came after the president-elect met with U.S. intelligence officials. However, his statement also stressed that he believed foreign hacking did not change the election outcome:

While Russia, China, other countries, outside groups and people are consistently trying to break through the cyber infrastructure of our governmental institutions, businesses and organizations including the Democrat National Committee, there was absolutely no effect on the outcome of the election including the fact that there was no tampering whatsoever with voting machines.

In his statement, Trump also said attempts to break into the Republican National Committee's systems had occurred, but that "the RNC had strong hacking defenses and the hackers were unsuccessful."

After spending several weeks brushing off concerns about Russia's influence on the election and its alleged tampering with the U.S. political systems, Trump seemed to take the foreign cyberhacking threats more seriously. In his statement, he said he will appoint a team that will have 90 days to "aggressively combat and stop cyberattacks."

Just over a week ago, following President Obama's sanctions on Russian individuals and groups and the expulsion of 35 Russian diplomats over their alleged role in interfering with the presidential election, Trump said it was "time for our country to move on to bigger and better things."

Throughout this past week, Trump has downplayed the evidence of Russian interference and, instead, attacked the U.S. intelligence that concluded Russia was behind the hacking. He tweeted on Tuesday, "The 'Intelligence' briefing on so-called 'Russian hacking' was delayed until Friday, perhaps more time needed to build a case. Very strange!"

However, even many of his fellow Republicans were pushing for a far harsher response and did not share his skepticism of U.S. intelligence. Trump's former Republican nominee rival, Sen. Lindsey Graham said, “If it were up to me, we would all live in peace. But Putin is up to no good and he better be stopped. And Mr. President-elect, when you listen to these people, you can be skeptical, but understand, they’re the best among us, and they’re trying to protect us.”