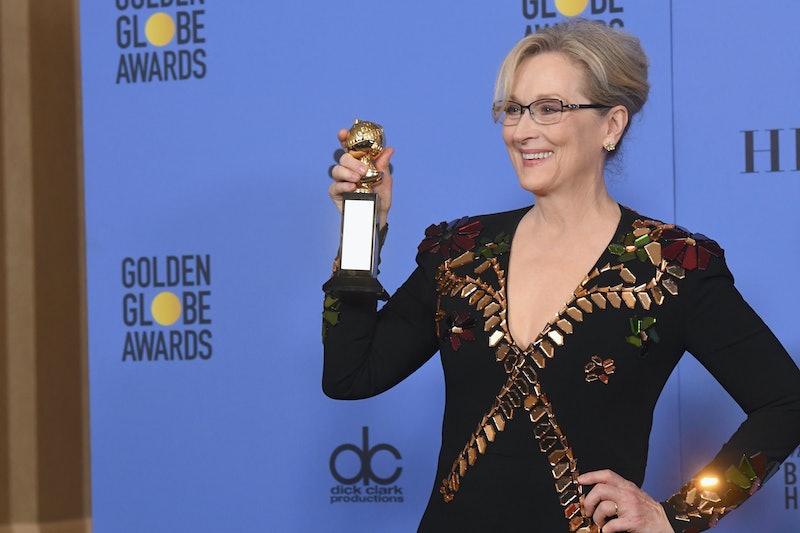 As a writer who often has, let's say, critical things to say about the president-elect, I would take it as a huge compliment if Donald Trump insulted me so vociferously on Twitter. Although the list of people whom he has insulted is long, he doesn't insult just anyone. So Trump's tweet about Meryl Streep is about the highest compliment he can give her, because what it actually means is that he really, really wants her to like him.

As the campaign dragged on, one article after another featuring information from Trump biographers or others who knew him well detailed Trump's insatiable desire to be popular, praised, famous, relevant. According to them, this is a man who craves celebrity above all, who still collects mentions of his name in the paper, whose ultimate fears are embarrassment and losing his fame. While his upcoming sojourn to the White House will no doubt land him a place in history (for better or for worse), it has also already proven to be a source of that dreaded embarrassment. Trump has never reacted well to it, so it's no surprise that he wouldn't react well when someone so highly respected as Meryl Streep handed him a dose of it — especially when everyone cheered her afterwards.

Let's break this stream of insults and lies down, shall we? He starts by saying that Meryl Streep is overrated, an opinion that he shares with approximately zero people in the business or on this planet. She was at the Golden Globes to receive a Cecil B. DeMille Award, a "special, prestigious award for outstanding contributions to the world of entertainment." She's gotten more Oscar nominations than literally anyone ever. Awards and honors like this are proof that Streep has received the ultimate success in her field, that the right people respect her and appreciate her work — and that is exactly the sort of person who Trump wishes would like him.

Next, he goes on to say that she "doesn't know [him]," as though that's proof that her words shouldn't matter. Given Trump's love of celebrity, it probably stings even more that Streep hasn't tried to contact him personally.

Finally, he repeats his lie that he never mocked a disabled reporter. His latest tweets feature one of his many explanations for the episode, but anyone with eyes can see and understand exactly what he was trying to get at. Now, it's gotten him in trouble with all of the famous people, and it looks like he regrets it. Trump would never apologize, though, so instead he's lashing out.

I'd bet that Trump wishes the tables were turned, and that Streep were celebrating her election rather than denigrating him in front of the people who he most wants to impress. That's not the world he lives in, though, so now he's left to the ignominy of being disliked and publicly humiliated by one of the world's greatest actresses.