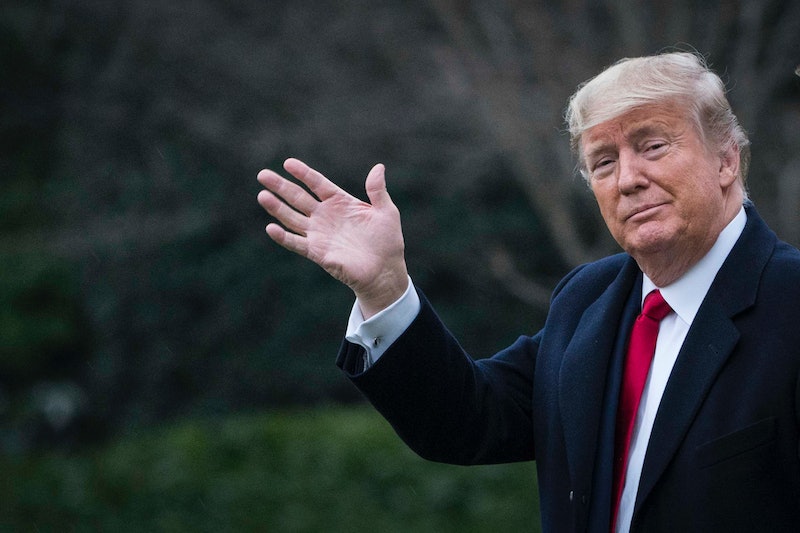 Criminal justice reform advocate Alice Marie Johnson appeared in an unlikely commercial this Sunday. During the Super Bowl LIV game between the San Francisco 49ers and Kansas City Chiefs in Miami, a 30-second clip that called for the re-election of Donald Trump focused on the release of Johnson, the 64-year-old grandmother granted clemency from a life sentence in prison for a first-time, nonviolent offense with help from Kim Kardashian. The ad featured a clip from a tearful Johnson and touted Trump's successful efforts to pardon the advocate. But despite Trump’s Super Bowl ad's bizarre connection to Kim Kardashian, there was no mention of her prison reform efforts.

Twitter was quickly abuzz with less-than-pleased reactions to the ad. One user pointed out the ad's hypocrisy, tweeting, "Um. Trump’s campaign ad... was about reuniting families. REUNITING FAMILIES." Viewers were quick to point out that the ad neglected to mention Kardashian's efforts. "Interesting that this ad makes it seem like Johnson was released because of criminal justice reform but it had nothing to do with that," one user tweeted. "Trump granted her clemency after being lobbied by Kim Kardashian."

While the commercial came as a shock for many, Johnson took to Twitter on Sunday to celebrate her narrative. She tweeted, "Two Super Bowls ago I was sitting in a prison cell. Today I am a free woman and my story was featured in a Super Bowl Ad. I will spend the rest of my life fighting for the wrongly and unjustly convicted! God Bless America!"

Kardashian responded to the ad by retweeting Johnson's message and wrote, "So proud of you!!!!"

Still, for others on the social media platform, the campaign proved to be too much. Most users referenced Kardashian's erasure.

Others invoked propaganda and hypocrisy.

There were plenty of Kardashian reaction gifs on hand.

While Kardashian has not directly referenced Trump's erasure of her efforts in his ad, the possibility of a Kardashian/Trump feud just might be more compelling than the big game's outcome.