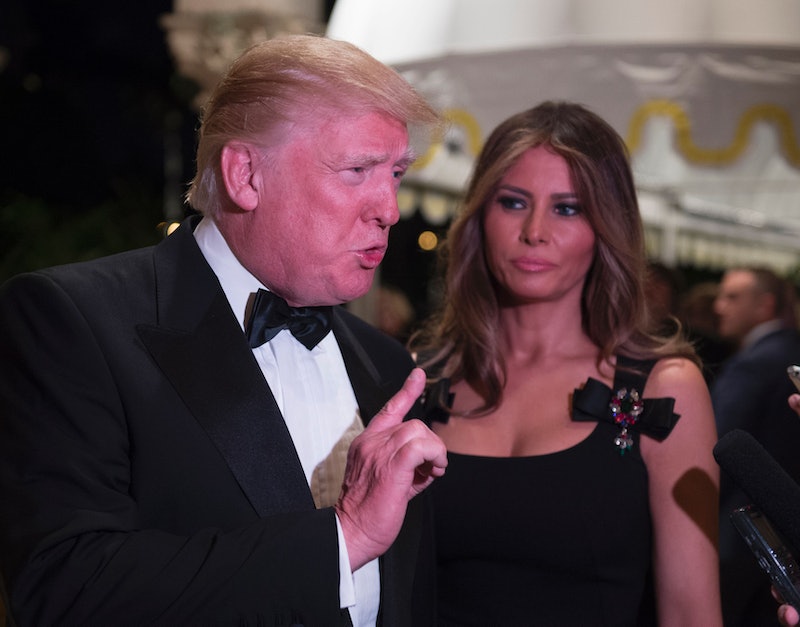 If you thought that Donald Trump's response to Meryl Streep's 2017 Golden Globes speech was going to stop at answering questions for the New York Times, you obviously don't know our president-elect very well. On Monday morning, Trump attacked Streep on Twitter, which is his preferred means of spouting rhetoric even now that he's almost in the White House. In the tweets, he called her out on calling him out during her acceptance of the Cecil B. DeMille award for Lifetime Achievement during Sunday night's ceremony. Beginning by calling the actress "overrated," he then went on to again deny allegations of mocking a disabled reporter and, of course, drag Hillary Clinton's name into this.

The takedown took three tweets, which is more succinct than Trump's usual rants on social media. The brevity could possibly be attributed to the fact that Streep never actually used Trump's name once during her entire speech, in which she called for all of us to acknowledge that, "When the powerful use their position to bully others, we all lose." The fact that, combat that criticism, Trump took to social media to sling insults in Streep's direction doesn't really help his position, to be honest. And to call a decorated actress like Streep "overrated" instead of acknowledging or responding to the actual points that she made was just a sad move from our PEOTUS.

His final tweets reference the incident in which Trump came under fire for mocking disabled journalist Serge Kovaleski, which the President-Elect here claims was his way of showing the man's groveling. Whatever that means. The video of the incident is available online, and in a November 2015 statement, Trump accused Kovaleski of "using his disability to grandstand."

Honestly, we'll all be very lucky if Trump's takedown of Streep and discussion of the Kovaleski incident stops at just these tweets. But if the President-elect's former actions are any indication, he will certainly have more to say about both before the day is through.

Editor's Note: This article has been updated from its original version.