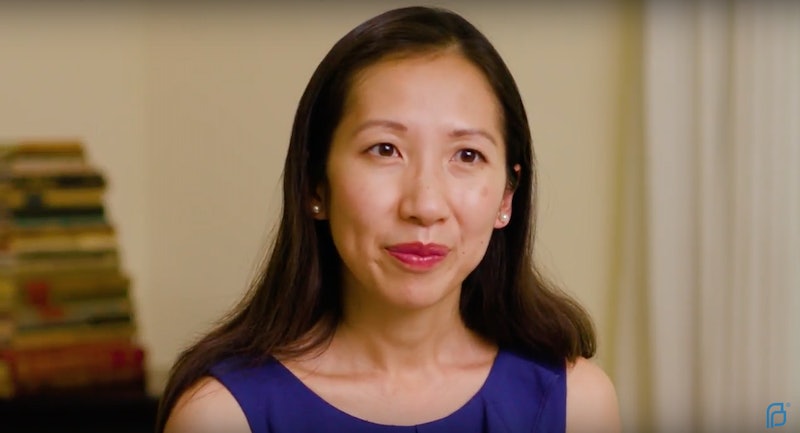 According to a press release from Wednesday afternoon, Dr. Leana Wen will replace Cecile Richards as Planned Parenthood's president. Richards announced in January that she would be leaving her post after 12 years leading the health organization, and she officially stepped down at the end of April.

“A dynamic public health leader and practicing physician, Dr. Wen is the first doctor to lead Planned Parenthood in nearly 50 years," Naomi Aberly, chair of the Planned Parenthood Federation of America Board of Directors, said in a statement. "Not only will she help Planned Parenthood continue to provide high-quality care to women, men, and young people across the country, she will be a powerful voice in our fight to ensure women have the ability to make their own health care decisions — no matter what."

Wen, 35, is an emergency room doctor who currently serves as the Baltimore City health commissioner. Since President Donald Trump took office, she's organized thousands of doctors and health professionals in opposition to his reproductive rights policies, including his proposed domestic gag rule that would prohibit clinics that provide abortions from receiving any federal family planning funding. She also led a lawsuit against the Trump administration claiming that it unlawfully sabotaged the Affordable Care Act, according to the Planned Parenthood press release.

Richards tweeted on Wednesday that she "couldn't be prouder" to welcome Wen as her successor. "She has dedicated her career to fighting for health care for all, both as a doctor and as a public health leader in the city of Baltimore," Richards posted. "I know she'll be a champion for Planned Parenthood patients and for women, men, and young people everywhere."

For more than 100 years, no organization has done more for women’s health than Planned Parenthood, and I’m truly honored to be named its president. As a patient, I depended on Planned Parenthood for medical care at various times in my own life, and as a public health leader, I have seen firsthand the lifesaving work it does for our most vulnerable communities. As a doctor, I will ensure we continue to provide high-quality health care, including the full range of reproductive care, and will fight with everything I have to protect the access of millions of patients who rely on Planned Parenthood.

Born in Shanghai, Wen came to the United States with her family just before she turned 8. Her family was granted political asylum, and she became a U.S. citizen in 2003, according to Planned Parenthood. Wen graduated from California State University, Los Angeles when she was 18, going on to earn her medical degree from Washington University School of Medicine, as well as a master’s degree from the University of Oxford.

Wen will join Planned Parenthood while tensions over President Trump's Supreme Court nominee are at an all-time high. Reproductive rights advocates worry that his confirmation would mean the end of Roe v. Wade, and organizations such as Planned Parenthood are leading the fight to block Trump's pick from ever reaching the bench.