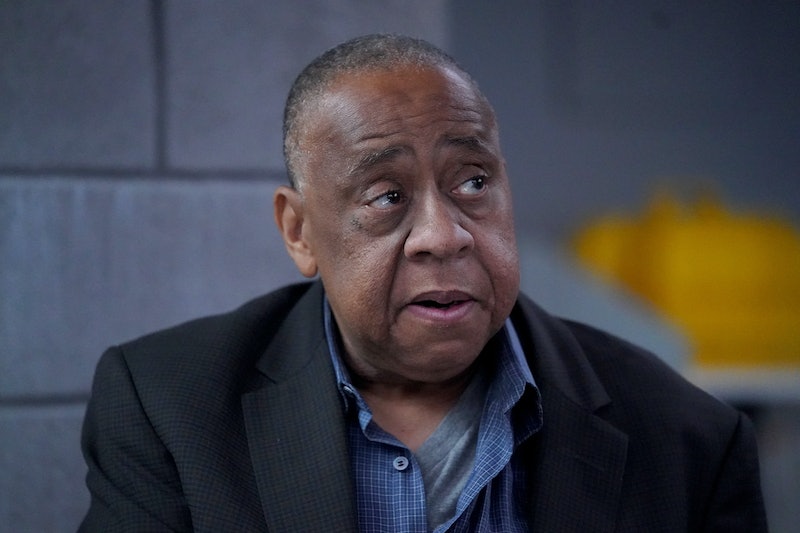 Agents of S.H.I.E.L.D. has a deep well of characters to pull from the Marvel Cinematic Universe, so whenever a new face arrives on the show, there are usually a few spoilers to be gleaned from its source material. Unfortunately, that's not the case for new Season 6 character Dr. Marcus Benson, who isn't in the Marvel comics. But from the sounds of it, he will play a big role in helping the S.H.I.E.L.D. agency continue to operate successfully and face new threats.

In the comics, there is no character with the same name and it's not clear at this point if there is a comic equivalent for Dr. Benson. The only character named Marcus who was associated with S.H.I.E.L.D. happened to be Nick Fury's son, which wouldn't make sense considering this character appears to be close to Fury's age.

Per Comicbook.com, Barry Shabaka Henly will plays Dr. Marcus, a natural sciences professor who has been called in because of his expertise. There's no further information about his character, but fans are really hoping he will be the key to somehow reversing Phil Coulson's death. Because let's face it, it just doesn't feel like S.H.I.E.L.D. without their longtime leader.

Dr. Benson certainly seems like an ally at this point, but not every new person is necessarily coming to S.H.I.E.L.D.'s aid. The same Comicbook.com article notes that Izel, a mercenary, and Malachi, a mysterious foreign assassin, will also make their debut in Season 6. Izel is slated to be a S.H.I.E.L.D. ally who has valuable information and combat skills, but it's not completely clear what role Malachi will play in the TV series. Either way, it wouldn't be surprising if Dr. Benson has some type of interaction with both of them throughout the season. Hopefully, the story will allow them to work together for the greater good.

Sadly, the Agents of S.H.I.E.L.D. Season 6 trailer doesn't feature any scenes with Dr. Benson, so there aren't any clues about his role to be taken from there, either. But it's pretty clear the team will need all the help they can get. Malachi appears to tell them that they are "out of time" and everyone is stunned when a new threat who looks exactly like Director Coulson comes into the picture and threatens to tear the world to pieces.

Izel tells them that she's familiar with this new enemy, who Marvel confirmed as Sarge, and says he will stop at nothing to set everything on fire. This revelation is especially painful to Daisy, who has to reconcile that this person isn't the man she loves. At the end of the trailer, Mack asks how they can possibly defeat this foe, which might be where Dr. Benson's knowledge can come into play.

Dr. Marcus Benson may not have comic book roots, but he will certainly make an impact on this season's drama. And hopefully, he can survive Sarge's reign of terror and fully establish himself as a member of S.H.I.E.L.D.

See how things play out for him when Agents of S.H.I.E.L.D. returns May 10.