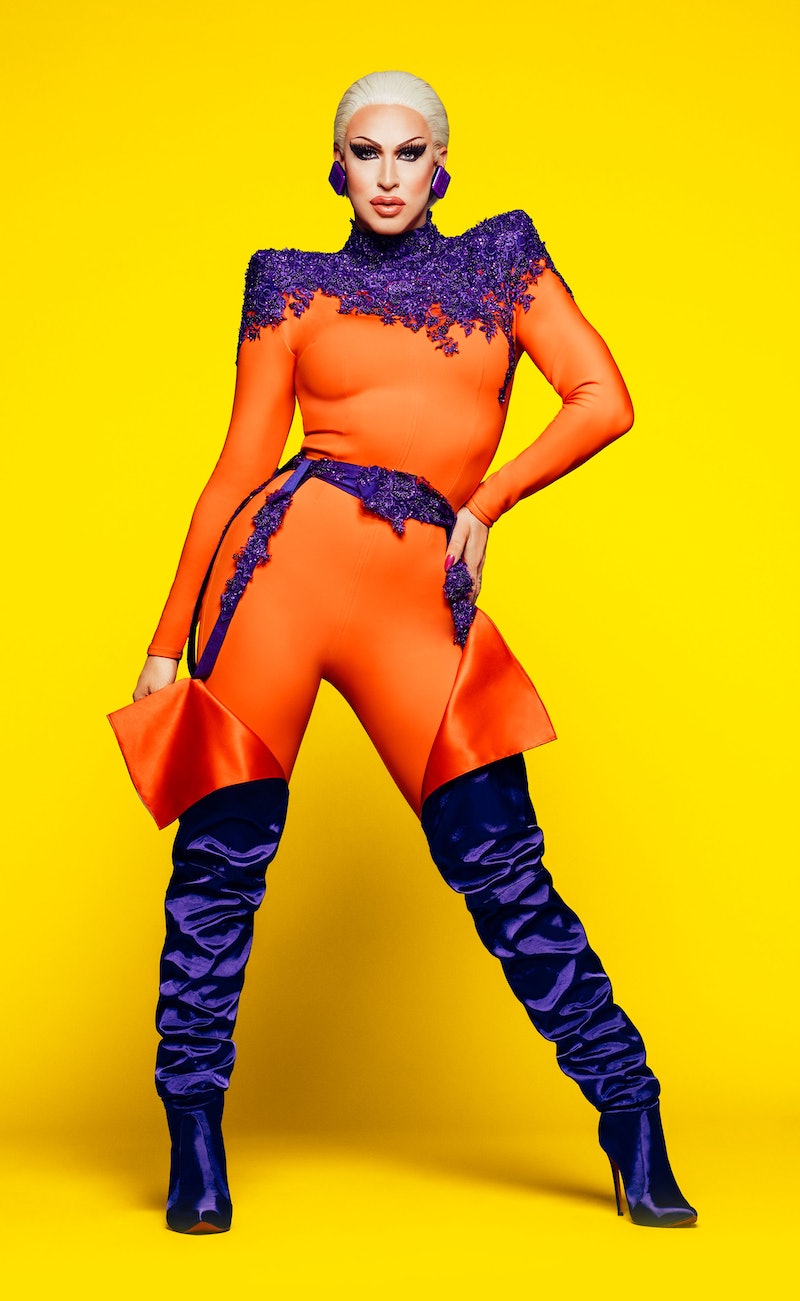 More than a snatched contour or an elegant runway walk, Drag Race fans love the unique personas drag queens bring to the stage. Of course they stan a queen who can sissy that walk, but more importantly, they love the ones who embrace their authentic selves, get a little wild and goofy, and bring something new to the table. Which is why, even though she won the lip-sync and saved herself from going home on Thursday night, Drag Race queen Brooke Lynn Hytes may not make it to the top: she's so focused on being perfect, she's not letting her true self shine.

The final challenge before the Season 11 finale consisted of a rap composition, a corresponding dance, and lip-sync performance to RuPaul's new track "Queens Everywhere." As a nod to her roots, Brooke decided to rap about her home country of Canada. Her lyrics were catchy, and when she recorded them in the studio with mentor Todrick Hall, he was blown away by her sass and enthusiasm —especially considering she had never rapped before. But when they practiced choreography (which is her strong suit, mind you), her performance needed less assamblé, more pop and lock.

Like Brooke said in her podcast interview with RuPaul and Michelle Visage, she has a background as a ballerina, which makes her crave poise, elegance, and grace in each of of her performances. Unfortunately, Todrick's challenge choreography was the opposite of that.

At the end of Brooke's rehearsal, Todrick made her "solemnly swear to put some damn stank on it," and well, she still plied onto the challenge stage smelling like roses. Technically speaking, she nailed every move, but her performance overall fell flat, and her runway look didn't give her the edge she needed. Was it beautiful and polished? Absolutely. But it could've been more interesting.

The judges told Brooke that her dance "didn't land," that it felt sort of disconnected, and they wished her runway look was as editorial and edgy as the one that landed her the first challenge victory of the season. Still, when they put her up for elimination against her love interest, Miss Vanjie, Brooke couldn't understand why. "I don't think I deserve to be in the bottom," she said. "Obviously I did something to put myself here that the judges can see that I cannot see."

She couldn't see her flaws because when it comes to drag, her vision is binary — she tends to see her performances as either perfect or imperfect, and disregards the potential beauty of the gray space in between. To her disadvantage, her fellow top four queens are 20/20 in that category. And if Brooke isn't careful, that could easily knock her out of the competition before she even connects the dots.

While she still has time, she may want to heed Todrick's advice and take a class or two at Cardi B's School for Girls, because if anyone can teach Brooke to find her inner bad b*tch, it's Cardi. Hopefully, though, Brooke can figure it out on her own soon. She has a crown on the line.

More like this
The 'Bachelor In Paradise' Schedule Shifts To 4 Hours Every Week After The Season 8 Premiere
By Brad Witter
The New Bachelor Will Be Announced Next Week & Here Are The Top Contenders
By Grace Wehniainen
Are Brandon & Serene Still Together After 'Bachelor In Paradise'?
By Kadin Burnett
Nicola Coughlan Shared A Lady Whistledown Excerpt From ‘Bridgerton’ Season 3
By Grace Wehniainen, Alyssa Lapid and Sam Ramsden
Get Even More From Bustle — Sign Up For The Newsletter