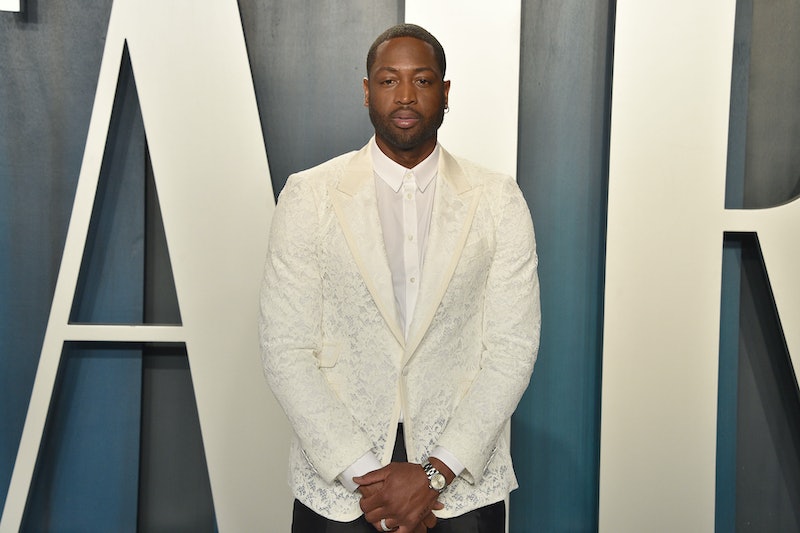 Dwyane Wade is continuing to open up about his daughter's journey and showing every dad out there how it's done. Dwyane Wade spoke about his trans daughter Zaya and her decision to come out as her true self in a new interview. On the Feb. 18 episode of Good Morning America, Wade said that the 12-year-old is leading his own journey as a father to a trans girl and his family's journey as allies of the LGBTQ+ community.

Last week, Wade and his wife, Gabrielle Union, introduced Zaya to the world with an inspiring video message from the 12-year-old herself, encouraging others to live their lives as authentically as possible. "What's the point of being on this Earth if you're trying to be someone you're not?," Zaya said. "I know it can get tough, definitely. But I think you just push through, and be the best you."

The family's decision to go public with her new identity was one many years in the making, and Wade made it clear that, while he might be speaking to the press, it's Zaya who is leading the charge. "It was a process for us to sit down with our daughter and find out who she is and what she likes and not put something on her," Wade said on GMA. "With Zaya, we decided to listen to her and she's leading us on this journey."

He also wanted to make clear that he's not speaking out in an attempt to shame other parents. Speaking with Robin Roberts, Wade admitted that he hasn't always been perfect when it came to gay and trans issues, remembering that he has used "the wrong phrases and the wrong words" in the past. "I'm not going to sit here act like before our child came home and sat us down that we was not ignorant parents when it comes to the world," he said. But he emphasized that the most important part of this process was learning from his daughter directly. "When I say we're learning from our 12-year-old, we are literally learning from our child."

As Wade explained, his daughter has been teaching him since she was a young child. "Zaya, early on, knew two things: She knew straight and she knew gay," he explained, adding that she was the one who expanded his understanding of LGBTQ+ identities. "But Zaya started doing more research. She is the one who sat down with us as a family and said, ‘Hey, I don't think I'm gay.' She went down a list and said, ‘This is how I identify myself. This is my gender identity. I identity myself as a young lady. I identify as straight trans because I like boys.'"

The former basketball player was initially hesitant about sharing his daughter's personal journey in his new documentary D.Wade: Life Unexpected. However, with Zaya's blessing, the family decided that her story could help educate many people around the world. "We've been through so many different things that other people and other families go through and they thank us for speaking out on it," he told GMA. "That's what we're trying to do. We know there are other families out there dealing with their kid finding themselves and learning who they are."

More like this
Pro Footballer Zander Murray Is "Blown Away" By Support After Coming Out
By Sam Ramsden
Jinkx Monsoon Is About To Get Real Sketchy
By Sam Ramsden
Bimini, Tia Kofi & More React To Cherry Valentine’s Death
By Catharina Cheung
Women Around The World Are Cutting Their Hair In Solidarity With Mahsa Amini
By Darshita Goyal
Get Even More From Bustle — Sign Up For The Newsletter