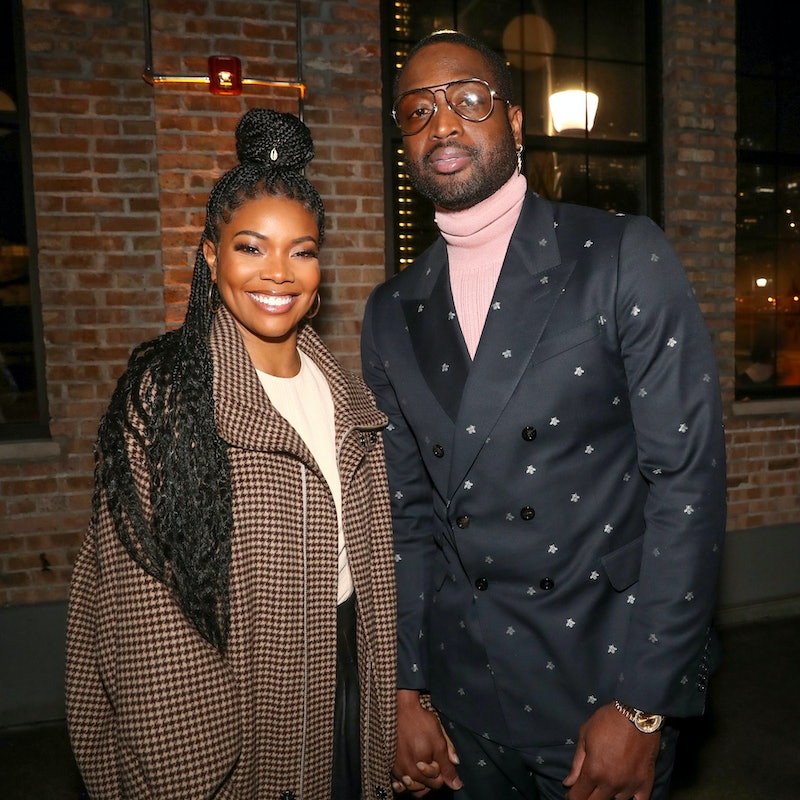 Gabrielle Union is known to give her no-holds-barred opinions on Twitter, no matter what the subject is. And her husband Dwyane Wade is, apparently, just as much of a fan of her feed as everyone else. While speaking at his jersey retirement ceremony on Sunday, Feb. 23, Dwyane Wade thanked Gabrielle Union and her Twitter rants for the unconditional support while he played in the NBA. And really, is there a bigger testament to true love than supporting each other's Twitter game?

As reported by Entertainment Tonight, Wade made the funny remark during his touching speech, as he officially retired his Miami Heat jersey. "To my wife, Gab, thank you for coming into my life and showing me that life can be different," he said. "Through you, I learned that life is really what you make it. Thank you for the experiences we’ve shared. Thank you for those Twitter rants."

He also thanked Union for motivating him and putting him in his place when needed, whether on Twitter or otherwise. "Thank you for calling me out when I wasn’t on top of my game," he said. "And, I’m not just talking about basketball. I’m speaking about life. Thank you for loving me, thank you for pushing me.”

While he was still playing for the NBA, Union would sometimes take to Twitter when she felt that her husband was being treated unfairly. In 2016, for example, she called out a no-foul call she thought was "absolute BS." Of course, Union is also famous for using Twitter to raise awareness of injustices and social issues, like her allegations of racism at America's Got Talent, making her one of the most honest and entertaining people on the social network.

During the ceremony, Wade also took time to pay tribute to Kobe Bryant. "Kobe said the most important thing is to try to inspire others so they can be great in whatever they choose to do," he said. "I hope I've inspired you."