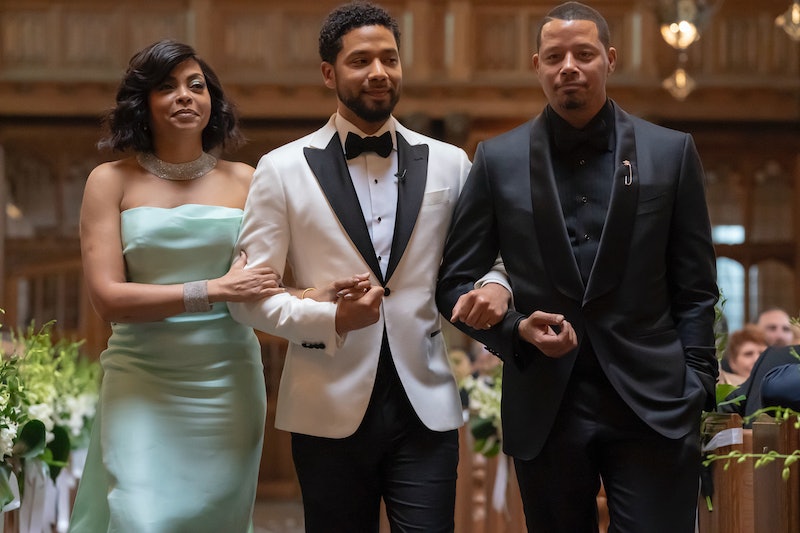 Empire has been mired in controversy since its star Jussie Smollett was embroiled in an alleged hate crime scandal, but that did not stop the hit series from being renewed for a sixth season. But now, it seems, the show will be coming to an end in the near future. On Monday, Fox announced that Empire will end after Season 6, and confirmed once again that Smollett's future on the hit series still remains in question.

In a call to reporters on Monday, May 13, Fox executives reassured fans that Empire would receive the grand finale that it deserves. "We are turning the final season into a large TV event," Fox Entertainment CEO Charlie Collier said, as reported by Entertainment Weekly. "We are trying to go out guns a-blazing. One of the great benefits of announcing the final season is that it actually allows fans to lean in and have the ending they deserve. Six years is a remarkable run."

In a press release, as reported by E!, Fox said that the sixth and final season of Empire "promises to be filled with drama, shocking surprises and more jaw-dropping moments.” The network added, "As the series enters its final season, one thing is for sure, the Lyons never go out without a bang."

On Jan. 29, Smollett claimed to be the victim of a racist and homophobic attack in Chicago, but police who were investigating the incident could not find footage of the alleged attack and later alleged that he had hired two men to stage the incident. The actor was arrested by Chicago police on Feb. 21 for allegedly filing a false police report.

On March 8, a grand jury indicted the actor on 16 felony counts related to filing a false report, but on March 26, all of the charges against Smollett were dropped by Chicago prosecutors. In a statement provided to Bustle, the Cook County State's Attorney's Office called their decision an "appropriate resolution to the case."

However, fans still are not sure of Smollett’s status of the show — and neither, it seems, are execs. On April 30, when Fox announced that the show would return for Season 6, they confirmed in a statement that Smollett's fate on the show had yet to be determined. “By mutual agreement, the studio has negotiated an extension to Jussie Smollett’s option for Season 6, but at this time there are no plans for the character of Jamal to return to Empire,” the network said at the time.

When asked on Monday during the press call if the actor will return for the final season, Collier said to EW that they still have the option to bring him back, but nothing has been confirmed yet. He added that the show’s writers have not yet gotten together to work on the final season and confirmed that "there are no plans at this point."

Jamal happened to be given a happy ending in his last appearance, with a wedding to Kai (Toby Onwumere), but the picture-perfect conclusion to his story arc, along with the controversy, is casting doubts on whether the actor will return for the final season. If Smollett's castmates have anything to do with it, he'd be back for the sixth season, but only time will tell if we'll be able to see Jamal on our screen one last time.