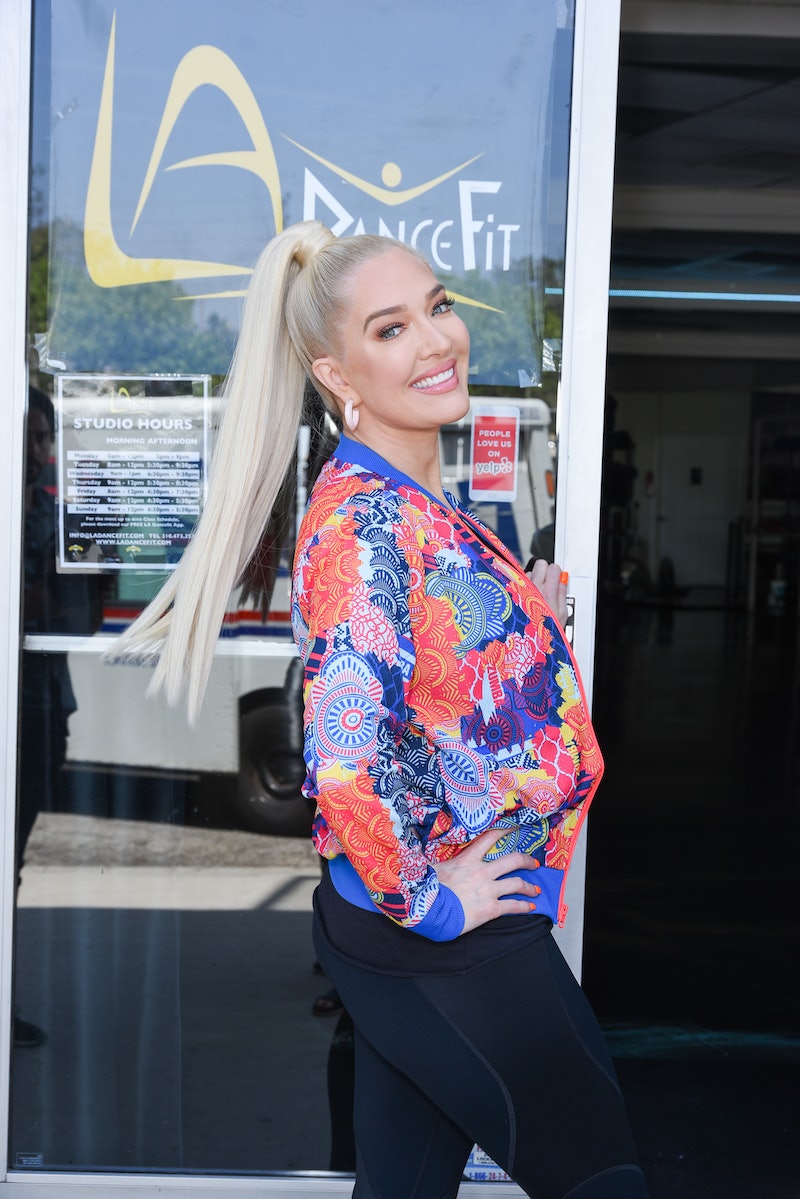 When Erika Jayne first joined Real Housewives of Beverly Hills, she introduced viewers to two distinct personalities: Erika Girardi, lawyer Tom Girardi's wife, and Erika Jayne, the pop singer with a cult following. Thanks to the show, her popularity grew and fans saw a lot more of the latter. Recently, Erika Jayne addressed fans' demand for more Erika Girardi content in an interview with Entertainment Tonight.

When asked about her two identities, Erika started,

"Yeah, I don't think that [some viewers] quite understand that they are one."

For the most part, Erika's scenes on the show revolve around her Pretty Mess concert tour preparation. This means rehearsals, costume designs, and of course, the actual performances. We see way more behind-the-scenes footage from Erika Jayne's musical endeavors than conversation with Erika Girardi and her husband Tom at the kitchen table.

And that actually makes a lot of sense. Both Mr. and Mrs. Girardi are very busy people. Erika told ET, "Tom is a lawyer." Then, she explained, "He has his own firm, he has his own clients and so, that is his first responsibility." And what about the spotlight on her music career? In that same interview, Erika justified that storyline when she said, "That’s what's happening in my life."

Erika emphasized, "My performance life, it is my life. That is my home life. That is my job." And that makes perfect sense. However, that's not the way Erika originally laid things out during her first episode on the show back in 2015.

During an on-camera interview, the Real Housewife revealed, "By day, I'm Erika Girardi, married to Tom Girardi, uber famous lawyer. But, by night, I'm something else." And then she got into that "something else." She explained,

"I have an alter ego. Her name is Erika Jayne. She's sassy. She's class and ass and heels, and all woman all the time. Curvy. She's over the top fabulous."

She added, "Erika Jayne is a total rebel. If I don't honor my inner bad girl, I'm not gonna be happy."

In a 2016 interview with NYLON, Erika explained why she created an alter ego back in 2007. She said, "No one is one way all the time. No one is buttoned up all the time and no one is wild all the time. There are different parts to your personality, different layers." She talked about how her two personas are actually very intertwined. Erika declared, "I think they empower each other."

She went on to explain the appeal of naming a different component of her personality:

Ultimately, she concluded that the Erika Jayne moniker "helps Erika Girardi stand on her own two feet and be calm and peaceful."

Three years later, the lines have blurred and there isn't as much of distinction between the two identities. At this point, there really isn't one at all. Before, Erika felt like she needed a different name to say and do things that she normally wouldn't as Mrs. Girardi.

Nowadays, Erika just doesn't need an alter ego to express herself. She's comfortable being exactly who she is at day and night, no matter what name she goes by. And that's why her everyday life does revolve around singing, dancing, and just being her fabulous self.