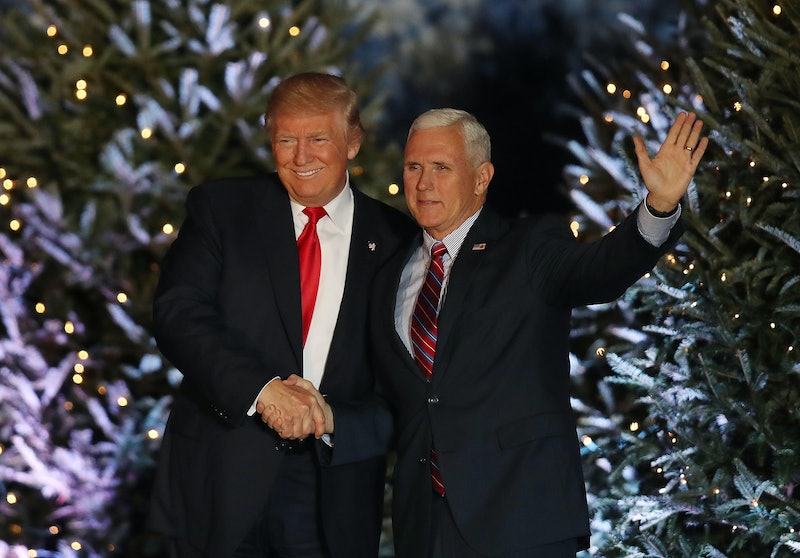 The Affordable Care Act, more affectionately known as Obamacare, has been the scourge of Republicans since it was passed in 2009. Now that they’ve successfully managed to retake the White House and have a majority in both the House and Senate, their wishes have come true: They’re gonna get rid of it. On Wednesday, Vice President-elect Mike Pence said that President-elect Donald Trump will sign executive orders to repeal Obamacare, or at least start the repeal process, on his first day in office.

But what will that look like? Pence was mum on what those executive orders would entail, and since the law was enacted by Congress, it’s up to Congress to dismantle it. Additionally, with the 2017 exchanges already up and running, the federal subsidies that allow lower-income individuals to purchase health insurance will stay in place at least through the end of 2017, and quite possibly through 2018 as well, depending on how quickly the Republican-led Congress can figure out a replacement plan.

Moreover, in what is becoming a pattern that might be startling to mainstream Republicans, Trump’s Twitter account appears to be in less lockstep with GOP talking points than ever. Just before Pence addressed reporters, Trump tweeted out a message encouraging Republicans to let Democrats take the blame for the failing ACA.

The gamesmanship on the part of the Republicans appears tricky at best. As long as they could saddle the Democrats with the responsibility of the health care law, they could threaten to repeal it, replace it, or turn it into paper snowflakes. But now that they’ve won the power to enact their agenda, they’ll be on the hook for any changes — or disruptions — to America’s health care system.

Senate Minority Leader Chuck Schumer, described the Republicans’ predicament by saying “they are like the dog that caught the bus.” In an interview with Politico, Schumer said “It’s virtually impossible to keep all the benefits everyone wants kept and repeal it.”

Trump’s assertion that the Republicans will be able to continue to blame the out-of-power Dems for the continued failure of the law seems flimsy at best — more likely, whomever is at the helm if and when the system fails will receive the lion’s share of the blame. This could happen as early as this spring, when insurance companies will have to decide whether to participate in 2018 exchange coverage.

To be sure, uncertainty abounds for the millions of people who are receiving health insurance through the provisions of the ACA, and we’ll all be watching closely to see what kinds of executive orders Trump issues on Jan. 20. But it seems likely that rather than draining the swamp, the Trump and the Republicans might find themselves stuck in it.