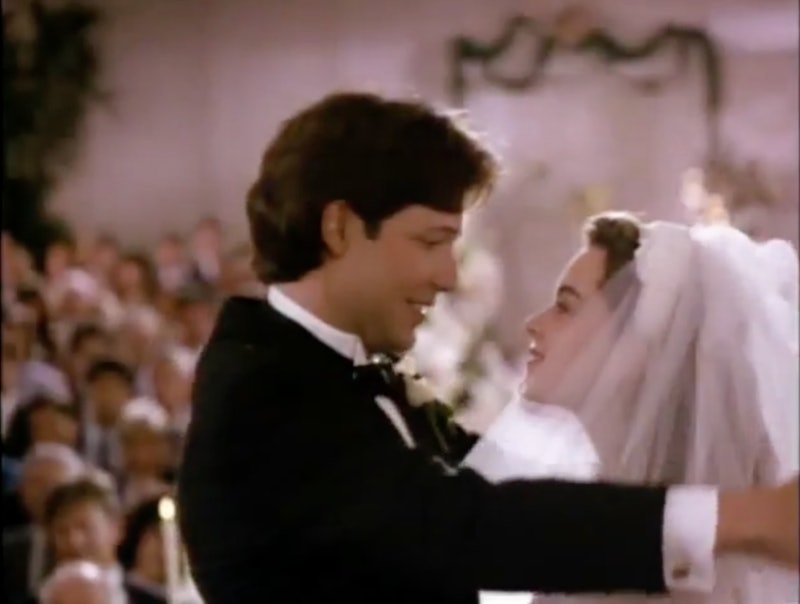 More than 25 years after the inaugural film first hit theaters in 1991, news from Us Weekly indicates that Father of the Bride 3 could actually be happening. But the real question is: does this movie series really need another installment? As it stands, the entire premise surrounding the movie, which detailed the tale of a father who struggles with "allowing" his daughter marry a man that she's fallen in love with, feels awfully old-fashioned, close-minded and a little sexist for the ideals of modern times.

Since its inception in the early '90s, Father of the Bride's storyline, while entertaining at times, was largely anchored in the theory that women are constantly in need of rescuing and protection. And although the plot felt stifling and partial to many during those times, it goes without saying that women of the contemporary feminist movement would be less than entertained viewing a movie with such primitive rituals .

Throughout the film series, the father of the bride, George Banks, played by the iconic comedian and actor Steve Martin, finds it hard to let go and does just about anything that he can to sabotage his eldest daughter, Annie Banks' (played by Kimberly Williams) marriage. First, in her wishes to marry the love of her life, Bryan MacKenzie, played by George Newbern and later in Father of the Bride Part II, when she announces her first pregnancy to the family.

But as it turns out, we may not have seen the end of this overprotective father yet. In a recent interview, Newbern, who fans may recognize as Charlie from the critically-acclaimed ABC series Scandal, revealed that a script for Father of the Bride Part III does in fact exist. He told Us Weekly,

"Charles Shyer wrote a script. I know there’s a script out there. And there’s talk, I don’t know how far it got but I’m sure most of the cast would be into it if the script was right. So maybe that’s just a question of that happening."

Shedding a bit of light on what fans could expect should the long-awaited project move into production, Newberg hinted that the third installment would most likely be a departure from the past two films — an idea that will, hopefully, prove to alleviate some of the chauvinistic qualities from the narrative of its predecessors.

During his chat, Newberg also revealed that there were a few ideas already being tossed around in terms of storyline for the rumored film, telling Us Weekly,

“I have heard some [concepts] and they are pretty far out there. From what I heard it was pretty good and different and newsworthy.”

From the sounds of it, the now 52-year-old actor is eager to reprise the role which he portrayed in both the first and second installments of the film's franchise. He went on to speculate about the progression the character may have undergone since fans last heard from him in 1995's Father of the Bride II. Newberg explains,

"I think Bryan MacKenzie would probably be a grandfather now. They had a kid so he’s probably got a grandkid at this point, I think. Or at least close to it. Or his daughter would be getting married. He’s probably invested in a startup in the Silicon Valley because they are on the West Coast. And they probably live up in the Bay area. They got four kids. They need to shoot a third one. We need to do a third one. That would be great.”

All-in-all, Father of the Bride Part III could prove to be a refreshing closure to the franchise's trilogy should movie execs decide to revamp the narrative to reflect the mindset of today's viewers. It seems that a total overhaul might even do the movie some good, and perhaps offer a more inclusive perspective of modern day relationships between parents, children, and spouses.