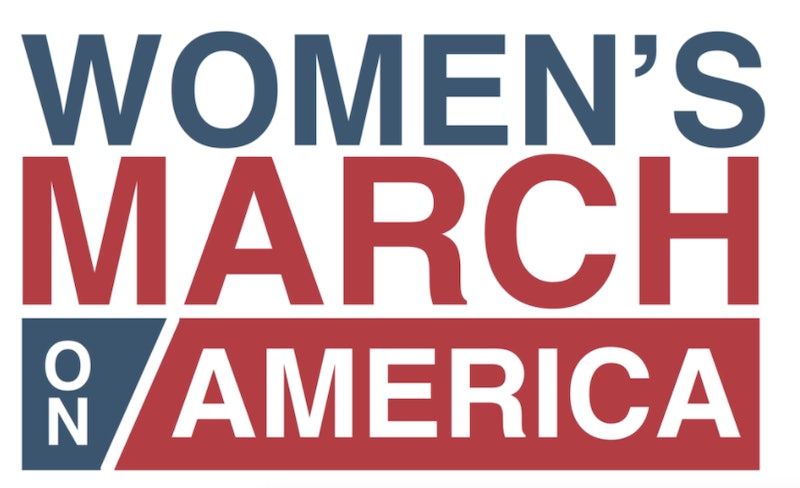 The day after Donald Trump is inaugurated, an estimated 200,000 people will march in the streets to protest his presidency. The Women's March on Washington is organizing the demonstration, and on Wednesday, the group released a wide-reaching and aggressively liberal policy platform. While the group focuses significantly on women's issues, that is by no means the only area of activism in which it's engaged. Judging by its platform, the Women's March will be a deeply intersectional anti-Trump movement.

This is not only encouraging; it's necessary. Trump is a threat to just about every marginalized group in America, not just one or two: Women, people of color, trans people, immigrants, low-income workers, sex workers and prisoners are just some of the populations that have legitimate reason to fear, and resist, Trump. This resistance has a much higher likelihood of success if it's unified.

That's why it's so nice to see the Women's March on Washington embrace such an inclusive approach. The platform is full of pro-woman proposals, including an expansion of reproductive rights and health care, pay equity, passage of the Equal Rights Amendment, paid maternity leave, increased access to childcare and more. These are weaved together with various types of support for other social justice movements, and the result is exactly the kind of intersectionality that progressivism needs if it's going to be successful in the short- and medium-term.

"Gender justice is racial justice is economic justice," the document reads, and the group isn't kidding. Here are five ways the Women's March is taking an intersectional approach to activism in the age of Trump.

Solidarity With People of Color

The Women's March explicitly voices support for Black Lives Matter, and notes throughout its document that women of color, and people of color in general, face disproportionate hardships in America.

To mitigate this, the group endorses police, criminal justice and prison reforms, and specifically denounces law enforcement's "racial profiling and targeting of communities of color."

The group voices full support for everyone who isn't straight or gender-conforming, noting that "it is our obligation to uplift, expand and protect the rights of our gay, lesbian, bi, queer, trans or gender non-conforming brothers, sisters and siblings."

The platform denounces discrimination against trans Americans in particular at several points, specifically with regard to hiring, mass deportations, sex trafficking and the school-to-prison pipeline.

The Women's March proposes reforms to reduce incarceration rates, especially for women of color, and improve the lives of prisoners by expanding their access to health care and mental health services.

The Women's March also stands firmly with migrants in America, "regardless of status or country of origin."

The group calls for workplace protections and a path to citizenship for undocumented immigrants, and rejects "mass deportation, family detention, violations of due process and violence against queer and trans migrants."

No progressive platform would be complete without a section devoted to economic equality and fair working conditions. "We believe that all workers – including domestic and farm workers - must have the right to organize and fight for a living minimum wage," the Women's March platform reads, "and that unions and other labor associations are critical to a healthy and thriving economy for all." The group notes that workplace protections must cover migrant workers, and voices support for the sex worker's rights movement as well.

Intersectionality is crucial to both the integrity and success of social justice movements, and that will be doubly true under the new administration. The organizers of the Women's March on Washington clearly understand this, and this makes it well-positioned to become a powerful source of resistance under Trump.