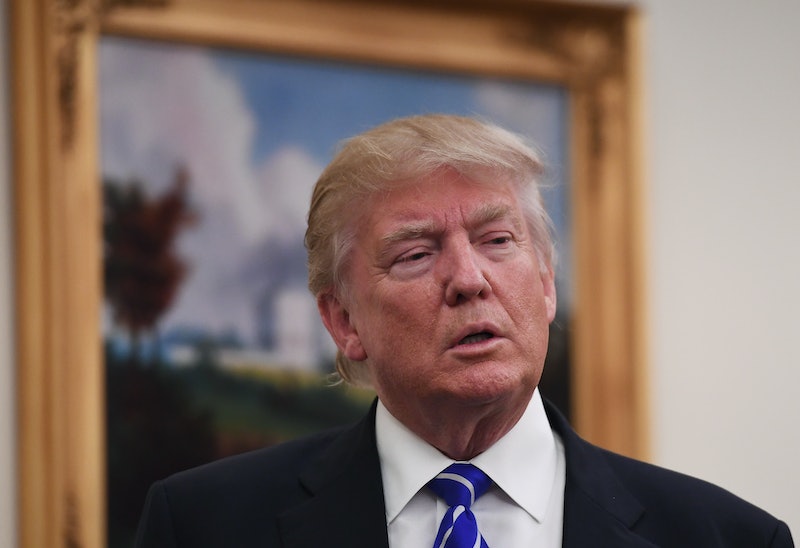 According to the Associated Press, Ford Motor Company is scuttling previous plans to open a new $1.6 billion manufacturing plant in Mexico. The extent to which this is a reaction to President-elect Donald Trump's threats this week towards General Motors ― calling for a "big border tax" on cars produced south of the border ― is unclear, but the sequence of events is certainly suggestive.

In an interview with CNN's Poppy Harlow, Ford CEO Mark Fields called it a "vote of confidence," although not specifically in Trump himself. Rather, he said he was "encouraged by the pro-growth policies" he expects to see under the new administration. He also denied that the cancellation was a "deal with Trump," telling Harlow that "we do what's right for our business — this is what's right for our business."

Similarly, according to Reuters, the company stated while the decision was motivated by the incoming Trump administration's plans to strip regulations and lower corporate taxes, it was not the result of any negotiation with Trump. According to the source, Trump and his team were informed of the deal for the first time on the morning of its announcement.

That said, what's beyond dispute is that this is exactly what Trump wanted to happen, and he will undoubtedly take the fullest amount of credit he can, regardless of his direct involvement. So far, he's already cut a deal with Carrier to keep about 700 jobs in the U.S. (although he falsely inflated the number), and has also taken credit for planned U.S. investments by Japanese telecom giant SoftBank two separate times, despite the plans having reportedly been hatched months prior to the presidential election.

Simply put, Trump has demonstrated he intends to take maximal credit for any news that has ostensibly positive implications, either for workers or for the American economy, regardless of his actual level of involvement.

Setting him aside, however, Ford's decision seems on its face to be a positive development for auto workers in Michigan. According to Reuters, the new investments will include some 700 new jobs at the company's plant in Flat Rock, which is reportedly expected to produce electric, hybrid, and ultimately, self-driving cars over the next several years. Regardless of your feelings about Trump, that's an existentially positive development for those people, although whether it carries any unseen costs is not yet clear.

On the other hand, Ford's change of plans also means there are now prospective workers in Mexico who won't have jobs they otherwise would, which if you're the sort of person who cares about the gainful employment of Americans and non-Americans too, is not a cause for celebration.

More of these sorts of stories could spur the Mexican government to move to make their economy even more tempting, as well, which could theoretically trigger a race to the bottom with the U.S. as far as the corporate and regulatory climate goes. It's impossible to know just yet, obviously, but suffice to say there are many possible long-term outcomes from Trump's use of the bully pulpit against companies that want to head south.

What makes it politically effective, however, is that anybody who believes they only have a job thanks to Trump ― regardless of whether that's true, amid his demonstrated penchant for mendacity ― is likely to support him again. And as the 2016 electoral map showed, it only takes some scattered thousands of people (less than 80,000, actually) in all the right places to win the whole thing.