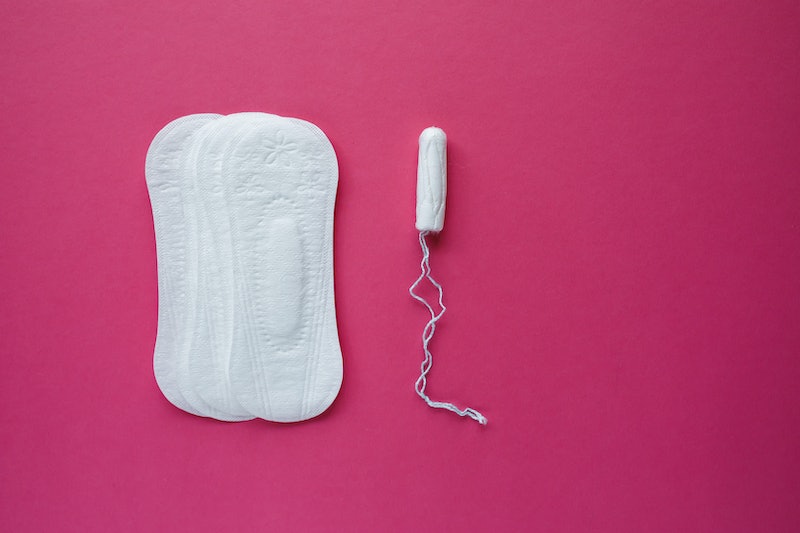 Thanks to the work of campaigners and activists, the government has implemented some important to put an end to period poverty in the UK. On April 16 2019, the government announced that free sanitary products will be offered in primary schools in England from early 2020.

The Chancellor of the Exchequer Philip Hammond first announced the commitment to funding free sanitary products in secondary schools and colleges in a statement in March. However, campaigners called for the plan to be extended to primary schools also. Today, as the BBC reports, those calls were answered.

Speaking to the BBC, Amika George, founder of the #FreePeriods campaign, said the move to include primary schools was “fantastic news.” She went on to state: "We're so glad that the government has extended this pledge to primary schools. Period poverty should never be a barrier to education."

When talking about the new policy, Children and Families Minister Nadhim Zahawi told the Guardian:

“This government is determined to ensure that no one should be held back from reaching their potential – and wants everyone to lead active, healthy, happy lives … After speaking to parents, teachers and pupils, we are now extending [our commitment to fully fund access to free sanitary products in all secondary schools and colleges in England] to more than 20,000 primary schools so that every young person in all our schools and colleges gets the support that they need.”

It feels unbelievable that, in 2019, young people are missing school because they can’t afford to buy sanitary products, but, sadly, there is still a lack of access to tampons and pads for some (thanks to things such as the tampon tax, which taxes sanitary products as luxury items, and therefore increases the price).

Research conducted by Plan International UK found that one in ten people who experience periods can’t afford to buy menstrual products. Of the 1,000 participants they surveyed, 12 percent said that they have had to improvise sanitary aware due to affordability issues, and one in five have changed to less suitable sanitary products due to cost.

“Period poverty is a very real challenge facing many girls in the UK, and it’s devastating to hear of the impact it is having on girls’ lives, their ability to be themselves, and their self-esteem. For too many girls, dealing with their period each month is proving a tough challenge — and in 21st century Britain, this shouldn’t be the case.”

TIME reports that, if a person misses days off school every time they have a period, they'll be set back 145 days behind their peers.

However, thanks to the important work of campaigns such as #FreePeriod, as well as research like the study conducted by Plan International UK, period poverty is being pushed to the forefront of political conversations, and will hopefully be eradicated in the UK in our lifetime.

More like this
Women Around The World Are Cutting Their Hair In Solidarity With Mahsa Amini
By Darshita Goyal
Chris Kaba's Family Continue Fight For Justice After Viewing Police Bodycam Footage
By Sophie McEvoy
Black Women's Equal Pay Day Highlights An Upsetting Problem
By Brandi Neal
What Exactly Is The Bish & Chips Show?
By Frances Stewart
Get The Very Best Of Bustle/UK