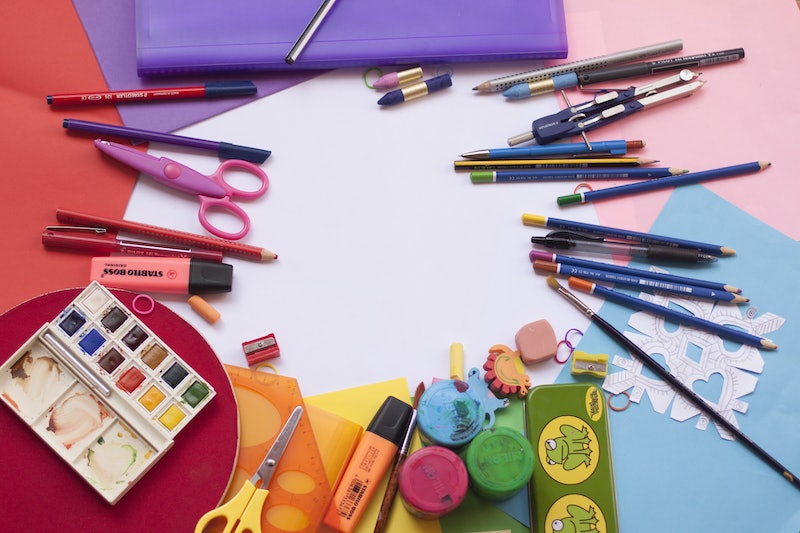 School funding is complicated, messy, and more often than not, dramatically uneven. Teachers often end up paying out of pocket for basic school supplies for their students. That's why Teresa Danks, a third grade teacher from Tulsa, Oklahoma, decided to panhandle for school supplies.

Danks says she made $55 in six minutes, but her primary goal wasn't actually the money - it was raising awareness about how recent budget cuts have negatively impacted Oklahoma's education system, forcing teachers to dip into their already small salaries just to be able to do their jobs. In an interview with a local news station, Danks, who has been teaching for over twenty years, said she makes about $35,000 a year, and generally ends up spending $2,000 to $3,000 of that on school supplies that the state doesn't supply.

Thanks to all of the publicity from her stunt, Danks says she's received a huge outpouring of support from her community. A GoFundMe page has been set up for her, which has already raised half of its $2,000 goal, she's received a $250 gift card from a business to put towards school supplies, and people are offering to mail her whatever she needs for her classroom. But the problem is much bigger than Danks' classroom, and she hopes state officials who have slashed Oklahoma's education budget will take notice.

"It matters to me to be a good teacher and that these Oklahoma kids get the best education," she told Tulsa's FOX23, "and I'm angered that it does not seem important to our legislation."

Oklahoma is not the only state facing a shrinking education budget. Although federal education funding has surged over the past decade, president Trump's proposed 2018 budget would slash Education Department funding by $13.5 percent.

Low budgets don't only mean fewer school supplies, they also often mean fewer teachers, because people literally cannot afford to work as educators. Danks' state of Oklahoma has faced serious teacher shortages in the past and many teachers are forced to work second jobs to supplement their income. According to one survey the average annual salary of teachers in Oklahoma is $44,373, as opposed to $75,279 in New York.

"I mean, we are begging," Danks said. "We don't want to call it that, but this kind of shows that it is."