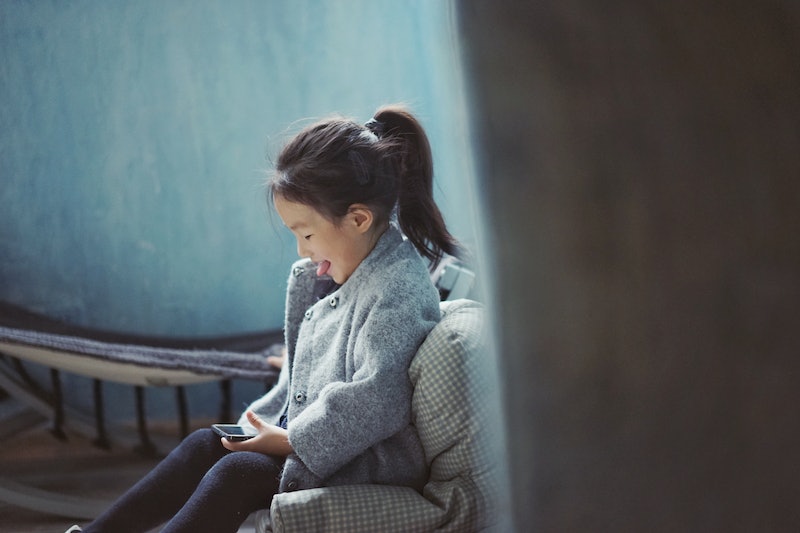 Not only are games created by women consistently badass, but it's also empowering to be able to see the craftsmanship of a woman who has worked hard in a world that is obviously male-dominated — which is especially true for the world of game design — come to life. So I think we should take some time to recognize a few game apps designed by women.

While surfing the web for women game designers, specifically for mobile apps, I was saddened by how male-saturated the mobile gaming world truly is — even though women do love playing games. The industry is, sadly, male-dominated, and that's not going to change unless we keep pointing it out.

However, there are a few women working in the gaming industry who are trailblazing a way for a more diverse, inclusive, woman-dominated future. Aka, badasses. I gotta be honest, when finding women who have developed some creative games, either by themselves or with a team, I was dancing right at my computer. They're all so inspirational! So let’s take a moment to recognize some of the incredible games that these women have created, and hopefully encourage young women to enter the world of game design.

Not only is Tanya Short the genius behind Shattered Planet, but she also took time to talk about her design process and passion behind this project in an article on KitFox Games after the release!

Are you a fan of horror? Well so is Paulina Pabis, the woman behind the game app Eyes. The objective of the game is to find something within a haunted place without trying to see a ghost. If you see a ghost, you go mad!

Bidwell is the co-creator for Lume, a game full of mystery and suspicion. The design of this game actually includes handmade paper dioramas that were actually filmed! Talk about a clever game design tactic.

If you are ga-ga over Japanese art and pop up books, this game design is your cup of tea! Schneidereit created a beautiful world that requires the user to solve puzzles, and the interaction is like working with a pop-up book itself.

Although this 22-year-old game designer has said she did not work alone, she was the only woman on her team and the face behind Matatu. Not only that, but she entered her app into a Google Application competition and won against three male competitors! Oh, and it’s one of the most popular games to play in Uganda. So cool.

Wakamiya is the epitome of the phrase “it is never too late to achieve your dreams.” She not only developed the game app Hinadan, but she did at the whopping age of 81. Badass.

Not only is Liu a cofounder of Google Ventures-backed Kabam (a game developing company), but she is also the developer behind the brilliant game Kingdom of Camelot. Her hands have touched numerous other popular mobile games including Transformers and Lord of the Rings.

A young, 26-year-old New Yorker took it upon herself to develop Shufflepix: a social puzzle game. She even quit her job as a consultant to do it, and is now claiming fame for her clever design!

Like most video games, Zynga claims development of this iconic game — but obviously there were tons of hands within the creation process, Amanda Wixted being one of them. She also assisted on developing other apps including Live Poker, Mafia Wars, and much more.

More like this
Ashamed Of Your Screen Time Stats? Here's How To Change That
By Alexis Morillo
How To Turn Off TikTok Profile Views So You Can Stalk Other Accounts In Secret
By Alexis Morillo
This Wordle Rival Is Taking Social Media By Storm
By Sam Ramsden
19 Instagram Captions For Celebrating Black History Month
By Ayana Lage
Get Even More From Bustle — Sign Up For The Newsletter
From hair trends to relationship advice, our daily newsletter has everything you need to sound like a person who’s on TikTok, even if you aren’t.