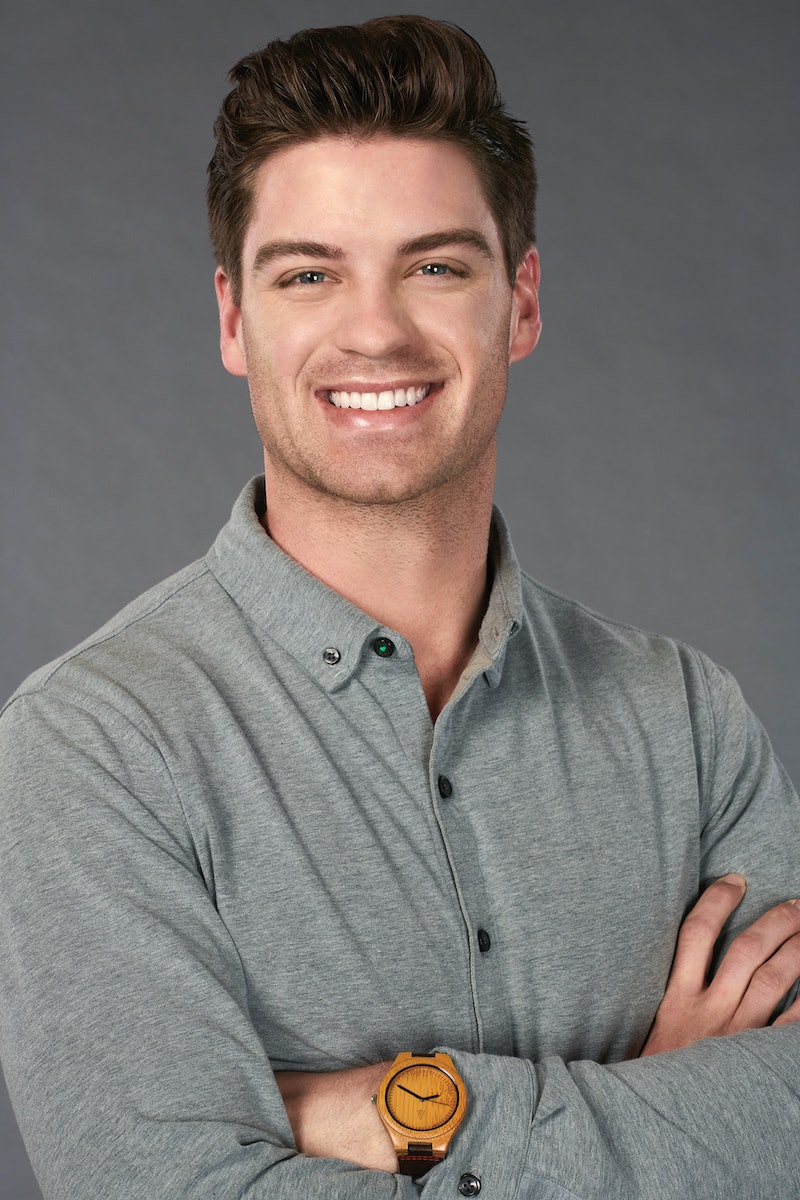 Hannah B. already has one contestant that will hit close to home. Bachelorette contestant Garrett Powell is from her home state of Alabama, which means he traveled all the way to the Bachelorette mansion to meet a girl who lives only an hour away from him. That might give him an early advantage over the other guys, considering they're definitely going to have something to talk about on night one.

Garrett is from Birmingham, which is about 58 miles — give or take — from Hannah's hometown of Tuscaloosa. He's a 27-year-old professional golfer at Shoal Creek Golf and Country Club, and a graduate of Mississippi State University where he studied professional golf management, according to his Facebook page.

Although he's now known for his strong swing, he was also the quarterback for his college's football team, the Mississippi State Bulldogs. According to his ABC bio, Garrett once pulled a total Friday Night Lights and snuck his then-girlfriend onto the 50-yard line after hours for a make-out sesh. Does that mean he plans to recreate the scene with Hannah? His bio also says he thinks the most romantic city in the world is Savannah, Georgia, so if he had the option to take her on a date somewhere, they may find themselves at a football stadium in the peach state.

When he's not golfing, Garrett's bio says he's "just a humble country boy enjoying life" who likes going to church and drinking beers with his friends. That description is uncannily similar to Hannah's, which calls her a "fun country girl who is unapologetically herself."

Garrett's Instagram (which is set to private) says, "I am just a man with a heart and sinful hands" who's "Learning every day." Hannah's bio reads, "I love Jesus with my whole heart." Their faith and southern roots seem to play big roles in both of their lives.

It's no coincidence that Garrett ended up on Hannah's season and just happened to have so much in common with her. According to his bio, Garrett's sister-in-law actually nominated him because she couldn't ignore their similarities. If things work out between them, he's going to owe her big time.

Commenters on the official Bachelorette Facebook page think Garrett resembles Dean Unglert, who competed on Rachel Lindsay's season. "He looks like he could be Dean's brother!" one user wrote. Others were quick to project him as the season's winner. "I Garretee this ones the winner!" one person cleverly commented. "he's for sure top 2," another wrote.

Purely based on commonalities, the two are bound to hit it off from the beginning. But do they share more than what's on the surface? That's what matters most, and it will take some time (and probably a few one-on-ones, if he's lucky) to discover. On the other hand, there is such a thing as having too much in common, so hopefully that's not a roadblock for them either. See which way things go when The Bachelorette premieres Monday, May 13.