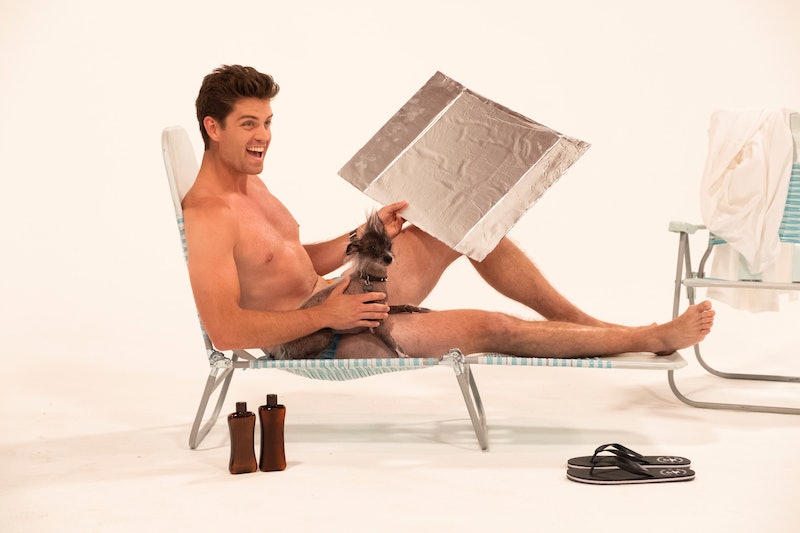 Following Becca's Bachelorette season, there's another Garrett vying for a final rose. Garrett Powell from Hannah B.'s Bachelorette season hasn't gotten much of an opportunity to speak to the former pageant queen just yet, but that's to be expected in the first few weeks, and if Becca's season has proven anything, it's that Garretts can prevail through rocky moments and come out stronger on the other side. Hopefully for Hannah, though, Garrett's Instagram won't stir up nearly as much controversy as Garrett Yrigoyen's did.

Whereas Yrigoyen's Instagram landed him in hot water with Bachelor fans, Powell's is much more tame. Really, all it shows is that Garrett is a man who really, really loves golf — which makes sense, since according to his ABC bio, he's a golf pro. This is not to be confused with a pro golfer — a golf pro is someone who works more on the business and management side of things, such as giving lessons or supervising golf instruction at a course. Anyway, Garrett likes other things, too. When he's not posting photos of himself hitting aces, it's clear that he has a full life off of the green — one that Hannah could be getting more familiar with as the season goes on. Here's what else his Instagram reveals.

He Loves His Alma Mater

One of the biggest strengths that Garrett has going into The Bachelorette is that he, like Hannah, is a true southerner, right down to his love of hunting. But there may be no deeper love that Garrett has, aside from golf, than the one he he has for his his alma mater, Mississippi State. And while Mississippi and Alabama aren't exactly the same, Garrett is from Birmingham, so he and Hannah already have a lot of common ground.

He Loves Hanging With His Friends

Being well-liked is always a good sign, and it's clear from his Insta that Garrett has a great group of friends. Maybe a few of these faces will pop up in Hometowns later this season.

He Loves His Family

If Powell isn't posting about golf, chances are he's posting about his family, which is good news for him because being close with one's family means a lot more on The Bachelorette than one's ability to score an Albatross. Powell's family has seen an engagement in the past few years, but another one may be on the way.

There's surely even more to Powell than golf, friends, family, and Mississippi State, but his Instagram provides a good look at the basics. He seems like a friendly, down-to-earth, drama-free dude, which isn't always easy to come by on reality TV. He and Hannah's similar backgrounds should provide a solid foundation for their relationship, and hopefully, we'll learn more about him as the season goes on. He doesn't have the final rose in the bag just yet, but if Garrett can select his words as carefully as he selects his golf clubs, he certainly has a shot.