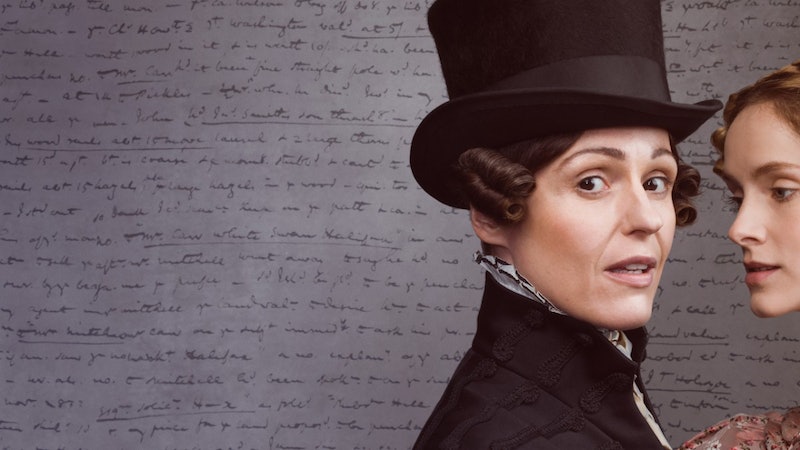 Every time the BBC produces a new period drama, excitement builds to an intense level. Nobody, and I mean nobody, does it like the BBC. You know what else builds excitement? Seeing same sex relationships on screen. Especially in terms of period dramas. Because obviously the likes of the Brontës and Jane Austen weren't keen on including same-sex dalliances. Which is a bit like straight-washing queer history. Gentleman Jack provides period and same-sex drama in abundance so obviously it has gone down a treat. But will Gentleman Jack return for a season 2?

Gird your loins and loosen your bodices, because it's a definite yes on this one. The BBC confirmed that the show has been a ratings hit and will be back for more. Piers Wenger, who is Controller of BBC Drama knows a good thing when he sees it and couldn't contain his excitement for the show's return.

"Gentleman Jack exudes sass and originality, and has been a huge hit with our BBC One audience. We look forward to continuing Anne Lister’s journey with Sally, Suranne, and the rest of the team".

How many queers are high-fiving right this very moment? Suranne Jones, who is playing Lister, and Sophie Rundle, who is playing Anne Walker, will return to reprise their roles. Which is extra good news for this production made by the BBC and HBO.

The script for the show was written by Sally Wainwright who is a bit of a legend in her field. She wrote hit shows Happy Valley, Scott And Bailey, and Last Tango In Halifax, which proves she knows damn well how to tell a story based up North. Also seemingly, she super enjoys working with Jones and Rundle who have appeared in her shows before. In a statement she said basically the best is yet to come for the show.

"I'm utterly delighted that we've been recommissioned, because there are so many more big, bold stories to tell about Anne Lister and Ann Walker".

So same-sex focused period drama isn't exactly new. Thank goodness the likes of Sarah Waters provided light entertainment as well as a sexual awakening for many youths. Her books and subsequent TV productions of Tipping The Velvet and Fingersmith changed the face of antique entertainment. However, those shows were fiction. Gentleman Jack is based on the real life actual diaries of Lister, who was born in 1791.

Lord knows LGBTQIA+ people existed then, but being queer wasn't super talked about or in any way cool. Despite this, Lister seemed to have an absolute bevvy of lovers. I mean guys, she would put anybody's little black book to shame. She fastidiously kept diaries, keeping a detailed account of not only her daily life but all of her THOT life. And not only is she a queer icon but a feminist icon, for being a total boss and successful business woman.

The diaries were written in code to avoid the prying eyes of nosey beggars and to keep her secrets secret. Which was no mean feat as she wrote over four million words. I know right, puts all of us to shame. Her diaries were decoded back in the 80s and proved that not only did queers exist back then, but they were active AF.

No news on when the new season will air but as we are only one episode into the first season, you have lots to keep you going in the meantime.

Watch Gentleman Jack on BBC iPlayer and on Sundays at 9p.m.