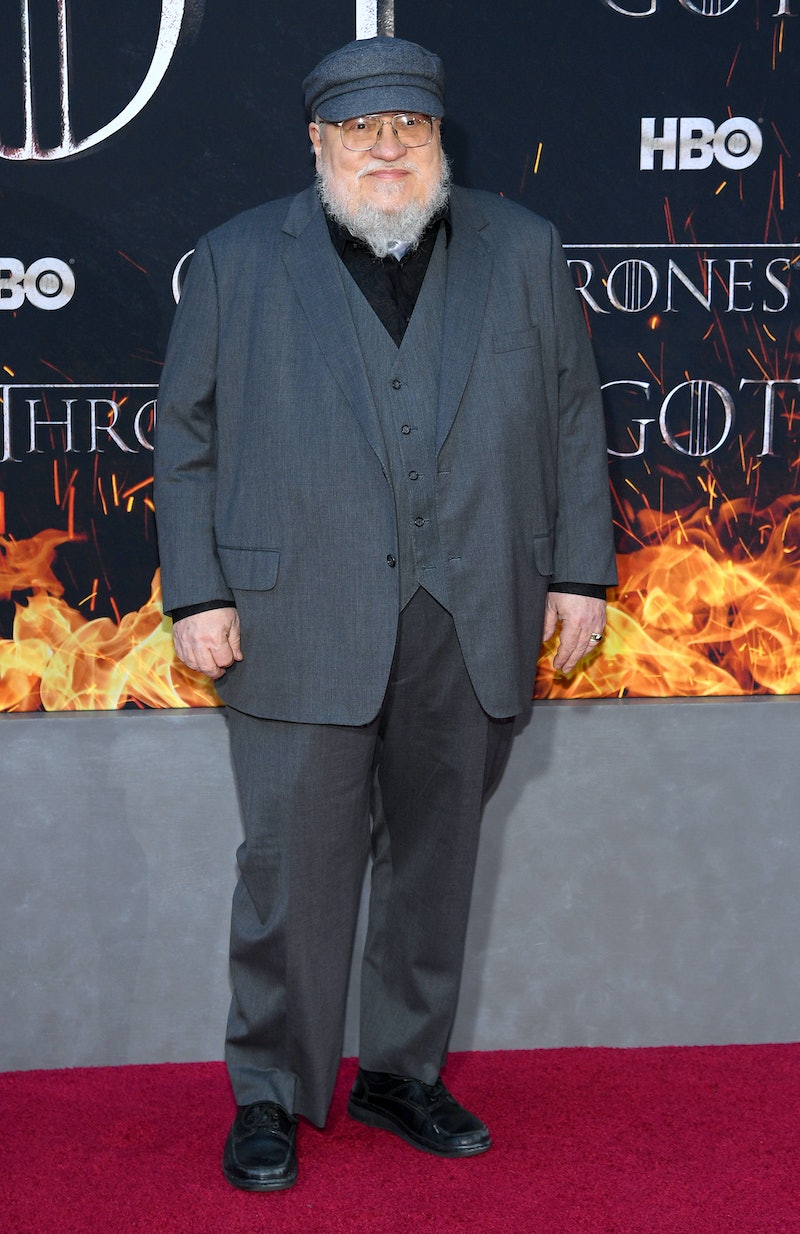 For many Game of Thrones fans, it's been a stressful and bittersweet past couple of weeks. The final season started on April 14, and while it's great to have all the fan favorites back, it's been hard coming to terms with the fact that it's time to say goodbye to the series. But George R.R. Martin's update on the Game of Thrones spinoffs is great news for fans of Westeros and this world's stories. So instead of thinking about how this version of the show is ending, think about what might come to HBO in the future.

In his most recent blog post, Martin gave fans updates on what he's been up to, but he also wanted to clear the air about the Game of Thrones spinoffs (which is a term that he doesn't like to use, instead he refers to them as "successor shows). The good news, of course being that they're not all shelved, despite that being the case for one of the original five that were in contention.

"Oh, and speaking of television, don't believe everything you read. Internet reports are notoriously unreliable. We have had five different GAME OF THRONES successor shows in development (I mislike the term “spinoffs”) at HBO, and three of them are still moving forward nicely. The one I am not supposed to call THE LONG NIGHT will be shooting later this year, and two other shows remain in the script stage, but are edging closer. What are they about? I cannot say. But maybe some of you should pick up a copy of FIRE & BLOOD and come up with your own theories."

On April 24, it was confirmed that one of those spinoffs was not given a green light by HBO, according to current GoT writer, Bryan Cogman. He was one of several writers tasked with coming up with a successor series, according to TVLine, and this one just didn't cut it for HBO. Talking to The Hollywood Reporter, Cogman said that he was working with Martin, who has his hands in many of the shows that are currently in the works. "My prequel show is not happening and will not happen," Cogman said. "HBO decided to go a different way. I'm working with Amazon now and helping them out with their shows. So, it is a goodbye. I am done with Westeros. It's wonderfully bittersweet."

As Martin confirmed in his blog post, of those five he was assisting with, three are still moving forward "nicely" with HBO. But the one that is for sure confirmed is the one Cogman mentioned to THR. It doesn't have a name just yet, but the prequel will star Naomi Watts, Jamie Campbell Bower, Naomi Ackie, and Georgie Henley, among many more.

In 2017, Martin wrote that all of these successor shows take place way before Daenerys, Jon, and Cersei were even born, while also giving more context as to why he doesn't like the terms prequels, sequels, or spinoffs. "None of these new shows will be 'spinning off' from GoT in the traditional sense... Every one of the concepts under discussion is a prequel, rather than a sequel. Some may not even be set on Westeros," he wrote on his blog.

There's a lot of exciting news here, and despite one show being canned, the news that three are still going strong with HBO — and one even has been given a pilot order — is fantastic for Game of Thrones fans everywhere.