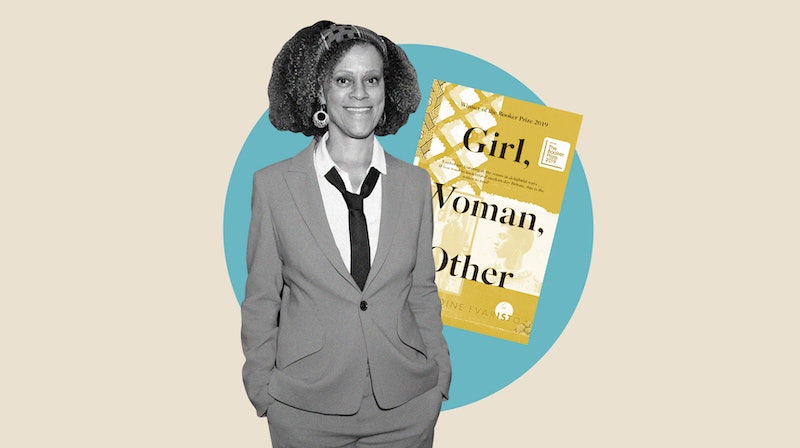 It’s been a whirlwind year for Bernardine Evaristo. A year after the publication of Girl, Woman, Other, and six months on from winning the Booker Prize 2019 alongside Margaret Atwood’s The Testaments, life looks very different. And that’s before you even add the national lockdown to the mix.

“I should be in Australia right now,” she tells me on the phone. Instead she’s at home in London with her husband, flitting between writing, organising her personal archive — a favourite task of hers — and caring for her mum. “I haven’t really had time to pick up new hobbies,” she laughs, though she is reading 2018 Booker Prize winner Milkman, by Anna Burns.

With literary festivals being cancelled up and down the country (and around the world), Evaristo is going virtual: joining the Big Book Weekend’s impressive line-up. Supported by BBC Arts as part of its Culture in Quarantine initiative, over three days (May 8-10) the online literary festival will “open the doors to many more people, and bring writers into people's living rooms on an unprecedented scale,” she says. “This is very much part of the life of a writer: doing public events, reading from your work, having a conversation with the audience about it.”

She’ll be discussing her award-winning novel, Girl, Woman, Other, naturally. The book — also up for the Women’s Prize for Fiction later this year — has captivated audiences the world over with its hybrid form, a prose-poetry blend Evaristo calls “fusion fiction”. The polyphonic novel is packed with interconnected stories — a rich tapestry that spans generations, geography, and gender — weaving together an unflinching view of modern Britain.

Ahead of the Big Book Weekend, we spoke with Evaristo about breaking tradition, the importance of experimenting and why she remains a literary activist.

On Her Approach To Writing & The Importance Of Taking Risks

"As a writer I give myself a lot of freedom to write the kinds of stories that I want to write, and I am a risk-taker. I'm very interested in finding ways to tell stories that haven't been done before. I'm not somebody who wants to write to fit into any kind of convention, or even a literary tradition. I'm only interested in staying true to my creative impulse and finding a way to write the stories that I write, in a way that best expresses them. And that often involves experimentation."

On Breaking With Literary Tradition & Creating Her Own Form

"I love the idea of fusion fiction because what it expresses is the way in which I have created a novel: using language in unorthodox ways – the absence of full stops and capitals, making language free-flowing – and fusing 12 co-protagonists together into a single cohesive whole. The novel wouldn't exist without that form. If I had written the novel in a traditional way, with traditional paragraphs and given each woman their own characters, it probably wouldn't even read as a novel: it would read as sort of a loose connection of maybe short stories. If that is setting a new literary tradition, if you like, then that's interesting, but poets have always done this: played around with language and been rebellious with punctuation."

On The Impact Of Winning The Booker Prize

"I didn't realise the impact of the Booker, but the repercussions are just endless in a very positive way. My books have been sold all over the world and there’s translations, and the television rights… My reputation has gone through the roof! Suddenly I'm being seen in a very different way. But I'm the same writer; the book is the same book, and I have a backlog of work, so it's quite surreal that suddenly I have been elevated in this way. But the best thing is the readership: that these 12 primarily black British womxn are now reaching all corners of society. I just count my blessings because I think that's so amazing for me and my writing, and as a literary activist, I use my platform to also shine a light on some of the other writers out there from my community."

On No Longer Being An Outsider & What Her Breakthrough Means

I cannot say I’m an outsider anymore. In fact, I feel like the ultimate insider in this moment. But I'm very aware that my success does not necessarily mean that the doors are going to open for other writers. That's what counts. It's not about my success, it's not about being an individual: it's actually about how my breakthrough means that people of colour in this country, who would normally be overlooked, are actually embraced by the publishing world, and supported to publication, and to reaching their readership. That's what's most important.

Bernardine Evaristo will be in conversation with Mairi Kidd on May 10 at 6.p.m. via Big Book Weekend