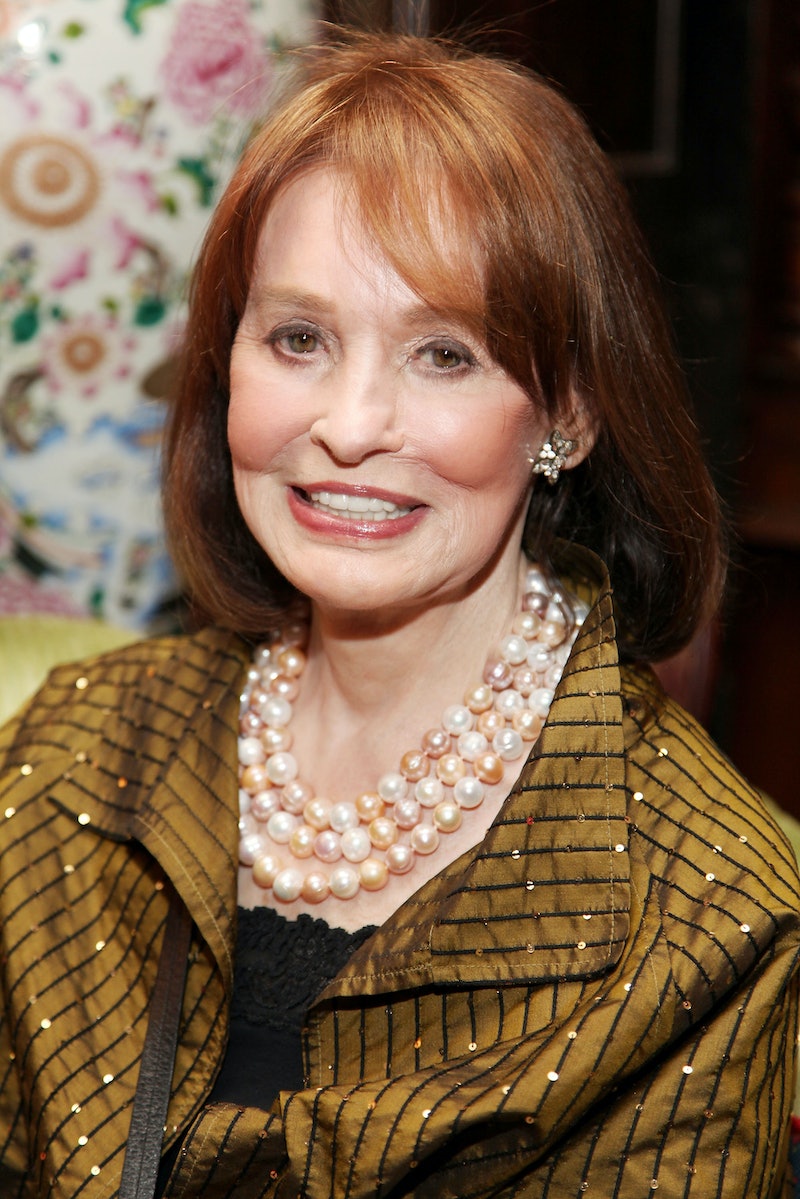 Gloria Vanderbilt, who was best known as a socialite, heiress, and New York fashion designer, has passed away. According to her son Anderson Cooper, Gloria Vanderbilt died on June 17 at the age of 95. Vanderbilt was diagnosed with advanced stomach cancer a few weeks prior to her passing.

"Gloria Vanderbilt was an extraordinary woman, who loved life, and lived it on her own terms," Cooper said in a statement. "She was a painter, a writer and designer but also a remarkable mother, wife, and friend. She was 95 years old, but ask anyone close to her, and they'd tell you: She was the youngest person they knew — the coolest and most modern."

Vanderbilt was born in 1924 in New York, right in the middle of the Gilded Age. She was the daughter of Reginald Vanderbilt, who was the heir to a railroad fortune. But Vanderbilt didn't coast on her family's money. Rather, she made a name for herself by not only becoming a long-time actress, but also launching a fashion line in her own name in the '70s.

Vanderbilt is credited with creating America's original designer jean, being the first to give the working class staple a luxury twist. The denim was known for its slim fit, signature Gloria Vanderbilt embroidery, and swan logo. The brand has now expanded to include knits, tops, jackets, and perfumes, but Vanderbilt has a place in history for helping to make denim mainstream.

Not only did Vanderbilt help to re-brand jeans as stylish everyday wear, but she also helped to expand the clothing choice to women. The majority of jeans were designed for men, but clothing manufacturer Mohan Murjani signed Vanderbilt to market her jeans for women. You can partly thank the socialite for the expansive jeans collection you have hanging in your closet right now.

Prior to launching her clothing empire, Vanderbilt was part of the public eye for most of her life. Dubbed the "poor little rich girl" of the Great Depression, Vanderbilt was part of a sensational custody battle between her grandmother and aunt in the 1930s after her father passed away. Her aunt won, but Vanderbilt was disinherited by her when she married Hollywood agent Pat DiCicco at 17-years-old.

The marriage didn't last, and Vanderbilt's love life went on to be just as closely documented as her career. Vanderbilt went on to marry four times, and dated A-list celebs like Errol Flynn, Frank Sinatra, Marlon Brando, and Howard Hughes.

While Vanderbilt's relationships were fodder for tabloid headlines, she was also an exceptional mother. She had four sons, one of which is CNN newscaster, Cooper.

Cooper shared an an on-air eulogy that aired on CNN the morning of June 17. "She spent a lot of time alone in her head during her life, but when the end came she was not alone. She was surrounded by beauty and by family and by friends," Cooper shared.