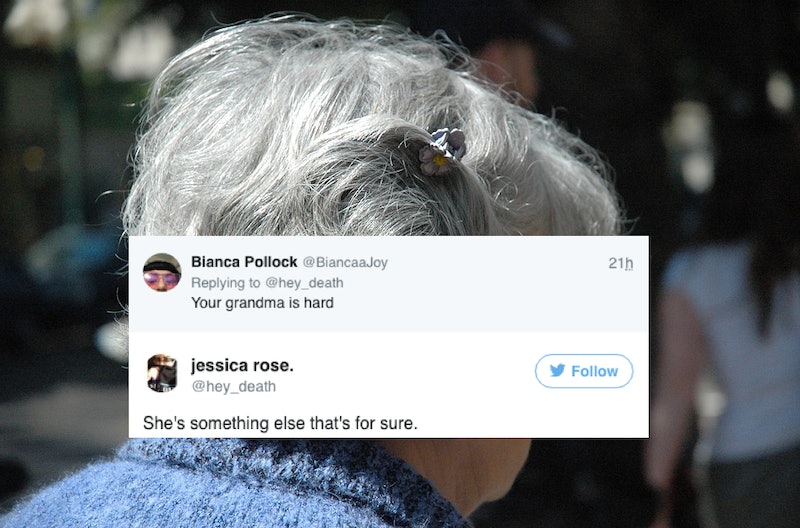 A restrictive abortion bill is set to go into effect in Arkansas on Sunday. Critics argue that the law will require survivors of rape to get permission from their rapists to get an abortion. One grandma’s response to the Arkansas abortion bill has gone hugely viral, with thousands cheering for her blunt criticism of the controversial law.

This year, the Arkansas state legislature passed HB 1566, also known as the Tissue Disposal Mandate, which states that fetal tissue must be treated the same way that the remains of a deceased family member would be. State law requires that family members get to decide what to do with their relative’s body; under the new law, both the mother and father of a fetus have equal say in how fetal tissue is disposed. If they do not agree, then the matter can be taken to court, which could, in turn, delay the decision long enough to make abortion impossible. Critics argue that the law effectively requires women seeking an abortion to get permission from the fathers beforehand. In cases in which the woman is a minor, her parents or the father (if he is over 18) would make the decision. The law does not contain any provisions for cases of rape or incest.

The American Civil Liberties Union has sued to stop the law, arguing that, as written, it opens the possibility that a woman who has been raped would be required to seek permission from her rapist to terminate a pregnancy resulting from non-consensual sex.

California-based Twitter user Jessica Rose read about the situation in a July 10 VICE article and shared the article on Facebook. Her 80-year-old grandmother saw the post and didn’t mince words.

Jessica Rose’s tweet of the comment went viral, racking up a staggering 85,000 “likes” since Thursday. Many people tweeted to cheer her grandma on.

In an interview with Bustle, Arkansas Republican Representative Kim Hammer, the bill's primary sponsor, claimed that HB 1566 is not intended to force survivors of rape to consult with their attackers. “I can't speak for judges in the state of Arkansas, but I don't see judges who ultimately have the control to make that decision applying it that way,” he said. “But I will tell you, if that becomes an issue, I'd be glad to bring clarity to that so somebody who is in that unfortunate situation isn't required to do that. I don't agree with the idea that she would have to notify who raped her.”

However, the current version of HB 1566 makes no mention of rape, incest, or domestic violence, and there is nothing written in the law that would exclude victims of violence from the requirement that they get the consent of the men involved before having an abortion.

More like this
How To Politely Reject Someone Who Keeps Asking You Out
By Laken Howard and Lexi Inks
Romance Authors Are Mobilizing For Reproductive Rights
By Natalia Perez-Gonzalez
Black History Month UK’s 2022 Theme Calls For Action, Not Words
By Maxine Harrison
Chris Kaba's Family Continue Fight For Justice After Viewing Police Bodycam Footage
By Sophie McEvoy
Get Even More From Bustle — Sign Up For The Newsletter