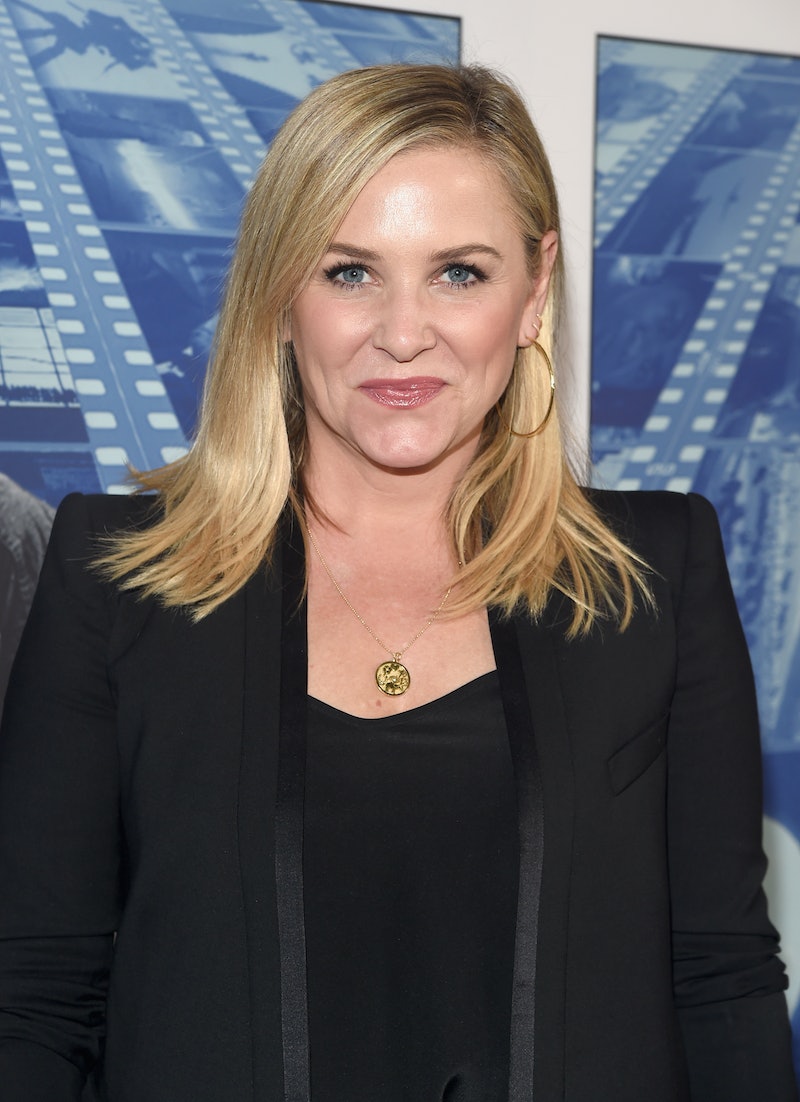 December may be more than six months away, but Christmas has come early for Grey's Anatomy fans. The reason? Grey Sloan Memorial alum Jessica Capshaw is starring in a Netflix holiday movie called Holidate — and the actor excitedly shared the news with an epic, star-studded May 15 Instagram photo. In the caption, she wrote:

This just in...THRILLED to join this massively talented (and hilarious) group of lovely people to bring you a profoundly charming and funny new movie called HOLIDATE. @netflix had me at hello with this one and I couldn’t be more excited to get back to the business of bringing joy and laughter to a screen near you...😘

Exactly what kind of "joy and laughter" do holiday movie fans have to look forward to when the movie premieres later this year? According to Deadline, Holidate "follows Sloane (Roberts) and Jackson (Bracey), both of whom hate the holidays! Their enduring singledom leaves them subject to the judgment of their meddling family members or stuck with clingy, awkward dates on each festive occasion. When these two meet, they pledge to be each other’s plus-ones for each holiday celebration over the course of the year."

Added Sarah Drew, who portrayed April Kepner on Grey's up until last season, "Yayayayyayayayayaya!!!!!! I’m so excited for this!!!!"

After all, this will be Capshaw's first project since leaving Grey's and saying goodbye to her character, pediatric surgeon, Dr. Arizona Robbins, following the ABC medical drama's Season 14 finale. After first scrubbing in on the show in 2009, Arizona's exit came when she decided to relocate from Seattle to New York with daughter Sofia, leaving "Calzona" fans hopeful that she and her newly-single baby mama Callie (Sara Ramirez) may just rekindle an old flame.

Following the May 2018 finale, Capshaw posted a bunch of behind the scenes Grey's photos, including one with Drew — who left the show at the same time — calling her costar "fierce and powerful."

She had also previously tweeted about the pain of saying goodbye to Arizona after nine seasons — and all that the character had meant to her as well as to the LGBTQ+ community. On March 8, Capshaw wrote that she was sad to see her "kind, intelligent, funny, insightful, bold, playful, fierce and really good at her job" character go." Her solace, she added, was "that she will continue to live on and on in all of our consciences and our imaginations."

And Grey's fans will also get to see Capshaw on their TV screens once again very soon.

More like this
Netflix Reveals First Look At Wednesday In The 'Addams Family' Spinoff Series
By Bustle Editors
The First 'Percy Jackson & The Olympians' Teaser Comes With An Ominous Warning
By Grace Wehniainen
64 Genius Gift Ideas For Every Single Guy In Your Life
By Teresa Newsome, Mia Mercado and Brittany Leitner
Here’s Everything Coming To & Leaving Netflix In October
By Jake Viswanath
Get Even More From Bustle — Sign Up For The Newsletter