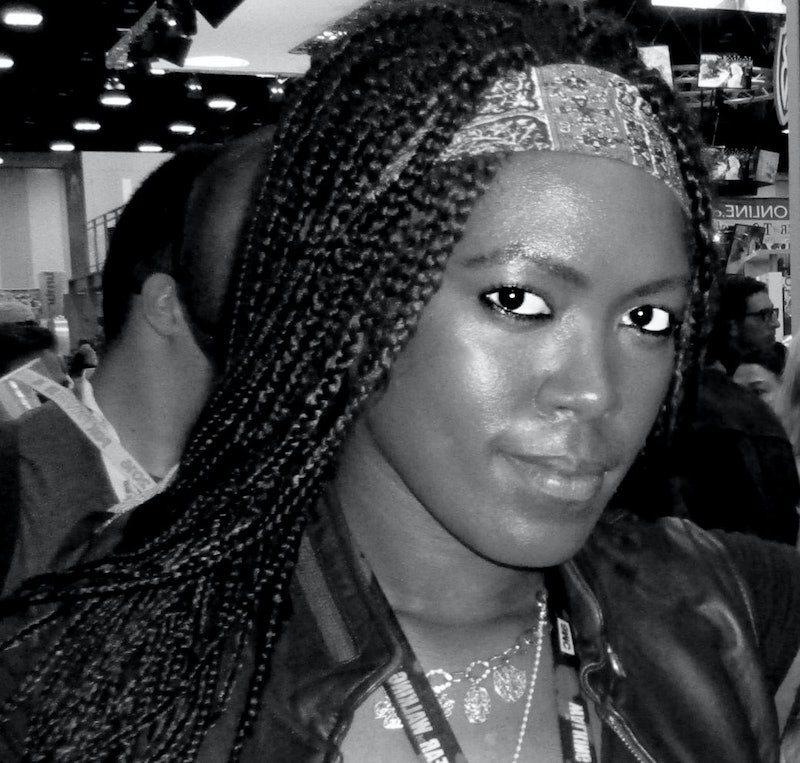 I’ve been an American my entire life, and for the first stretch, I wasn’t aware that I was anything beyond that. Sure, I knew I was African American, but in my heart, I really believed all of us in the United States were exactly the same. I thought we had the same rights, the same protections under the law, and the same ability to walk down the street and feel safe. I thought we celebrated the same things on the 4th of July – freedom, liberty, the right to be happy. I was innocent, and that innocence allowed me to believe in an America I’m having a hard time feeling patriotic about today.

Growing up in Chicago, race was never discussed as an issue to be concerned about. People were people. For most of my childhood, I lived in a black neighborhood and went to an all-black Christian school. Then when I got a little older, we moved to a predominantly white neighborhood, and I transferred to a school that was almost equally split between white kids and black kids. I remember feeling excited that first day - not just because they didn’t wear uniforms at this public school, but all of the different types of children. I could see differences in color, and I was fascinated by it, just like I was fascinated by anything different or unique to what I was used to. At that point, the only white people I recall interacting with were in Florida when my mom would take us to Disney World. Sure, television was (and still is) dominated by white faces (excluding "The Cosby’s" at that time), but I had never personally interacted with white people on the day to day. It might sound silly, but the idea that we were different was completely new to me.

Then, on March 3, 1991, an unarmed Rodney King was pulled out of his car, beaten by four officers, and clubbed fifty-six times. He suffered eleven skull fractures. When the four white police officers were found not guilty (in spite of videotape evidence—sound familiar?) I was only seven, but I understood what was happening: King, like me, was black, and was targeted for being black. The cops who beat him, conversely, got off because they were not only cops, they were white cops. Over the months of his trial, I learned a new reality about America: not all of us are actually treated equally, or even fairly.

I had never personally interacted with white people on the day to day. It might sound silly, but the idea that we were different was completely new to me.

I’ve gotten older and more viscerally aware of racism at every turn. I’ve had instances where I couldn’t get a cab, and I have been followed in stores numerous times.

When I was 24, I was walking through a shopping center in Downtown, Chicago. I had just come from a job interview, so I was wearing a suit, had a natural, and was carrying a purse. As I went into a fragrance and beauty store on the upper level, I noticed that the all-white staff were watching me. I initially thought, “No, I’m tripping…let me be sure.” So, I walked to a different area, and, sure enough, one of the employees was shadowing me. When I questioned him and the other store employees about it, they of course denied it. I told them it wasn’t right, and that there was nothing at all suspicious about me. Then, I felt obligated to make a purchase. I felt I needed to prove that yes, I had the funds, and that no, I wasn’t a thief. It was a horrible, manipulated feeling to have. I was damned if I do, and damned if I didn’t. I walked out with a paper bag of body sprays and felt angry; I walked out of that store and felt powerless.

I was only seven, but I understood what was happening: King, like me, was black, and was targeted for being black.

As my awareness of inequality and racial profiling has increased, so has my understanding that everything I do as a black person in America is under scrutiny.

I’ve seen the looks that me and my white boyfriend receive, and he has too. Looks of disgust, upset, shock and appall that he’s holding my hand. Gawkers don’t know anything about him or me, other than our color. But our color is all it takes. I can only imagine what they are thinking. Sometimes, it makes me laugh; other times, it disturbs me. But I have to be honest and say that it isn’t new for me or any black person in America. This is part of our American story.

We have been followed, threatened, and made to feel afraid to live in America. We can hardly go one day without seeing a video of yet another enraged white person hurling racial slurs at some minority. We watch people who look like us get attacked and murdered for being different, for protecting their brothers, sisters, children, and husbands. White police officers are regularly found innocent for murdering black people. We have a president who refuses to acknowledge terrorist acts in our own backyard, and emboldens white supremacists.

While I know what patriotism is supposed to be, and what it’s supposed to mean, at this point in my life, I don’t know how to muster it up. And yet, America is my home. I was born here; I was raised here. I have love for this country, but I am not that innocent anymore. Everywhere I look, black people are under attack.

To me, it just does not seem like a good year to celebrate.

More like this
The 19 Best Tweets & Memes About Bisexual Awareness Week
By Lexi Inks
This Psychological Effect Might Be Keeping You From Hitting Your Goals
By Lexi Inks
12 Must-Watch Documentaries To Honour Black History Month UK
By Sophie McEvoy
Bustle Daily Newsletter: October 4, 2022
By Hayley Schueneman
Get Even More From Bustle — Sign Up For The Newsletter