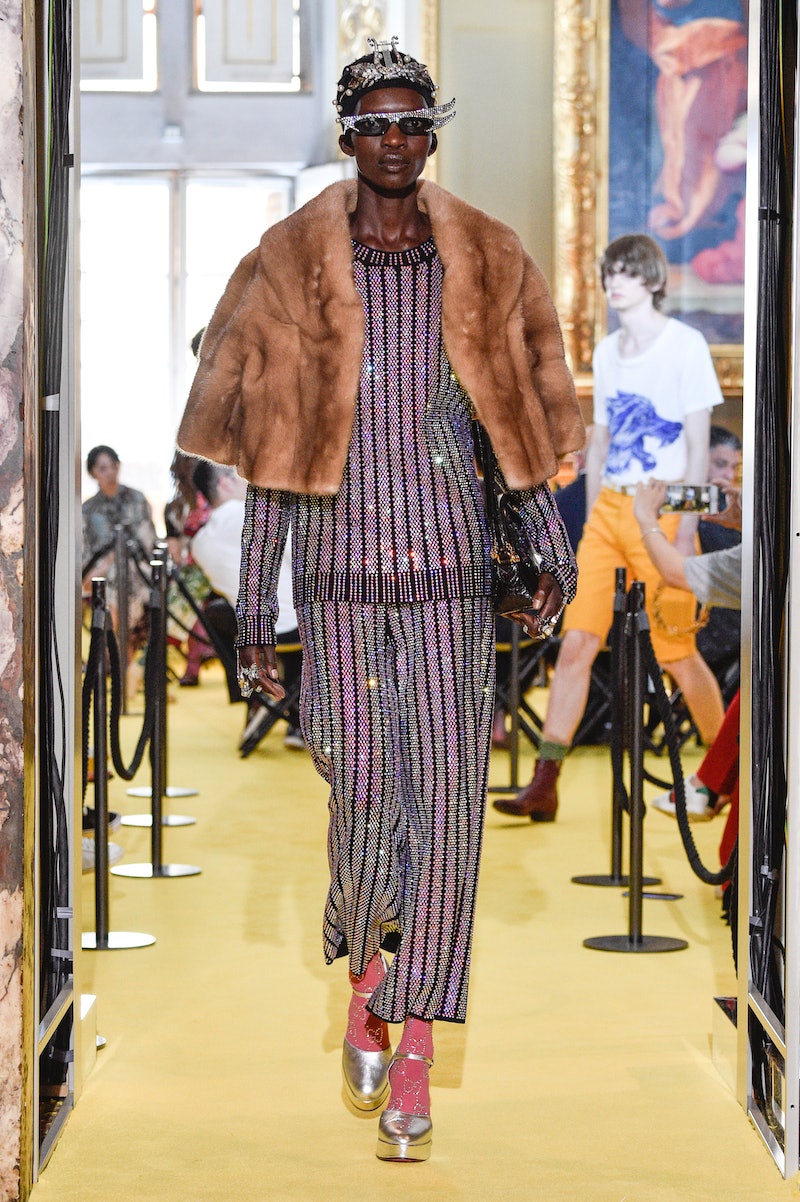 Compassion is always in fashion. Gucci is now fur-free, joining the ranks of other major prestige apparel brands like Ralph Lauren, Giorgio Armani, Tommy Hilfiger, and Calvin Klein who have all ditched fur in favor of consideration towards the four-legged creatures with whom we share the planet.

According to Vogue, Marco Bizzarri, the company's president and CEO, confirmed that the high-end design house will "no longer use, promote, or publicize animal fur" as of its Spring 2018 collection. The Business of Fashion reports that the decision was made along with creative director Alessandro Michele.

Bizzarri offered his perspective on the use of fur to BOF, saying, "I don't think it's still modern and that's the reason why we decided not to do that. It's a little bit outdated."

In the contemporary age, designers have so many innovative fabrics and new technologies at their disposal. Man-made furs are an increasing and equally stylish option, it really drives home the notion that using animal fur as clothing and accoutrements is as old-fashioned as it is cruel and totally unnecessary.

Gucci, which in the past created slippers lined with kangaroo fur, is taking things a step further and demonstrating a serious commitment to banishing the use of fur. In addition to all future fashions being fur-free, the company is linking up with the Fur Free Alliance. The group works to educate the world on the horrors and cruelty that animals endure for their pelts, and seeks to eradicate the exploitation and killing of creatures for their skins.

Furthermore, The Cut reports that Gucci is putting together a charity auction during which it will sell off any remaining animal fur pieces. Proceeds from the auction will benefit the Humane Society of the United States and LAV, which is an Italian animal rights group.

In the past, Gucci designs featured a lot of fur. But, as Vogue notes, its parent company Kering is focused on sustainability by investing in synthetic leathers.

While the fur ban is a hugely positive step in the right direction, let's not look at Gucci as going vegan just yet. One can't help but wonder if the brand will move towards faux leather and beyond in lieu of animal-derived skins. Bustle reached out to Gucci regarding further statements on its fur-free pledge and to inquire about the future of authentic leather, wool, or exotic skins, like snake or crocodile, in its designs.

Eliminating animal suffering is the most important and impactful result of Gucci's decision to say "no more" to fur. But there's another awesome byproduct of Gucci's fur-less policy. As Bizzarri told The Business of Fashion, "Creativity can jump in many different directions instead of using furs."

Bingo! Designers and fashion labels will come up with novel ways to replace fur. They will be challenged to get imaginative when incorporating new fabrics into their designs. So not only are countless animals helped by this decision but fashion lovers will reap the benefits of increasingly striking clothes.

Gucci's fur ban will also speak to its young customer base. As BOF pointed out, millennials are extremely ethically minded.

Hopefully, Gucci's ban will inspire other brands to follow suit.

While Gucci isn't the first brand to wave goodbye to fur, the decision is resonating.

The show of support on Twitter should eliminate any second guessing Gucci could potentially have.

Kudos to Gucci, from Twitter and beyond, for choosing to eliminate fur. It'll be interesting to see if the brand goes further with ethical sourcing for its clothes.