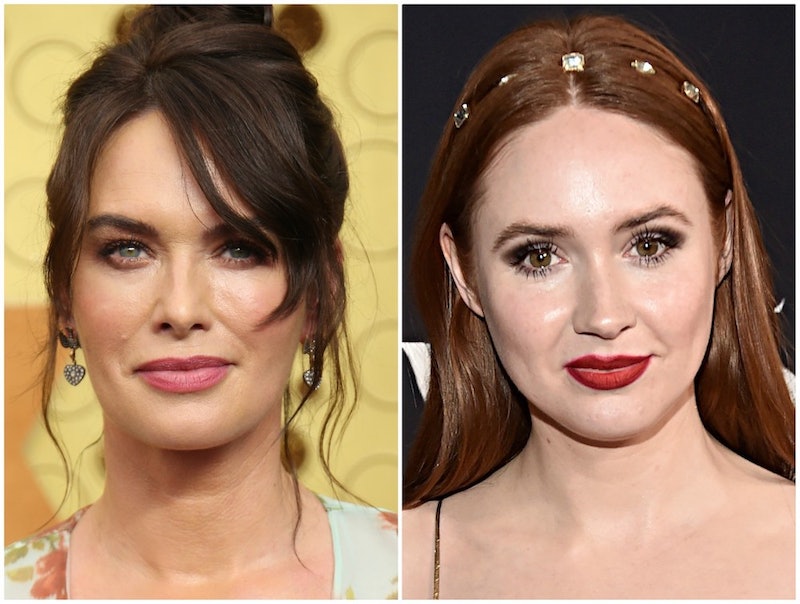 The assassin film genre is expanding with a killer addition: STXfilms has bought distribution rights to Gunpowder Milkshake, the star-studded assassin film set to star Karen Gillan, Michelle Yeoh, Angela Bassett, and Lena Headey. Written and directed by Navot Papushado, Gunpowder Milkshake will follow an estranged mother-daughter assassin duo (Gillan and Headey) who must team up to take down an all-male crime syndicate with the help of other trained female killers. The film will also star Paul Giamatti, The Haunting of Hill House’s Carla Gugino, and Big Little Lies’ Chloe Coleman.

Anna Marsh, CEO of the film production company StudioCanal, said in a statement, per Deadline, “This ambitious, high-octane action film boasts a top-class lineup of kick-ass and smart female talent who promise to light up audiences worldwide. Adam Fogelson and the team at STX has delivered time and again in this genre with hits such as Hustlers and more recently The Gentleman.” Her statement concluded, “Partnering with them on Gunpowder Milkshake will allow us to scale a first-class campaign firmly positioning our film as an event.”

Gillan last starred in Avengers: Endgame and Jumanji: The Next Level. Yeoh’s film credits include Crazy Rich Asians, Crouching Tiger, Hidden Dragon, and Tomorrow Never Dies. Bassett’s TV and film credits include Black Panther, American Horror Story, and Avengers: Endgame. Headey, on the other hand, is prominently known for her role in Game of Thrones.

While a release date hasn’t been set yet, Gunpowder Milkshake will come out sometime this year. The film wrapped production in August 2019. In an Instagram post at the time, Gillan shared a clip of Headey play attacking her as she slept on a cot. “THAT’S A WRAP!!!!!! Can’t quite believe we’ve finished production on Gunpowder Milkshake!!” she wrote. “My god it’s been one hell of a brilliant experience. I’ve loved playing this character and putting my spin on an assassin. Our fearless director @navot has some seriously original sequences in store for you all! I can’t wait for you to see this movie!! Thanks to the whole cast and crew. Except @iamlenaheadey who was an absolute terror.”

A month prior, Gillan shared another behind-the-scenes clip with Headey, Yeoh, Bassett, and Gugino as they glided through a hallway. She captioned the July 2019 Instagram post, “NO wine was consumed prior to the making of this video.” If Gunpowder Milkshake is anything like Gillan's teaser clips, it's bound to be killer.

More like this
Everything You Need To Know About The 'Knives Out' Sequel
By Bustle Editors
9 Movies & TV Shows That Prove Stanley Tucci Elevates Everything He’s In
By Jake Viswanath and Radhika Menon
At 14, Jurnee Smollett Was Taking Meetings With Missy Elliot & Lauryn Hill
By Chloe Foussianes
Lindsay Lohan & Jonathan Bennett Celebrated Mean Girls Day Very Differently
By Jake Viswanath
Get Even More From Bustle — Sign Up For The Newsletter