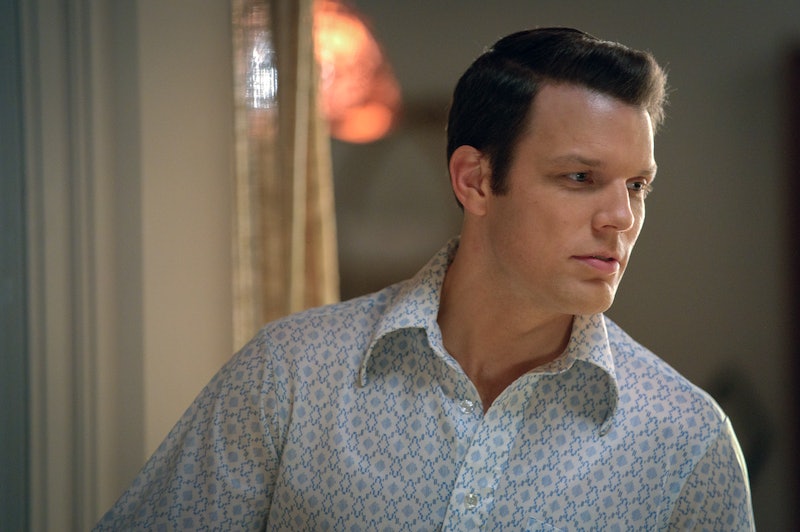 Bob Fosse's philandering ways have long been documented, but Gwen Verdon's love life is often defined by her relationship to the famed choreographer. Yet, Fosse/Verdon shows Verdon with a boyfriend following her separation from Fosse. Verdon's boyfriend Ron on Fosse/Verdon wasn't a real person, but he does seem to be based on someone from Verdon's life. During the "Glory" episode, Fosse was shown jumping into bed with Verdon and Ron, not realizing she was seeing someone else. And in "Where Am I Going?" Ron will join Fosse and Verdon's friend group for a weekend away that inevitably turns awkward. But while Fosse's new girlfriend Ann Reinking is based on the real dancer-actress who starred in Annie, the character of Ron seems to have had a name change from his real-life counterpart.

In "Glory," Michelle Williams' Verdon spoke to her friend Joan Baim Simon (Aya Cash) about her new boyfriend. Verdon said they had met while doing a fundraiser performance for presidential candidate George McGovern, who ran against Richard Nixon during the 1972 presidential election. Ron had played the baseball player Joe Hardy opposite Verdon's iconic Lola. Following their performance together, she started dating the younger man, whom she also noted was rather athletic. And even after her estranged husband busted into bed with them, Ron stayed by Verdon's side during her friend's death. So in "Where Am I Going?" Ron joins Verdon for a weekend away in the Hamptons to honor Joan's death and comfort Joan's husband, playwright Neil Simon.

Jake Lacy of The Office, Obvious Child, Girls, and Ramy plays Ron while Margaret Qualley of The Leftovers plays Reinking. Both Fosse and Verdon's younger partners are in the Hamptons with them and in real life, Fosse was with Reinking for years once he and Verdon separated. But he also cheated on her, as his autobiographical movie All That Jazz highlighted where Reinking played a version of herself. Biography also noted how Fosse was rumored to date another one of his stars in All That Jazz — Jessica Lange.

But Verdon's love life following Fosse is less well-known. As Fosse/Verdon showed, Verdon was married before and she did have a boyfriend when she began working with Fosse on Damn Yankees. According to the biography Fosse by Sam Wasson, which the FX series is based on, that was actor Scott Brady. But there doesn't seem to be any "Ron" that she dated post-Fosse. Instead, it appears that Lacy's character is based on actor Jerry Lanning. While he doesn't have as many notable credits as Reinking, Lanning was in TV shows like The Dick Van Dyke Show and The Donna Reed Show and was still performing onstage as recently as 2011, according to Playbill, and 2013, according to The New York Times. He also helped the Syracuse University drama department with a production in 2017.

When Chicago premiered on Broadway in 1975, People wrote about Verdon's relationship with Lanning. Similar to what was depicted on Fosse/Verdon, the magazine noted how Lanning and Verdon had met while in a production of Damn Yankees and that he was 20 years younger than her. (Fosse and Reinking also had a more than 20-year age gap.) According to Peter Shelley's biography Gwen Verdon: A Life on Stage and Screen, her relationship with Lanning was "the first and only extended love affair of her life after Fosse." Shelley noted they lived together on and off for years after meeting in 1974.

Verdon told People in 1975, "As you get older and wiser, you realize you're not going to fall into that deep ditch of despair. You may get hurt. But you've had a good time." And Fosse's biographer Wasson noted how Lanning helped Verdon get over the hurt of her separation from Fosse. (On the flip side, Shelley noted that Fosse hypocritically wasn't too supportive of his wife's boyfriend.) So while no actor/athlete "Ron" ever existed, Lacy represents Verdon finding happiness in her personal life after Fosse. And unlike many of the other actors in Fosse/Verdon, Lacey didn't have to worry about capturing a real person since his character strays from the true story of Verdon's life just a bit.

More like this
Shonda Rhimes' Net Worth Makes Her One Of The Wealthiest People In TV History
By Hugh McIntyre
How Much Are The 'Schitt’s Creek' Stars Worth?
By Hugh McIntyre
‘SNL’ Finally Spoofed Nicole Kidman’s Weirdly Beloved AMC Ad & Nailed It
By Stephanie Topacio Long
Jonathan Bailey’s BTS ‘Bridgerton’ Photos Celebrate 6 Months Of “Kanthony”
By Stephanie Topacio Long
Get Even More From Bustle — Sign Up For The Newsletter