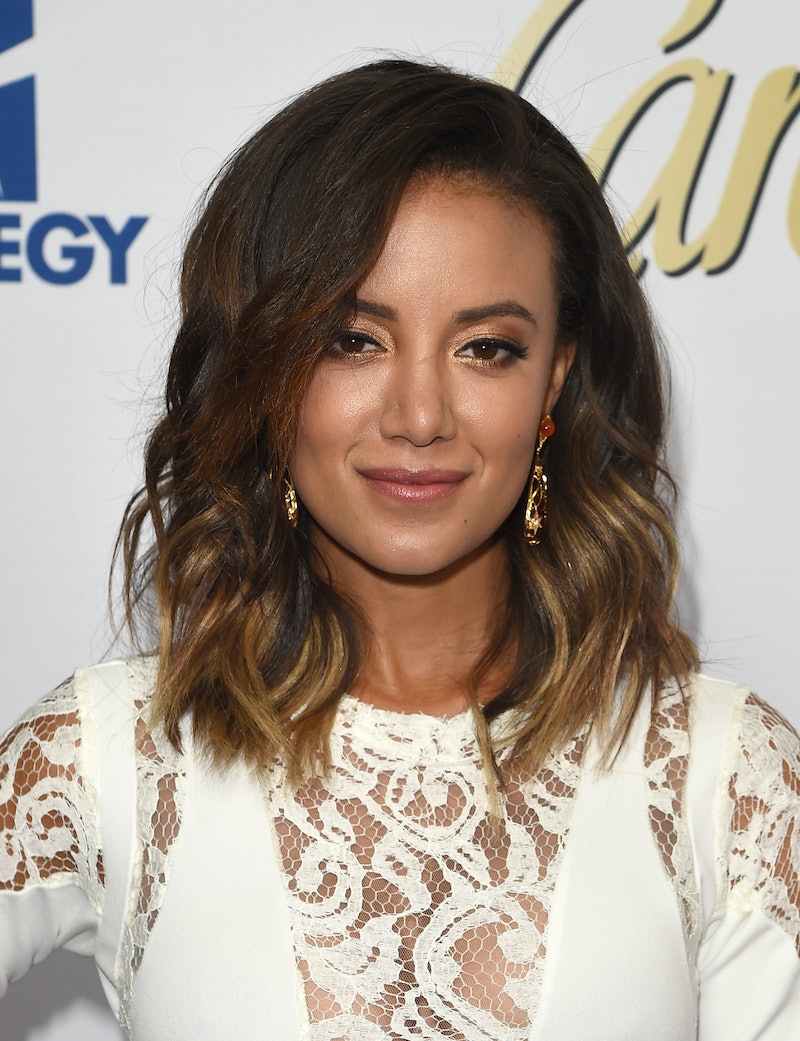 Sure, winter is the more traditional time of year for fans to tune into Hallmark's romantic movies. But summer films can be just as feel-good and romantic, and the Hallmark Channel has a whole slate of new movies to prove it. Hallmark's "June Weddings" movie lineup features a new movie for each Saturday of the month, and there really is something for everyone.

Leading the pack of new Hallmark movies is Wedding at Graceland, the sequel to the 2018 Hallmark movie Christmas at Graceland. (The Hallmark Channel is actually celebrating the June movie lineup with a fan event at Graceland on May 18 and 19, so if you're in Tennessee, you're in luck.) And that's just the tip of the iceberg: There are four more Hallmark wedding movies in June after that.

Here's the full schedule of Hallmark's upcoming June wedding movies, along with who's starring in them and what they're about. Whether you're a fan of stories about people reuniting with their former sweethearts (OK, that's actually most of these movies) or single people finding love at a wedding, next month's Hallmark lineup has you covered. And what's wrong with a few lighthearted movies that are just plain fun? Mark your calendar accordingly, because you won't want to miss these wedding-themed flicks.

Considering the fact that Wedding at Graceland was filmed at Elvis Presley's home, it makes sense that his former wife will have an appearance in the movie. Priscilla Presley has a Wedding at Graceland cameo, she revealed last month. And she teased part of the movie's plot, too. Kellie Pickler and Wes Brown are returning as Laurel and Clay, and Presley tweeted that they'll be facing a "dilemma with their wedding" before they tie the knot. Wedding at Graceland will premiere on June 1 at 9 p.m. EST.

"Wedding March 5: My Boyfriend's Back"

Jack Wagner, Cindy Busby, Tyler Hynes, and Josie Bissett star in this Hallmark movie, which already has a pretty classic-sounding plot. Apparently, Busby's character, Annalise, is a wedding planner. But at the first wedding she plans, the best man just happens to be her ex. Wedding March 5: My Boyfriend's Back will premiere on June 8 at 9 p.m. EST.

Scandal fans won't want to miss Cornelius Smith Jr. in this movie. The storyline sounds like a classic Hallmark movie, but with a twist. The main character, Lily (played by Roswell: New Mexico actor Heather Hemmens) goes back to her college hometown and reconnects with an ex, Scott, played by Smith Jr. The twist? Lily is now a reality TV producer, and Scott is about to get hitched on the reality show. Love, Take Two will premiere on June 15 at 9 p.m. EST.

Anyone who's feeling a bit "always a bridesmaid" will relate to Rachel Boston's character in this upcoming Hallmark movie. After years of being unlucky in love, Becca meets two eligible men at her cousin's wedding, one of whom is the best man. The Last Bridesmaid premieres on June 22 at 9 p.m. EST.

"In The Key Of Love"

Fresh off the series finale of Crazy Ex-Girlfriend, Scott Michael Foster stars alongside Broadway star Laura Osnes in this Hallmark movie. Osnes' character, Maggie, is hired to photograph a wedding — and the bride happens to be the sister of her ex, Jake, played by Foster. It sounds like they might be more than exes by the end of the movie, too. In the Key of Love premieres on June 29 at 9 p.m. EST.

Next month's Hallmark movies might not be Oscar contenders, but that doesn't mean they won't be a ton of fun to watch. And if you're looking for a few romantic movies to watch this summer, Hallmark has you covered.

More like this
Sarah Jessica Parker “Doesn't Remember” What 'Hocus Pocus' Is About In Resurfaced Clip
By Emily Mae Czachor and Radhika Menon
At 14, Jurnee Smollett Was Taking Meetings With Missy Elliot & Lauryn Hill
By Chloe Foussianes
A New Scooby-Doo Movie Confirmed Velma Is Gay & Twitter Is Pumped
By Radhika Menon
Everything You Need To Know About ‘Black Panther: Wakanda Forever’
By Bustle Editors
Get Even More From Bustle — Sign Up For The Newsletter