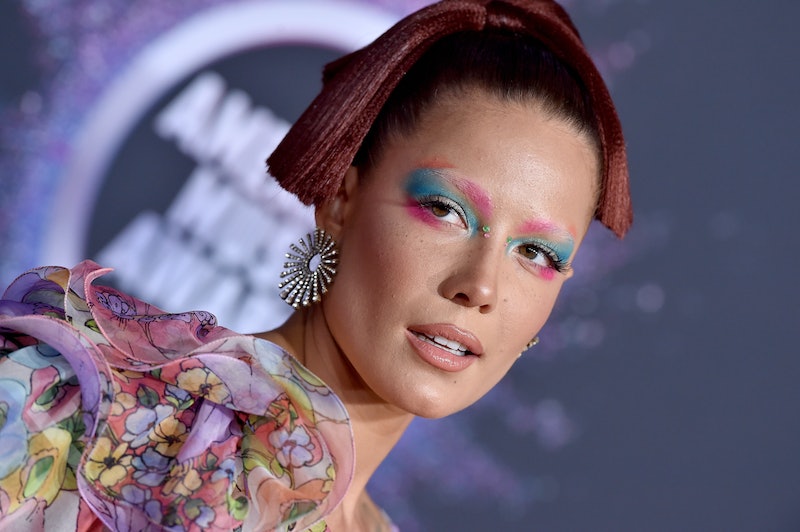 This is a no heckle zone: Halsey shut down a troll who repeatedly heckled her with G-Eazy’s name at a show over the weekend. Halsey, real name Ashley Frangipane, abruptly stopped her concert at Budweiser’s pre-Super Bowl BUDX event in Miami, Florida on Saturday to call out an audience member who repeatedly screamed her ex-boyfriend’s name at her from the crowd. The entire ordeal was shared on Twitter by users who were in attendance of the show prior to the Super Bowl this Sunday.

"If you say G-Eazy one more f*cking time, I will kick you out of this building," Halsey reportedly said in the clip. "I will kick your f*cking ass. Test me. I will kick your ass out of the f*cking club. You’re not going to disrespect me like that at my own show." Her response prompted concert-goers to scream in approval. On her Instagram Story after the ordeal, Halsey seemingly addressed the situation and wrote, “don’t ever let someone make u feel crazy or unhinged cause ur a woman standing up for urself. don’t tolerate disrespect in the name of being ‘nice.’”

Halsey and G-Eazy split in July 2018 after nearly a year together. The “Graveyard” singer issued a statement on Instagram Story at the time that read, in part, “I normally keep this kind of thing private but provided our public nature I feel the need to inform my fans. G-Eazy and I are taking some time apart. I wish him the best.”

After their split, the duo, who collaborated on the 2017 song “Him & I,” remained relatively mum about the circumstances to the press. In an interview with Glamour in January 2019, Halsey opened up about the breakup and her decision to no longer address it publicly. “The biggest lesson I learned was to make art, not headlines,” she said. “Because it can become quite easy, in the social media generation, to go from being a musician to becoming a personality.”

The following month, Halsey took the Saturday Night Live stage as host and musical guest and performed a rendition of “Without Me” that appeared to hint at her ex’s infidelities. The backdrop of her performance, which featured the words “Ashley, I cheated,” led fans to believe that G-Eazy had been unfaithful in their relationship. One Twitter user wrote, “halsey really said f*ck it and used her ex's apology as her f*cking backdrop for snl huh.”

While Halsey has since moved on with American Horror Story star Evan Peters, one thing's for sure: she will not tolerate disrespect.