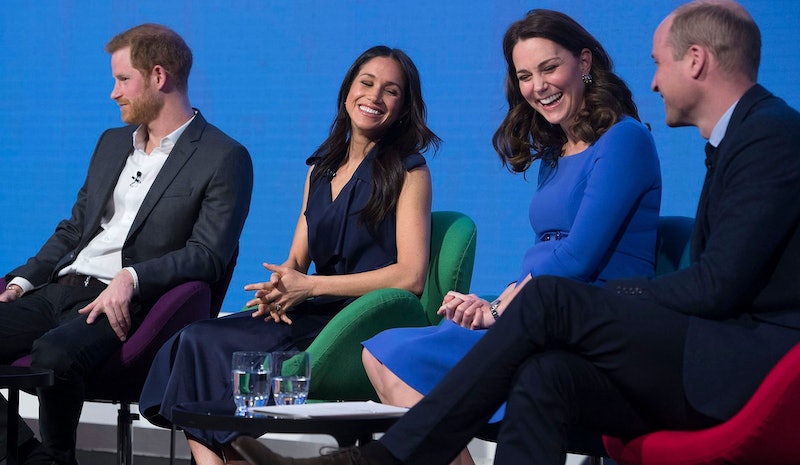 With their new bundle of joy Archie Harrison making his arrival just under a month ago, Prince Harry and the Duchess of Sussex are sure to have their hands full looking after a newborn. Ever since Meghan's arrival onto the royal scene the media have tried to pit her and Kate Middleton against one and other — sadly, a tale as old as time. The latest story pushing that narrative is news of Harry and Meghan splitting from the royal charity they founded with Prince William and Kate.

They were once nicknamed the "Fab Four" which in itself is a pretty incredible feat. This nickname was once used for the Beatles and shows a group has reached elite level in public devotion. This was a name bestowed onto them by the adoring public and media, for being the modern millennial's answer to the royal family. But, as is entirely unsurprising with two adult couples, it looks like the couples are going there own way slightly. The Sun reports that Prince Harry and the Duchess of Sussex are set to split from the charity the Royal Foundation that they founded with Prince William and the Duchess of Cambridge. A spokesperson for the Royal Foundation told The Sun "there is a review under way and no decision has been taken."

"We use our passion and unique influence to change mind-sets to make a lasting difference on the issues that matter to us and to society. Our programmes currently revolve around six main themes of work; mental health, wildlife conservation, young people and the armed forces community."

According to the Daily Mail the Royal Foundation has been running for a little over a year and just 15 months ago the "Fab Four" all appeared on stage to promote the forum which was intended to be an annual Q&A session. The Sun also reported that one of the reasons for the split was due to the tense relationship between the princes, with a source telling The Sun's reporter Emily Andrews "things did get very bad between the brothers and they didn’t see each other privately for a number of months after the royal wedding." While

“Nothing has been formally ratified but all the mood music is suggesting the Sussexes will break away. The Sussexes weren't in a rush to make any changes, but the Cambridges were. However, it’s a complex procedure and very sensitive. Nothing will be done quickly and it’ll be a phased untangling of many of the joint initiatives, not an overnight chop."

At the Royal Foundation Forum last February host Tina Daheley asked the Fab Four "working together as family, do you ever have disagreements about things?" To which William replied saying yes. Daheley then asked how they resolve these issues and William replied "Is it resolved? We don’t know." Perhaps it's time that we stopped expecting the couples to be best friends and work colleagues. An announcement will surely be made when they're ready, and I'm sure the pair will continue to support fantastic initiatives through their work, either together or apart.

More like this
Here's When 'The Crown' Season 5 Will Premiere — And What To Expect
By Bustle Editors
11 Photos Of William & Harry’s Surprise Joint Walkabout With Kate & Meghan
By Stephanie Topacio Long
10 Photos Of William, Harry, & Their Cousins Honoring The Queen Together
By Stephanie Topacio Long
Ed McVey Shares A Surprising Connection With Eddie Redmayne
By Catharina Cheung
Get The Very Best Of Bustle/UK