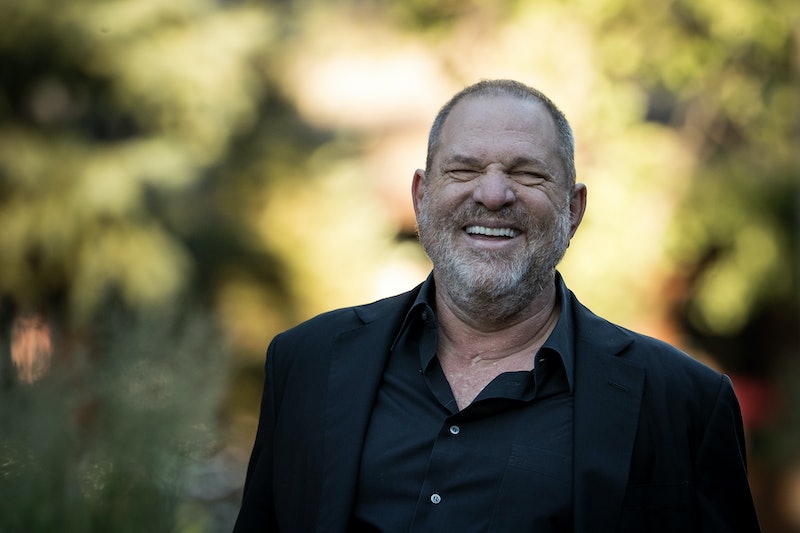 In a bombshell report from The New York Times regarding decades worth of sexual harassment allegations (which he denies), American film producer Harvey Weinstein apologized for his behavior in the workplace and announced he would be taking a leave of absence from his company. In his statement to the Times about the harassment allegations, Weinstein said he respected all women and regretted what happened but hoped his actions would speak louder than words.

"I appreciate the way I've behaved with colleagues in the past has caused a lot of pain, and I sincerely apologize for it," Weinstein wrote in a statement provided to the Times. "I realized some time ago that I needed to be a better person and my interactions with the people I work with have changed."

In a report released Thursday, the New York Times alleged Weinstein had made numerous inappropriate sexual advances on women who worked for or with him over the span of nearly three decades, leading to a toxic work environment. The report includes disturbing accounts from two women and notes that "dozens of Mr. Weinstein's former and current employees, from assistants to top executives, said they knew of inappropriate conduct while they worked for him." The Times report also claims Weinstein settled with at least eight women in incidents regarding inappropriate conduct. Actress Rose McGowan is reportedly among those women to have reached a confidential settlement with Weinstein. Weinstein's lawyer, Lisa Bloom, has denied the allegations on Weinstein's behalf.

In an interview with the Times, actress Ashley Judd recalled being invited to meet with Weinstein roughly 20 years ago at the Peninsula Beverly Hills hotel. Judd told the Times that Weinstein had greeted her in a bathrobe and offered to give her a massage or shower in front of her. According to a memo reportedly sent to Weinstein Company executives by Lauren O'Conner, in 2015 a female assistant accused Weinstein of pressuring her to give him a massage while he was naked.

While Weinstein offered the Times an apology for his behavior, he also appeared to offer up a reason for his inappropriate behavior with women. "I came of age in the 60's and 70's, when all the rules about behavior and workplaces were different," Weinstein said about the allegations in his statement to the Times. "That was the culture then." However, Weinstein went on to stress he'd since learned that was "not an excuse."

Weinstein went on to stress his respect for women. "I so respect all women and regret what happened," he said. He claimed he was now being tutored by Bloom, who had put together "a team of people" reportedly tasked with helping him on his journey to "learn about myself and conquer my demons." Weinstein also said he'd brought on therapists to help him address his issues. "Trust me, this isn't an overnight process," Weinstein said in his statement to the Times. "I've been trying to do this for 10 years and this is a wake-up call. I cannot be more remorseful about the people I hurt and I plan to do right by all of them."

Weinstein also pleaded for his community to give him a second chance. "Though I'm trying to do better, I know I have a long way to go," Weinstein said. "Jay Z wrote in 4:44 'I'm not the man I thought I was and I better be that man for my children.' The same is true for me. I want a second chance in the community but I know I've got work to do to earn it."

To begin his journey "to learn about myself and conquer my demons" Weinstein will reportedly take a leave of absence from his company, Weinstein Co. It is unclear when, or even if, he will return to the company's helm.

Bloom sent a statement to Bustle about her role advising Weinstein:

Harvey Weinstein and I have had many wide ranging conversations over the last year about rumors and allegations against him. He denies many of the accusations as patently false. Nevertheless, I have explained to him that due to the power difference between a major studio head like him and most others in the industry, whatever his motives, some of his words and behaviors can be perceived as inappropriate, even intimidating.

As a women's rights advocate, I have been blunt with Harvey and he has listened to me. I have told him that times have changed, it is 2017, and he needs to evolve to a higher standard. I have found Harvey to be refreshingly candid and receptive to my message. He has acknowledged mistakes he has made. He is reading books and going to therapy. He is an old dinosaur learning new ways. He wants to reach out to any of the women who may have issues with him to talk to them in a respectful, peaceful way, with me present if that is acceptable to them. He has been working on a major foundation with USC with one of the largest grants for female directors, which started well over a year ago. And as we work together on a project bringing my book to the screen, he has always been respectful toward me.

He is deeply bothered by his some of his emotional responses. He has been working on his temper for over ten years and is chagrined the issue still plagues him. He recognizes he needs time off to focus on this issue and has much to learn. He wants to reach out to teachers with expertise in this area.

Harvey is not going to demean or attack any of the women making accusations against him, although he does dispute many of the allegations. Instead, he is going to use this as a painful learning experience to grow into a better man. I will continue to work with him personally for as long as it takes.

In addition, Harvey has asked me to do a comprehensive review of his company's policies and practices regarding women in the workplace. I will make recommendations to ensure that gender equality and zero tolerance for workplace misconduct aren't just goals, but a reality.