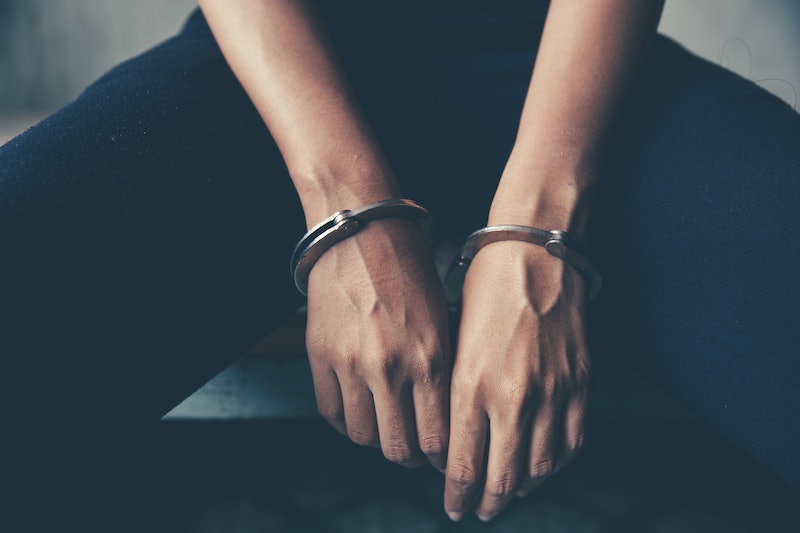 CBD is supposed to help you chill out, but trying to figure out whether it’s legal where you are can have the exact opposite effect. The law concerning CBD is kind of all over the place, depending on where you live, and so far the federal government has risen to the challenge of regulating it with the equivalent of a shrug emoji. While experts say your chances of getting in legal trouble for taking CBD are low, people have been arrested for possessing CBD in recent years.

The cannabis industry celebrated this past December when President Donald Trump signed a bipartisan farm bill that made hemp federally legal. That led some advocates of CBD, which is usually derived from hemp, to assume the compound would be legal in all 50 states. Unfortunately, the legal status of CBD isn’t clear-cut in every state.

According to David Wunderlich, a CBD practice lead at Colorado law firm McAllister Garfield, it would be surprising if having a dropper of CBD oil got you in trouble with law enforcement. “How likely is it that your local prosecutor or local sheriff is going to spend the resources to chase down a consumer-sized shipment and prosecute? It’s pretty unlikely,” Wunderlich says.

But it’s not impossible. There have been raids on businesses and arrests of individual people, so legal consequences aren’t completely out of the question.

What Have People Been Arrested For?

In 2017, Ohio police arrested a man for having a container of CBD oil on his passenger seat and charged him with felony drug possession, according to the Mansfield News Journal. That case is still making its way through the legal system, even though the man says he thought he was buying legal CBD oil.

Last December, Nebraska officials sent a woman and her son to jail the day after they opened a CBD store. Nebraska law states that “all parts” of cannabis plants are illegal, and police had reportedly warned them not to sell CBD before the shop opened, according to The Omaha World-Herald.

The charges against the mother-son duo were later dropped, but the family’s store was temporarily closed. “We’re not going to enforce it,” David Eubanks, the county attorney who dropped the charges, told The World-Herald at the time. “It’s technically illegal, but like I said, it’s a situation that needs to be fixed by the Legislature.”

The Associated Press has also reported that truckers hauling hemp across state lines have been arrested by law enforcement officers who don't have the means to tell the difference between hemp and marijuana during an arrest. Other states, including Idaho and South Dakota, have criminalized buying and selling CBD.

Given these incidents, industry leaders say the federal government desperately needs to clarify the legal status of CBD.

Why Are They Getting Arrested?

Food and dietary supplements are both regulated by the U.S. Food & Drug Administration (FDA), but at least for now, this isn’t true for CBD. While the FDA sends out warning letters to companies who promise CBD can cure certain diseases and health conditions, the agency only announced in early April that it would begin considering regulations on CBD products.

Until those regulations are drafted and put in place, when you buy CBD, you’re basically trusting what a cannabis company says is in its product. And if you’re in a state where marijuana is illegal, you could potentially get in trouble if the labeling on your product is incorrect and your “pure CBD” actually contains THC, the psychoactive cannabis compound that gets you high.

What You Should Do

Don’t sweat it too much: Most law enforcement agencies aren’t spending their time punishing CBD buyers. Wunderlich says that the risk is usually highest among retailers and distributors — if police do decide to press charges, they’ll probably go after someone who’s selling, not buying, CBD.

So will you be thrown in jail for your CBD latte? Probably not, but it’s a good idea to avoid CBD if you live in a place that’s outlawed it.